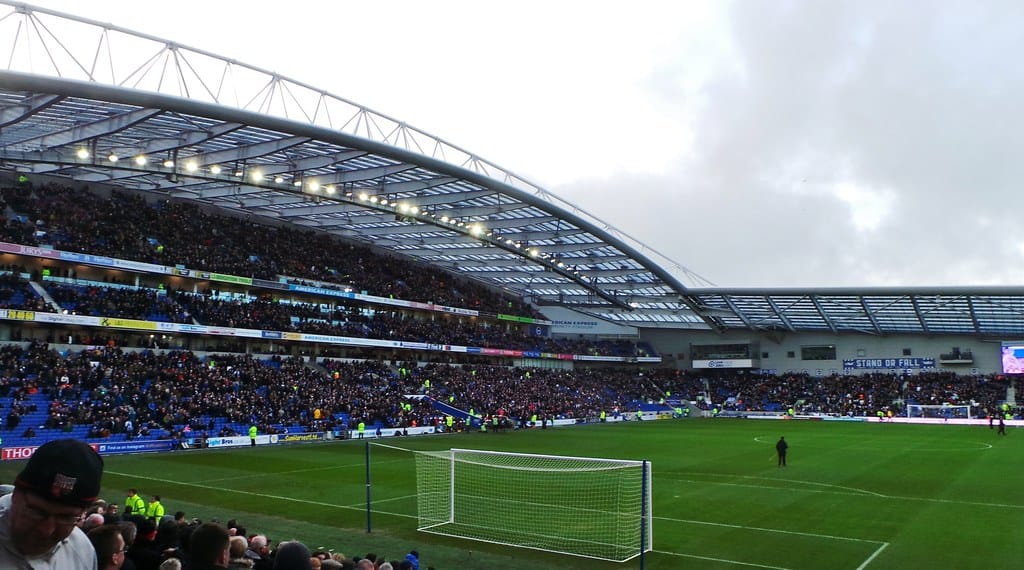 Brighton and Hove Albion have announced that two visiting supporters were arrested on suspicion of homophobic abuse during Sunday’s match with Wolves at the Amex Stadium.

Two men, aged 46 and 48 from Bridgnorth in Shropshire, were ejected from the away section during the 2-2 draw and later arrested by Sussex Police outside the ground. They have since been released pending investigation.

The incident came in the week that the Premier League announced its support for Stonewall’s anti-homophobia and transphobia ‘Rainbow Laces’ campaign, and rainbow flags and banners were held up by fans at the Amex throughout the game.

It’s both sad and depressing that once again we find ourselves having to address another situation of discriminatory abuse.

Prior to kick-off, we had a huge show of support for the Rainbow Laces campaign brilliantly backed by the vast majority of people inside the stadium — and yet before the game is over, we are forced to deal with these two individuals, who think it’s okay to behave in this way.

Working with Sussex Police, I’m pleased to report that once again our staff were able to take swift action, which hopefully will increase the chances of a conviction. We simply won’t stand for it at the Amex. It’s very hard to comprehend why some individuals think it’s acceptable to behave in this way, but we are very clear that neither Brighton & Hove Albion, nor the wider football community, will tolerate homophobia or discrimination at any time, in any form.

We would urge any fans confronted with similar discriminatory behaviour to report it immediately, either directly to a steward or via our anonymous hotline, and we will take strong action.

Sussex Police have confirmed that they will be making further enquiries into the incident, and both clubs have announced their full support for the investigation.

If you witness an incident at the Amex, or wish to complain about extreme and unwelcome anti-social behaviour by another supporter, Brighton and Hove Albion asks you to please alert a nearby steward or text details of your location, descriptions of individuals, and the nature of the issue to 07880 196442.