With this year’s Funk The Format theme being ‘Mythical creatures’, Hove Park transformed into a huge playground for fairies, fauns, and Chinese Dragons on Saturday. Unicorn and Mermaid costumes were really popular but some festival-goers also had some other really cool ideas! 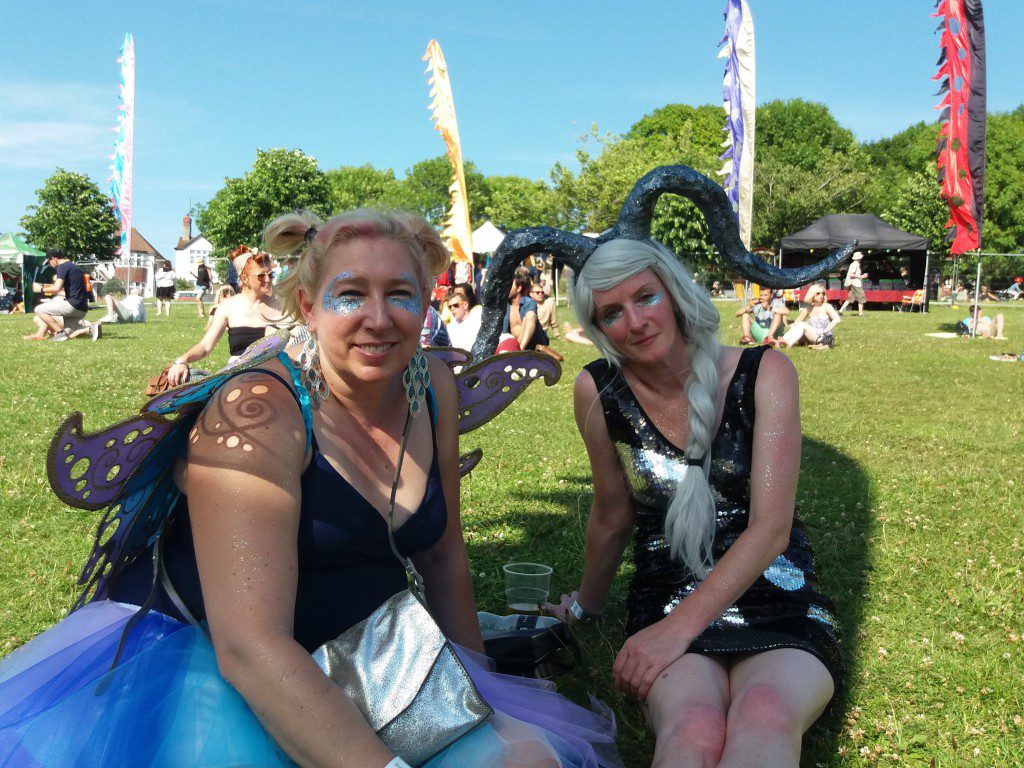 Helen and Mariah had the idea to dress up as a fairy and a Minotaur. The horns were really impressive. 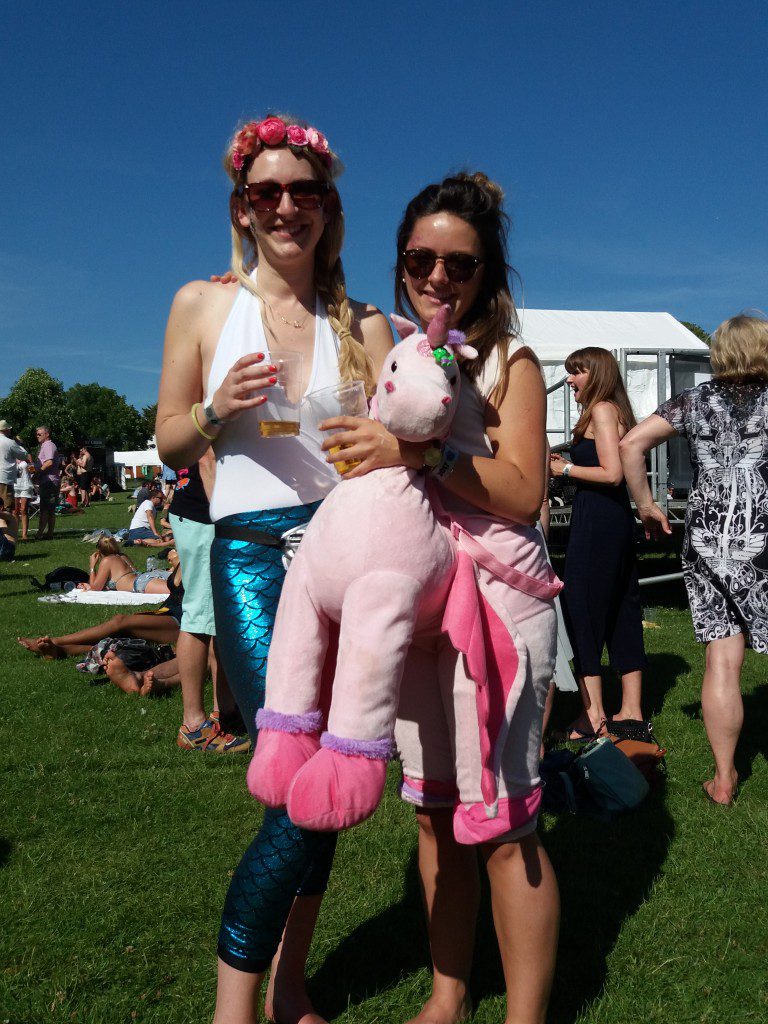 Mermaid Louise and unicorn Tess. But there still is one missing… 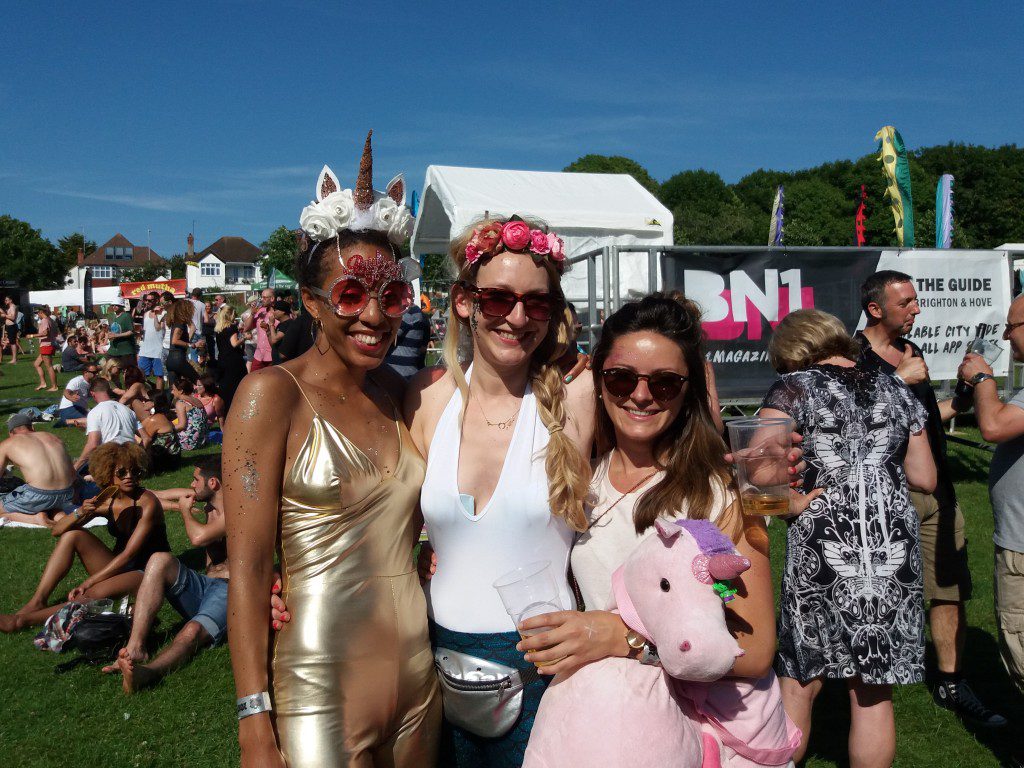 And there she is! Unicorn number 2, Jessie! We didn’t even know unicorns could be so different! 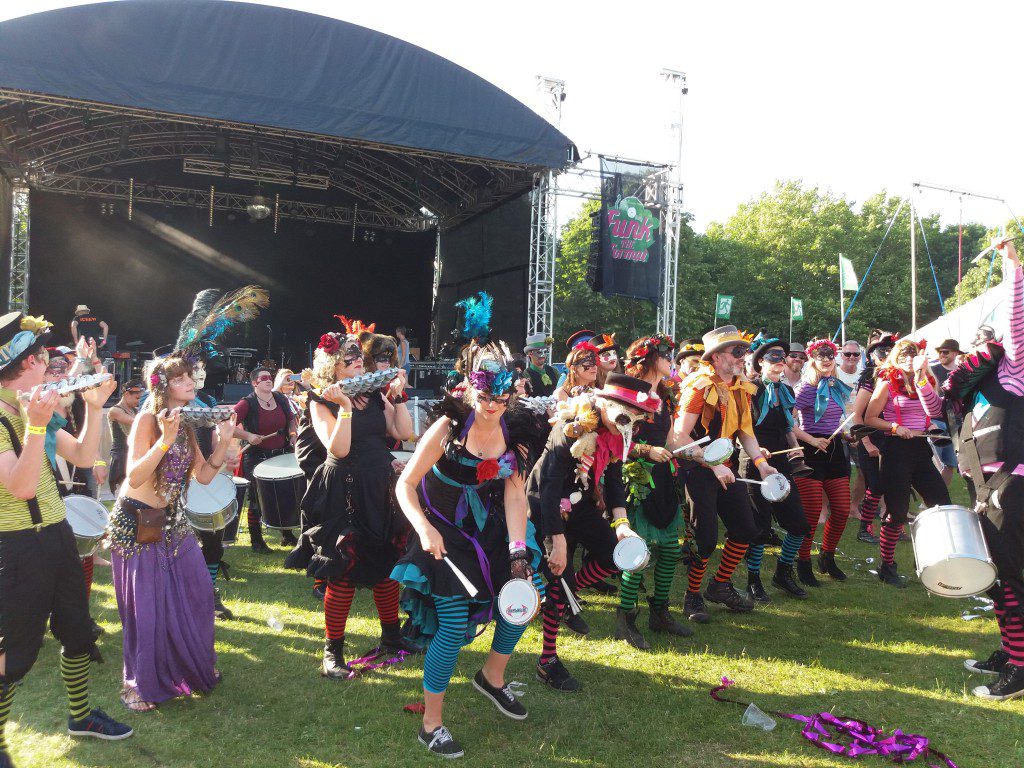 Even the drumming marching band was disguised and they looked fabulous! 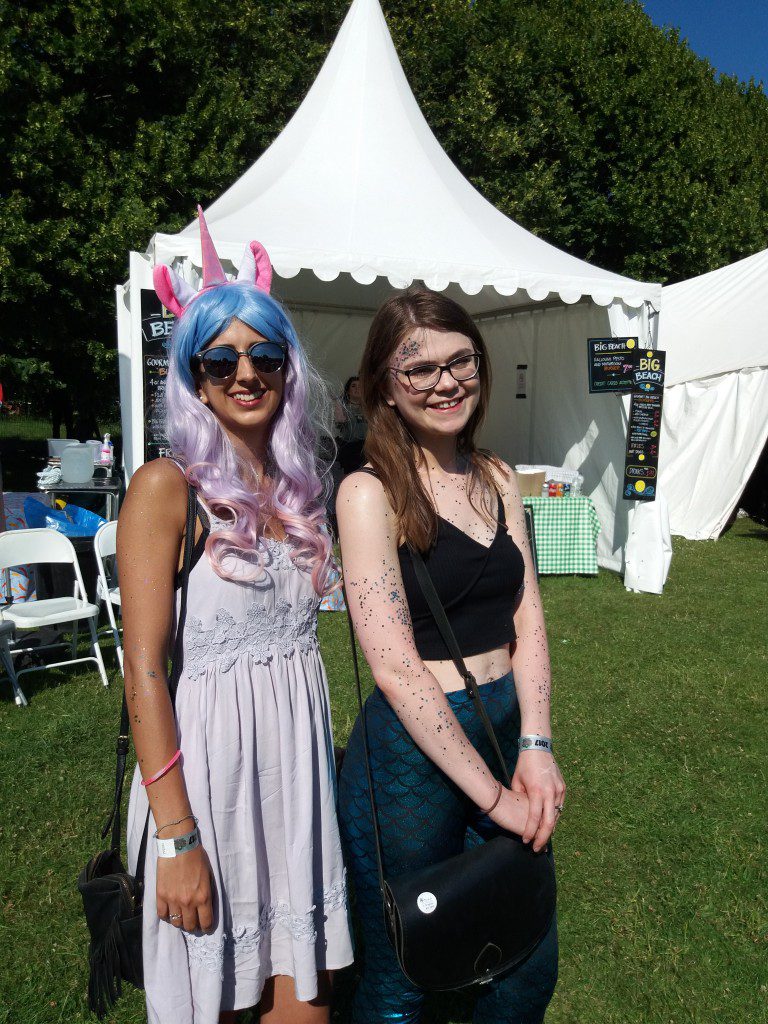 Natalie and Alice were ready to win the prize for the best-dressed unicorn and mermaid! 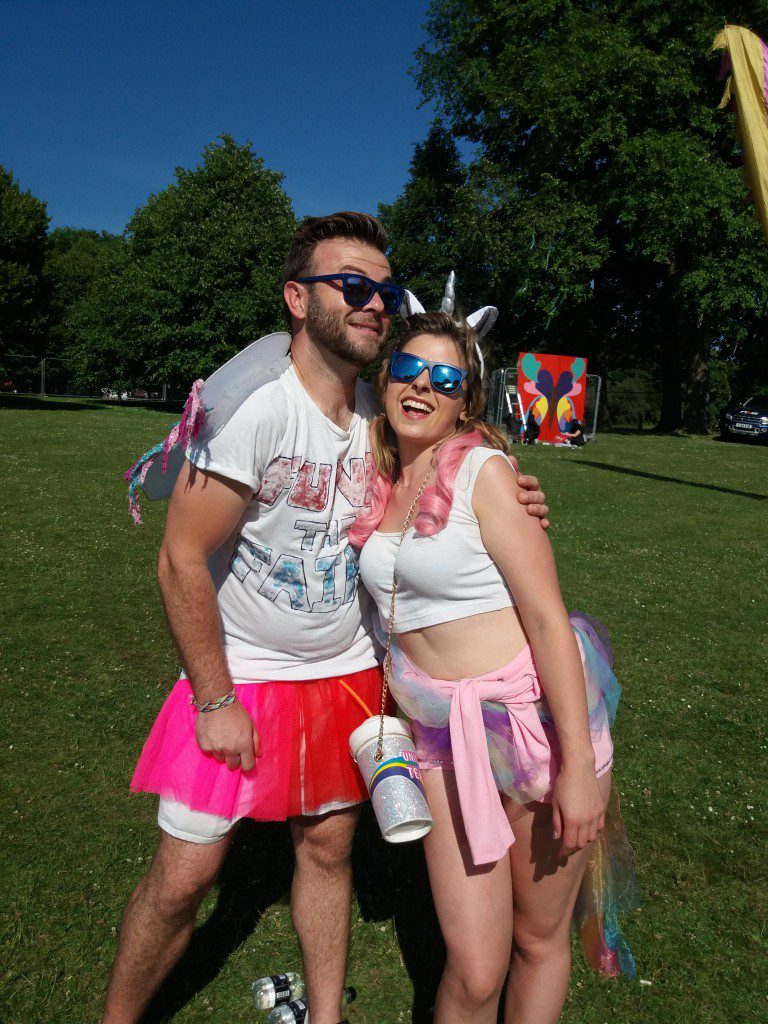 Fairy Dan and unicorn Rosie. Luckily, Rosie works as a children’s entertainer and already had loads of stuff to match the mythical creatures theme! 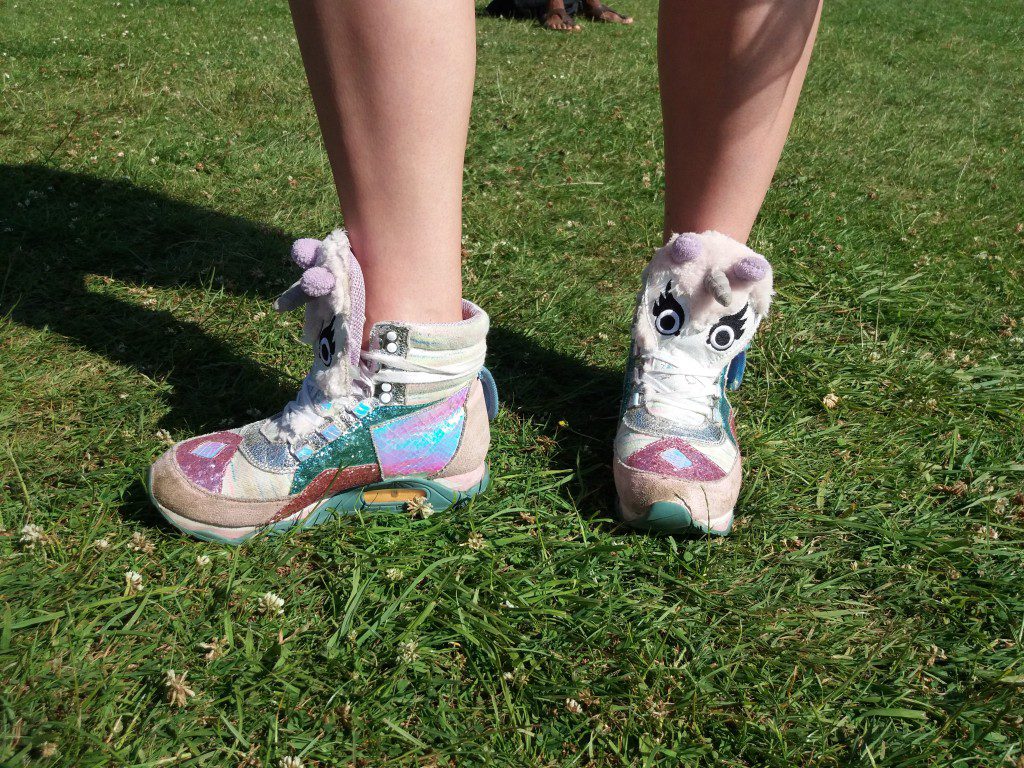 And the most amazing thing about her outfit… even her shoes matched the look! We loved them! 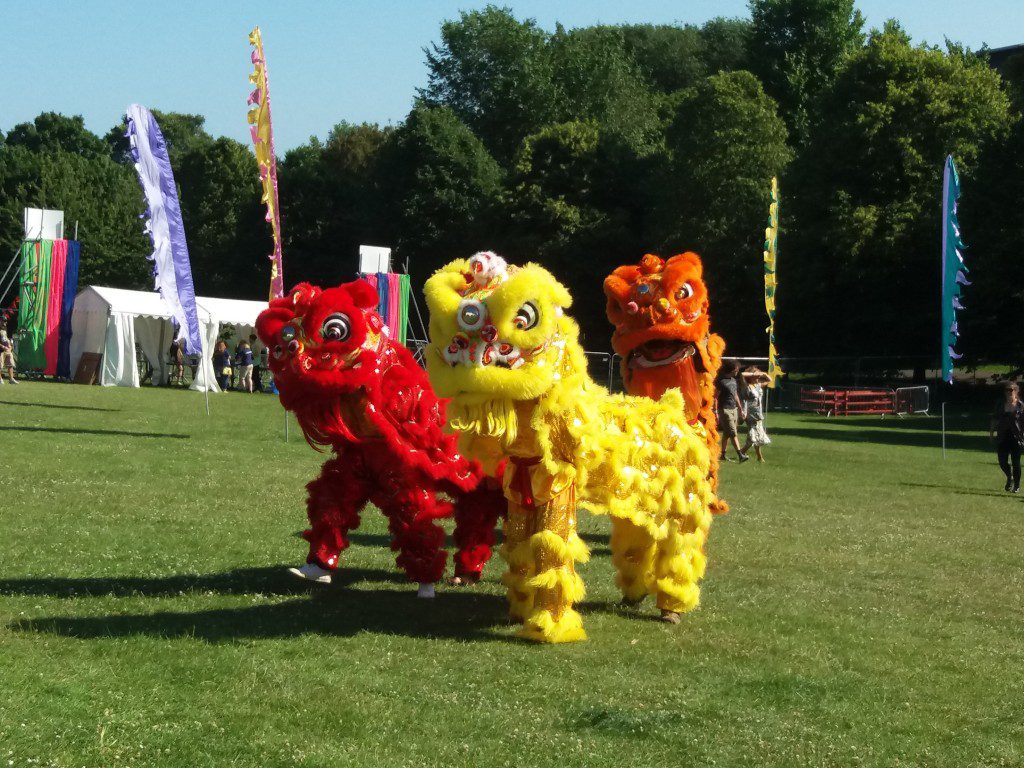 The festival’s very own Chinese dragons went for a stroll through the crowds! 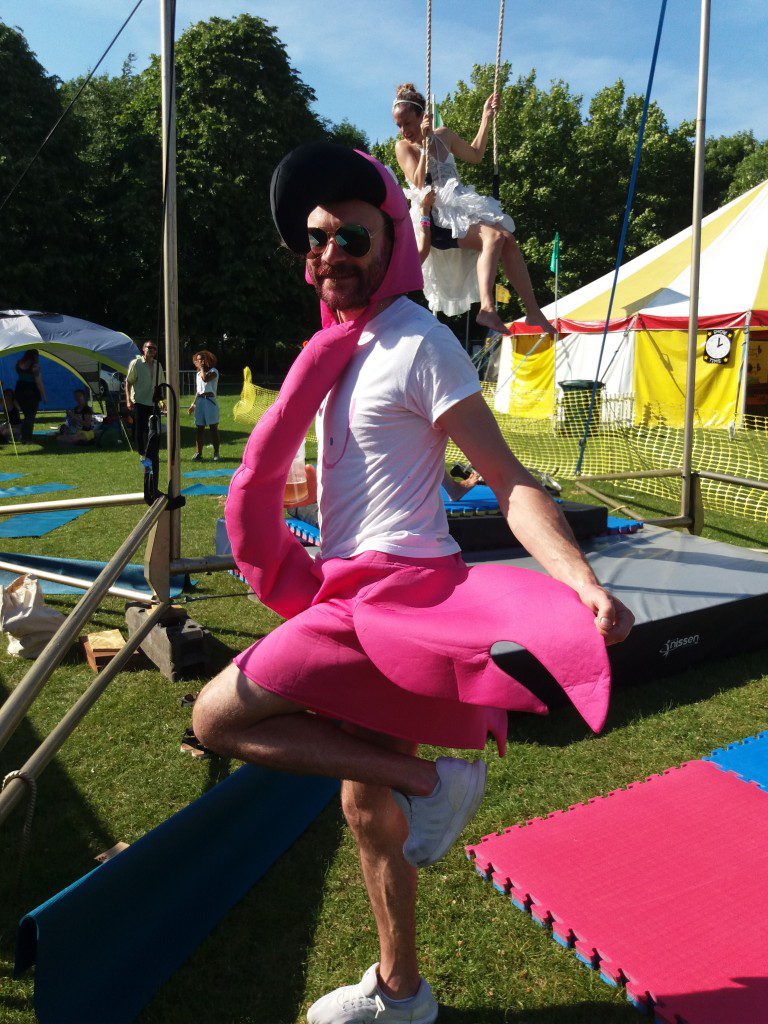 Not quite a mythical creature, but still an awesome costume! Russell didn’t have a choice when it came to his outfit. As it was his stag night, his mates had taken the decision and turned him into a flamingo! They sure did a good job, even standing on one leg was super easy for him! 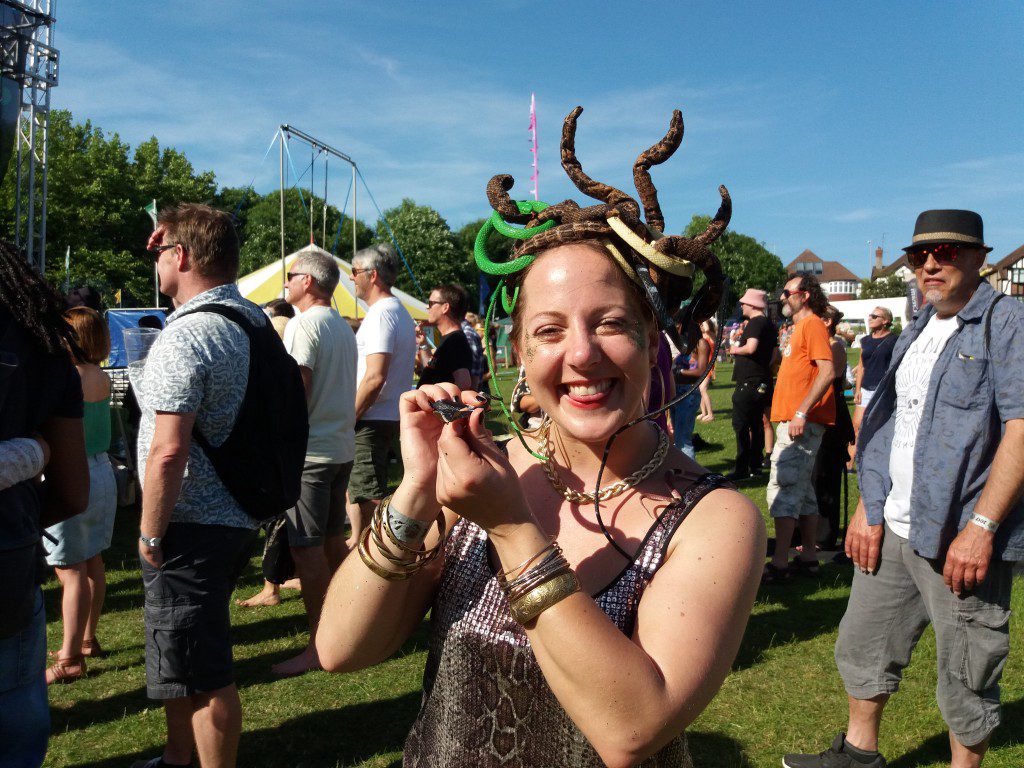 Among all the unicorns and mermaids, Bella definitely stood out with her Medusa costume. Luckily, we didn’t turn to stone when she pointed her snakes at us! 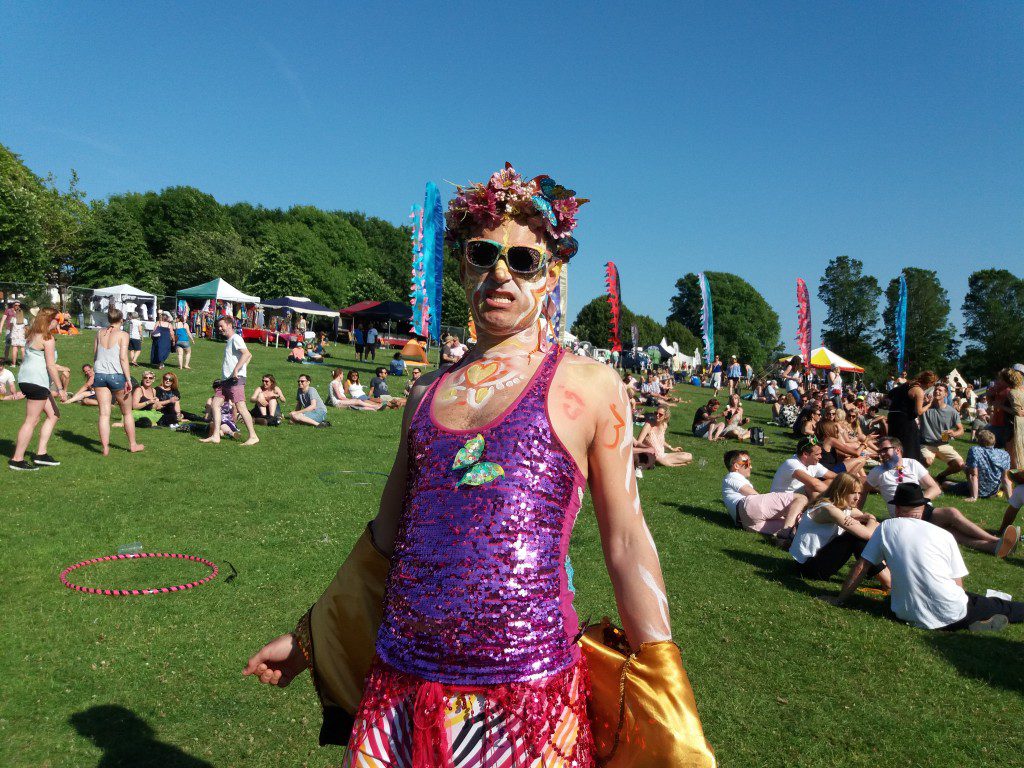 Although we weren’t a hundred percent sure what Axel’s costume was, he had a really clear mission! “I am just here to spread joy!” 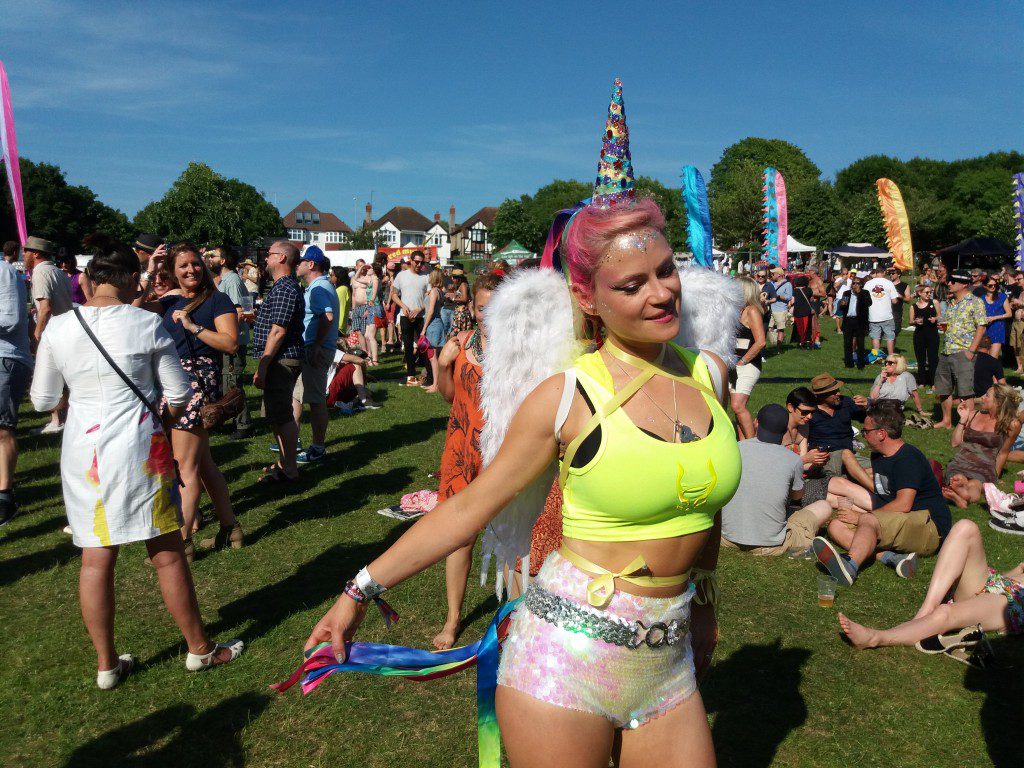 If you thought all unicorns look the same, then you haven’t met Caroline yet! “I just like unicorns with wings!” 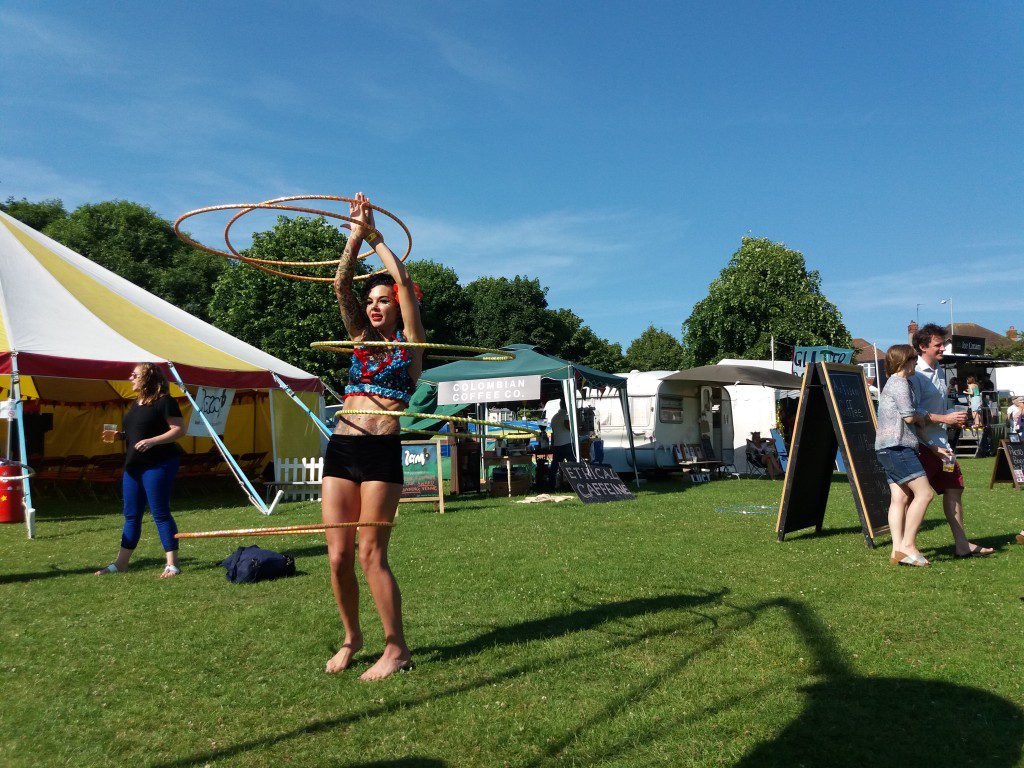 One of the most popular activities on the festival ground! Hula Hoops! This lady did an impressive job there! 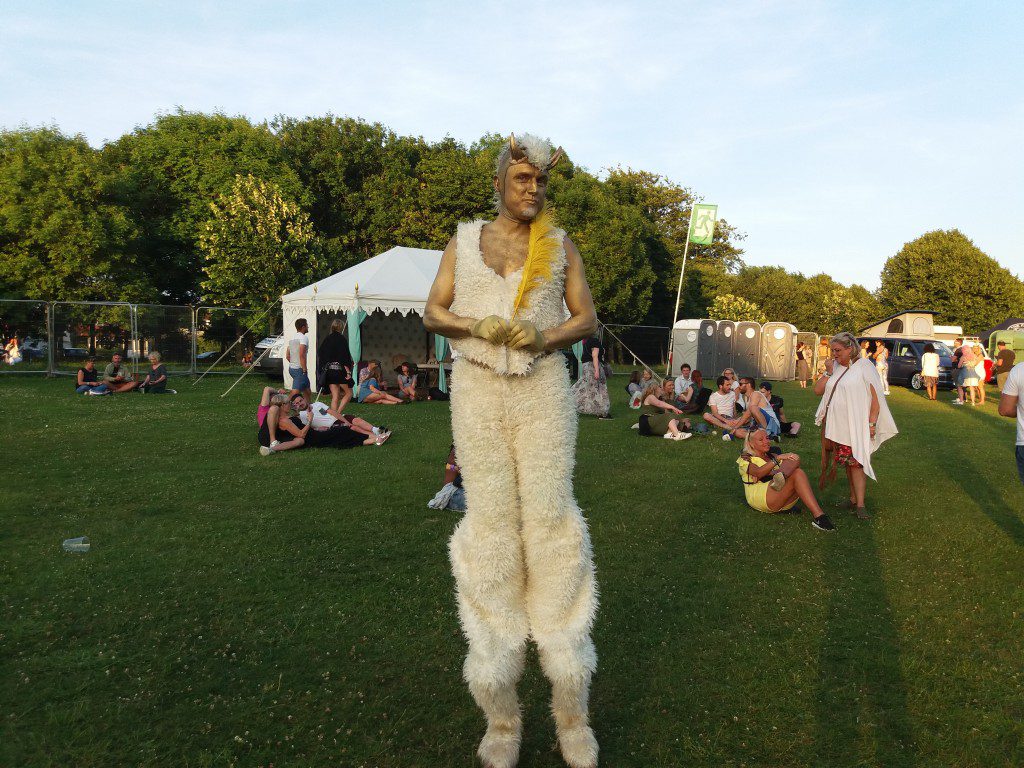 They were all over the festival ground all day long on their bouncing stilts! Amazing outfit!