Home Culture University 2020: Should I stay or should I go now? 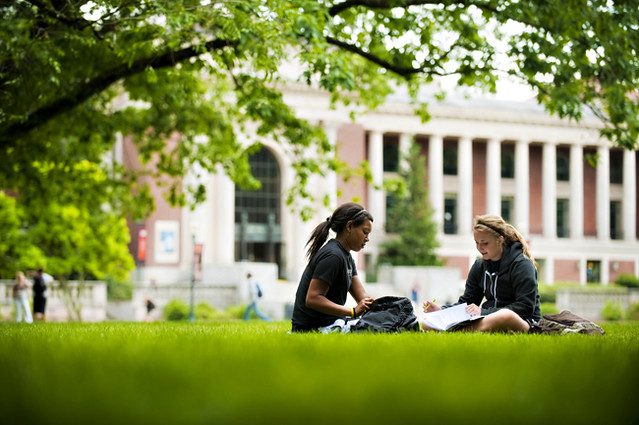 Across the country, Year 13 students are facing the tough decision of whether to go to university this year or defer their place until 2021.

With some social distancing regulations likely to still be in place in September, freshers are looking at a very different university experience, for the first term at least.

Until further guidance is issued by the Government, universities are largely unable to give definite answers regarding things like socialising and freshers’ week events.

In this article, I will weigh up just how different university life is likely to be this year, as someone who recently graduated and was lucky enough to start university when there wasn’t a global pandemic on.

Will I be able to move into halls?

Almost certainly, yes, but arrivals could well be staggered, so everyone does not move onto campus at once.

Many universities have said they are considering staggered arrivals, with some students arriving later in the year and making up time in the summer.

In a statement published on their website, The University of Sussex said: “We are expecting to welcome thousands of students to our campus and Brighton accommodation during our Welcome Weekend in September. Currently, we are creating new walkways and navigation aids, to ensure safely-spaced movement around campus.”

It’s too early to say for certain, but if you’re planning to move into halls in September, you should expect there to be some measures in place to limit the number of people you come into contact with. These could include regulations regarding visiting other people’s halls and how many people are allowed to gather indoors. While this isn’t ideal, you will still be able to socialise with your flatmates as usual, as it would be impossible to prevent you coming into close contact with them.

How will I learn?

At most universities, courses starting this September will involve a mixture of online and in person teaching.

Larger teaching sessions like whole-year lectures are likely to be conducted virtually. Some universities, like Cambridge, have announced that no face-to-face lectures will be taking place for the 2020-21 academic year, with others announcing that in-person lectures will only be starting in January.

A statement from Cambridge read: “Lectures will continue to be made available online and teaching will be delivered via a mixture of of smaller group seminars, labs, workshops and tutorials as well as online learning.”

Many universities have issued similar statements. Essentially, the message is that some face-to-face learning will be taking place, provided social distancing measures can be adhered to. The Government is currently considering reducing the 2-metre rule to 1-metre, which would make it considerably easier for universities to hold seminars and labs.

I would suggest that, in terms of learning, as long as seminars and tutorials (and labs for science subjects) are still taking place, not having face-to-face lectures doesn’t matter too much. Lectures usually just provide an introduction to a topic and involve somebody talking at you for an hour, so watching them online wouldn’t make any difference at all. It’s in seminars and labs are that you need that face-to-face contact to be able to discuss ideas and develop your thinking.

However, big-group lectures are also a social occasion; they give you the chance to meet people from your year who aren’t in your seminar groups. The simple truth is, without lectures and big group events, it is going to be harder to meet a big circle of friends in the first term.

In recent years, universities have invested heavily in online learning, so the quality of the teaching you receive is unlikely to be impacted just because more of it is virtual. How sociable this learning is will certainly be affected, though.

Thinking about independent learning, the University of Brighton has said they will be “controlling the way that facilities and services such as libraries are physically accessed.” The good news, though, is that the vast majority of the books you’ll need are available in e-book form for free through your university’s library. Most of the time, when I was writing essays, I found using e-books to be easier, as it allows you to flick easily between the book and your essay.

If you’re going to the library to study, you should be prepared for the number of people allowed in to be limited, and expect to see hand sanitising stations dotted around when you do get in. It might feel a bit strange having to sit 2 metres apart from people while doing work, but would it really get to you that much?

And what about socialising?

Unfortunately, if you start university in September, you will have to wait a while for your crazy freshers’ week, as the Government has hinted that clubs are likely to be some of the last places allowed to open.

Pubs and bars with outdoor spaces have been pencilled in for a 4th July return, so it is plausible that by September, bars on university campuses might be allowed to re-open, but it is likely that numbers will be limited.

Virtual events are likely to form a big part of university social life in the near future, so if you’ve been enjoying that weekly Zoom quiz, you’re in luck. A spokesperson for the events team at the University of Southampton said: “We’re currently planning a fully virtual freshers week, and are waiting on government guidance to see if it will be possible to hold some small events in campus venues or outside. Expect quizzes, virtual club nights and open mics! Obviously we’re not going to be able to hold the same big events we usually do, but if it’s allowed, we’d like to hold some socially-distanced events outdoors. We’d also love to be able to open up the student union bars, but again it’s too early to say.”

Missing out on first-term socialising will probably be the hardest thing to come to terms with for new students. Freshers’ week is, for a lot of people, the most memorable week of their time at university. For a whole week before classes start, you have the chance to go out to new places every night with your new friends.

It’s not all bad news, however. Freshers’ weeks make student unions and clubs in cities so much money that they will undoubtedly want to put on a more normal one at somepoint, perhaps in January.

Ultimately, as with all aspects of university life that this article has covered, whether you should let a reduced social timetable affect your decision to go to uni this September boils down to the question: do you want to delay going to university just because it’s going to be a bit different?

Many universities have already said that they will be limiting the number of deferrals they allow, so there is an argument that if you’ve already got your place, you could save yourself a lot of stress by just going this year. If you have to wait until January for a huge freshers’ week, is that really the end of the world?