Home News What Happens When Interest Rates Stay High For A Long Time? 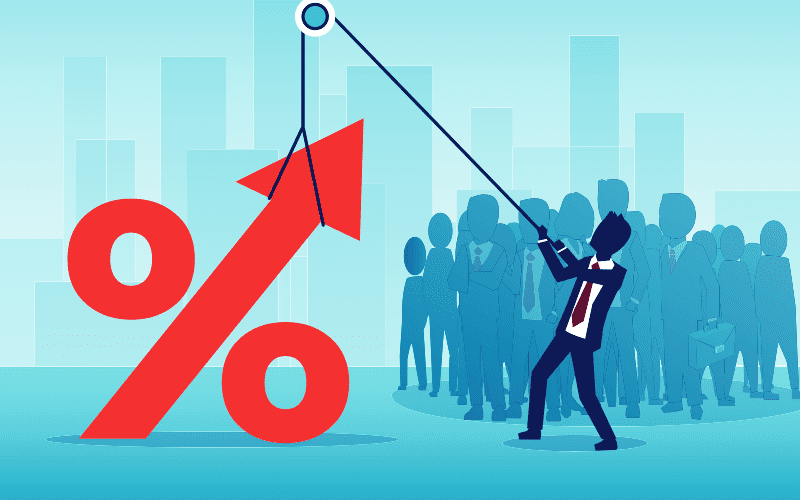 Off late, some of the biggest news sites have made in-depth reports about top economies raising their interest rates. The move, predominantly carried out by the central banks, is a way to caution economies from increasing inflation.

Central banks all over the world have a lever to safeguard people within their jurisdiction from increasing food and energy prices. The Bank of England was among the first to increase the base lending rates, which moved from 0.15 to 0.35 percent in late December.

The move was to tackle an inflation rate of about 2 percent in the country and to spur growth at the same time. However, in 2022, inflation has risen to historic levels, pushing the bank and many others all over the world to raise their interest rates even higher. Rising interest rates make Bitcoin trading in PrimeXBT and taking new loans more expensive.

Many central banks become flexible in setting interest rates when inflation rates are sky-high. The move helps control economies in a bull run, where people actively borrow and buy goods and services.

After vaccines took hold of the COVID-19 situation that had gripped the world for over two years, businesses started opening up. Consumers, eager to go back to typical life, started spending a lot of money on procuring goods and services.

In January, the US economy outdid itself —recording a growth of about 5.7 percent. The pace was last seen in the early 1990s, a signal that goods and services were in demand. However, while people wanted to buy and trade more in PrimeXBT and other areas, supply chain issues and a shortage in some production components made it difficult to meet the increasing demand.

The mismatch between demand and supply pushed up inflation rates in many economies.

Central banks, under pressure from the governments, quickly acted to stem the high demand for goods by increasing interest rates. Higher interest rates slow down borrowing and many activities involving money. That means that the supply gradually catches up with the demand, reversing inflation.

What Happens When Inflation Continuously Rises?

The bottom line is that when governments act soon, inflation rates cannot sustain for much longer. In most cases, higher inflation increases the likelihood of inflated assets that readjust when the measures taken by the central banks and steps to supplement the supply of goods take a tenacious hold on the economy.

When Do Prices Go Back To Normal After Inflation?

The period in which prices normalize after inflation varies depending on the measures taken to curb the rise in inflation. During the world wars, when most industrial complexes had been flattening because of massive bombing all over Europe; it took a while before things went back to normal. The period in between helped rebuild industries and other amenities that aid production.

In the current construct, the developed economies are trying to overcome the loss of Russia as a significant oil supplier. In addition, Ukraine is a crucial supplier of wheat and other food products all over the world. Therefore, inflation will continue to rise until there is a solution to supply issues in the energy and food segment.

Historically, the world has witnessed increasing inflation. Goods and trading activities in PrimeXBT or in other trading platforms become expensive when the world plunges into a financial crisis. Devastation disrupts the supply chain, which makes the production of goods and services much harder. However, the markets adjust as the world takes steps to cover the inhibitors that derail the production of goods and services.