Home Culture Why Brighton’s Such a Honeypot Destination for the Famous, Talented and Diverse. 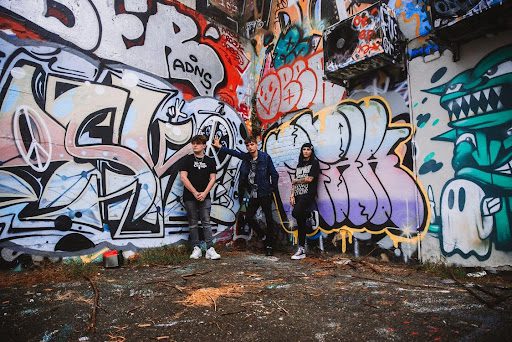 Think of most UK seaside resorts and the majority have a sort of down-at-heel feel to them. From Skegness to Great Yarmouth and Blackpool to Bexhill there’s a sense of faded glory.But the same certainly can’t be said of Brighton. It’s always had a frisson of excitement and glamour to the place, not to mention the royal connections courtesy of King George IV who took such a shine to it that he even had a palace built here.

There’s also always been a sense of being relatively close to London but still on the fringe. It’s this atmosphere of the slightly off-centre that makes it the perfect location for arguably the most famous novel in which it features, Graham Green’s Brighton Rock.Today it’s still a haven for writers and other creative people, as we shall see, and a great deal has to do with the city’s unique character and values.

Always out on its own

Perhaps the strongest single sign that the city is so unique is that we have the country’s sole MP from the Green Party in Caroline Lucas who represents the Brighton Pavilion ward. This sets the tone for a free-thinking place that dares to zig where others zag.

It’s also been responsible for a number of firsts in very diverse fields, For example, Volk’s Electric Railway was opened in 1883 and can rightfully claim to have been the very first public transportation system of its kind. The fact that it still runs today, ferrying passengers from Black Rock to the Sea Life Centre, makes it even more remarkable.

The there’s the Centre itself. It’s one of the oldest aquaria in the UK and definitely the most architecturally important. A little known fact is that it was also where some of Britain’s very first rhythm and blues performances were held in its Florida Room in the early 1960s.

Home to the rich and famous 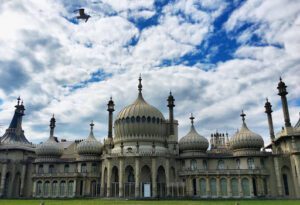 Unsurprisingly, the fine architecture, sea air and proximity to both London and the rest of the world via Gatwick Airport has meant that many celebrities have chosen to settle here – and just as many have been home grown. These come from many fields ranging from music to sport and from acting to the world of You Tube influencers.

One has to look no further than Zoe Ball and Norman Cook, aka Fatboy Slim, for a prime example of high profile residents. Then there’s Nick Cave, Pink Floyd’s Dave Gilmour and even Peter Andre who have made it their home.

From the world of sport, we have champion figure skater Robin Cousins as a resident. And, from a very different background, there is the boxing royalty of the Eubank family. Although they may not be making headlines in the ring so much these days, they retain a high profile. For example Chris Eubank Jr. is the new cultural ambassador of 888poker, one of the leading poker sites the world and one which boasts an number of similarly starry representatives.

Turning to the world of the stage and screen, the cast list is equally impressive. Possibly the biggest name is the double Oscar-winner Cate Blanchett who finds Brighton Beach just as good as any from back home in Australia – but perhaps a bit more pebbly. Then there are comedians Steve Coogan and Julian Clary who have both chosen the area for at least one of their homes. Actor, presenter and multi-million selling children’s author David Walliams is also a local resident.

There’s also a whole new generation of inhabitants who have been carving careers out for themselves as You Tube influencers including Zoella and partner Alfie Deyes as well as PewDiePie.

But, for all of its celebrities and the open minded and liberal policies of Brighton and Hove Council, it’s the sheer embrace of diversity in all of its forms that really marks out Brighton as unique.

One of the most obvious and visible examples of this has to be the annual LBGTQ+ Pride festival that is thought to be the biggest in the country. Over 300,000 people drawn from far and wide throng the streets in an annual celebration. And, with the addition of one of the country’s first ever Trans Pride festivals too, once again it’s ahead of the curve.

Plus, at a time when high streets all over the country are finding themselves either being taken over by the big chains or left with empty shops, the independent retail sector in Brighton continues to thrive.  The North Laine area is definitely the true epicentre of this with over 400 shops where you can pick up anything from a hand-made wicker basket to an Afghan kilim. There’s also the famous Flea Market that’s the perfect place to pick up some vintage fashions that capture the quirky Brighton look. 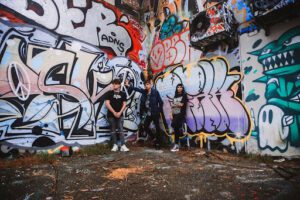 Also vital to mention is the art that is such a distinctive part of the street scene. From the brilliantly colourful mural on the side of the Prince Albert pub to the newly opened art trail along Trafalgar Street creativity and self-expression abounds almost everywhere you look.

So there really is no doubt that Brighton’s unique spirit doesn’t just live on. It gets stronger almost by the day. And that’s why it will continue to attract the liberal, diverse and creative amongst us long into the future.