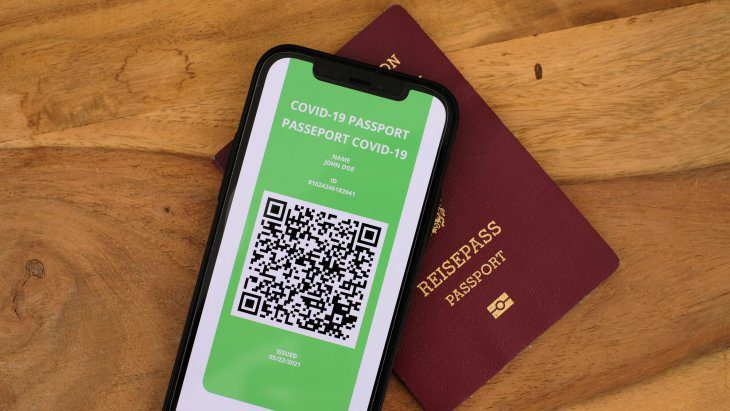 As coronavirus infections surge across Europe, and with the threat of the omicron variant looming, countries are imposing increasingly stringent pandemic controls.

Both mandates allow medical exemptions, and the Greek mandate allows exemptions for those who have recently recovered from COVID.

Other countries, including Germany, may soon follow suit, and the European Commission has raised the need to discuss an EU vaccine mandate. In contrast, the UK health secretary, Sajid Javid, has been clear that the UK will not consider a general mandatory vaccination policy.

The risk of vaccine mandates to public confidence in government are substantial, but there are even more important moral issues. Vaccine mandates are a highly significant infringement of individual liberty and, for some, they cross a line that should never be crossed. But mandates may be justified if they are necessary to achieve a proportionate public health goal and are effective in doing so.

Vaccine mandates can be effective as Italy, the US and Australia have shown for other vaccines. Will they work for COVID? It is unclear. COVID vaccine hesitancy has been driven in part by concerns about the rapid development of the vaccines and concerns about their long-term safety. This potentially generates more resistance, as does the large number of people who have recovered from COVID, and who feel that they are sufficiently protected by natural immunity.

Since the vaccines have only a limited effect on preventing transmission – around a 40% reduction for the delta variant, according to the director of World Health Organization – perhaps the most significant public health benefit that increasing vaccine uptake can achieve is reducing the number of people who become seriously ill with COVID.

In turn, this will reduce the burden on healthcare systems. Importantly, the vaccines provide powerful protection for the elderly, who are the main group putting pressure on hospitals. So if hospitals were at serious risk of being overwhelmed, it might be proportionate to mandate vaccines.

But unless the public health system is on the verge of collapse, it is hard to justify treating the decision about vaccines differently to the way we treat decisions to smoke, drink alcohol, eat unhealthily, not exercise, and so on. Even though they contribute to pressure on our health system, we nevertheless allow people to make these risky personal decisions.

In continental Europe, it may be more plausible to claim that vaccine mandates could be necessary and proportionate. Austria has a relatively low vaccination rate, with only 67% of the population fully vaccinated, although this rises to 88% for those over 60, who are more vulnerable to severe disease or death. Existing methods have not succeeded, so more restrictive measures might be necessary to increase uptake.

Increasing uptake might achieve a proportionate benefit if it prevents the Austrian health system from being overwhelmed. This possibility has to be considered, given the high number of infections per capita (currently, 621 per 100,000), in a country with relatively low immunity among those vulnerable to severe outcomes. Notably, though, data suggest that Austria has a greater number of critical care beds per 100,000 than the UK, which may mean that it could safely accommodate a larger surge of cases.

In comparison, although only 69% of the UK population is fully vaccinated, Office for National Statistics models suggest that uptake exceeds 97% for those over 60. Also, it is estimated that over 90% of the adult population in the UK have COVID antibodies, suggesting a high level of immunity, either natural or from vaccination.

Compared with Austria, the UK also has a lower number of cases per capita – 457 per 100,000 at the time of writing, so it is harder to argue that a vaccine mandate would be necessary or proportionate.

If any mandate can be justified, its justification will depend on facts about the level of immunity in the population, predicted pressure on the healthcare system at a given time (given levels of infection and critical-care capacity), and the likely effectiveness of a mandate. Such assessments must be made on a country-by-country basis.

What if things get worse? For example, if omicron does lead to “vaccine escape” (where the vaccine no longer works effectively against the variant), and the number of COVID hospitalisations do start increasing, the UK could rapidly find itself in a very difficult situation. If this were to transpire, one option to consider would be imposing a selective rather than a general vaccine mandate.

If policymakers must limit people’s freedom, they should do it to the least extent and affect the smallest number of people necessary. The Greek approach of making vaccination mandatory for over-60s and allowing exemptions for natural immunity is more ethically defensible than the Austrian or German proposals to make it mandatory for all adults. It is the over-60s who are most likely to need hospitalisation and ICU if they get ill, putting pressure on healthcare systems.

Vaccinations are vital and save many lives. And those who haven’t been vaccinated should strongly be urged to do so. But the UK should only mandate vaccines if it absolutely has to, and to the least extent necessary.