Home News Will Brighton and Hove be car free by 2023? 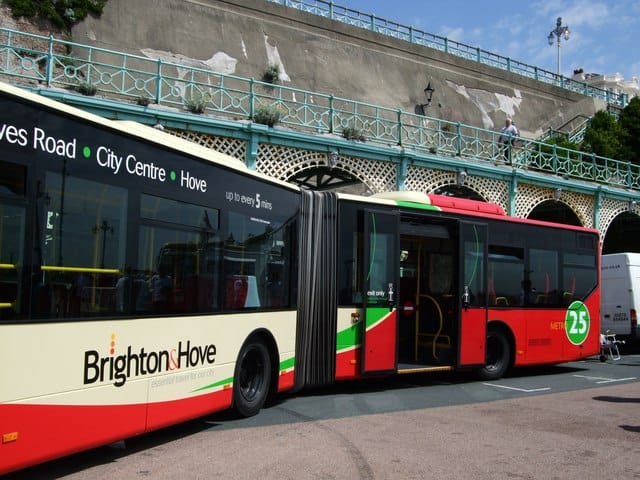 A proposal for a car free city centre by 2023 in Brighton and Hove made by Amy Heley, Green Party Councillor for Preston Park, will be debated and voted on this month.

On January 21, Brighton & Hove City Council will decide whether to follow in the footsteps of other UK cities such as York, which has already pledged to have a car free city centre in three years.

Brighton Journal spoke to Councillor Heley about her proposal, and what the next steps could look like.

She touched on how this new rule would mean a decrease in Brighton & Hove’s carbon footprint, which the council themselves have expressed a need for:

“Brighton and Hove City Council has declared a climate emergency, so I hope that my proposal to explore this will be seen as a sensible step to help our city become carbon-neutral by 2030, whilst also tackling other crises such as air pollution.”

One of her goals is to encourage the conversation around this topic, and the upcoming debate could help a lot with that:

“I’m hoping for a constructive debate that results in the motion being agreed – what it asks for is a report, so we can get more detail on the options for the city. I’m hoping this kick starts a positive conversation.”

This new change could make travelling by bus easier and cheaper for everyone in the city, which would be a must for a lot of people if cars are no longer an option:

“Brighton and Hove actually has one of the highest rates of bus use anywhere in the UK, which proves that there is infrastructure in place for people to travel by bus. However, for many the fares are incredibly high, and despite the local council having very little power over this, we must continue campaigning for truly accessible fares. If more people used busses, this would alleviate financial pressure from the bus company and hopefully allow them to reduce fares.”

The elimination of cars in the centre could also create more opportunities to safely travel by bike:

“I know from my time as a councillor that many people in the city are desperate to be able to cycle around the city, but at the moment feel too unsafe due to the lack of physical cycle infrastructure and traffic congestion. Looking at how we use public space – particularly for car traffic – could open doors to invest in more cycle infrastructure.”

“This would be a win-win situation when it comes to looking at alternatives and would encourage more active travel.  Leaving the car at home when making journeys in the city centre must become the most attractive and safest option. We want to start that conversation, as part of the broader discussion on how we can ready ourselves to meet our climate commitments by 2030.”

There would be exceptions to the rule if it is put in place, as not everyone can completely avoid driving through the city:

“If this is explored further, which I hope it will be, my main concern is making sure that people with accessibility needs are not adversely effected by any shift to a car-free city centre, so the council will have to put a plan in place to make disabled people exempt. Other exemptions that should be considered include taxis, trades vehicles, and of course emergency vehicles.”

Councillor Heley is optimistic about how Brighton & Hove residents will respond to the potential change:

“In my experience of being a councillor since May 2019 I’ve noticed that public opinion in Brighton and Hove is beginning to change on car-use in the city centre. Residents in Preston Park and in all other parts of the city have contacted me about how bad the congestion and air pollution in the city is, and urged me to do something about it.

“Combined with the greater awareness of the climate emergency, it seems to me like the people of Brighton and Hove are keen to see action like this in order to improve everyone’s quality of life. For any changes to be effective, though, Greens want to see the council work with all communities to understand how this will work for everyone in the best possible way.”

She believes this policy would align with the mindset of the high volume of progressive thinkers in the city:

“Brighton and Hove is a forward-thinking city and we must follow the example of other UK and European cities that are opening up their city centres to prioritise pedestrians – and limit car travel.”