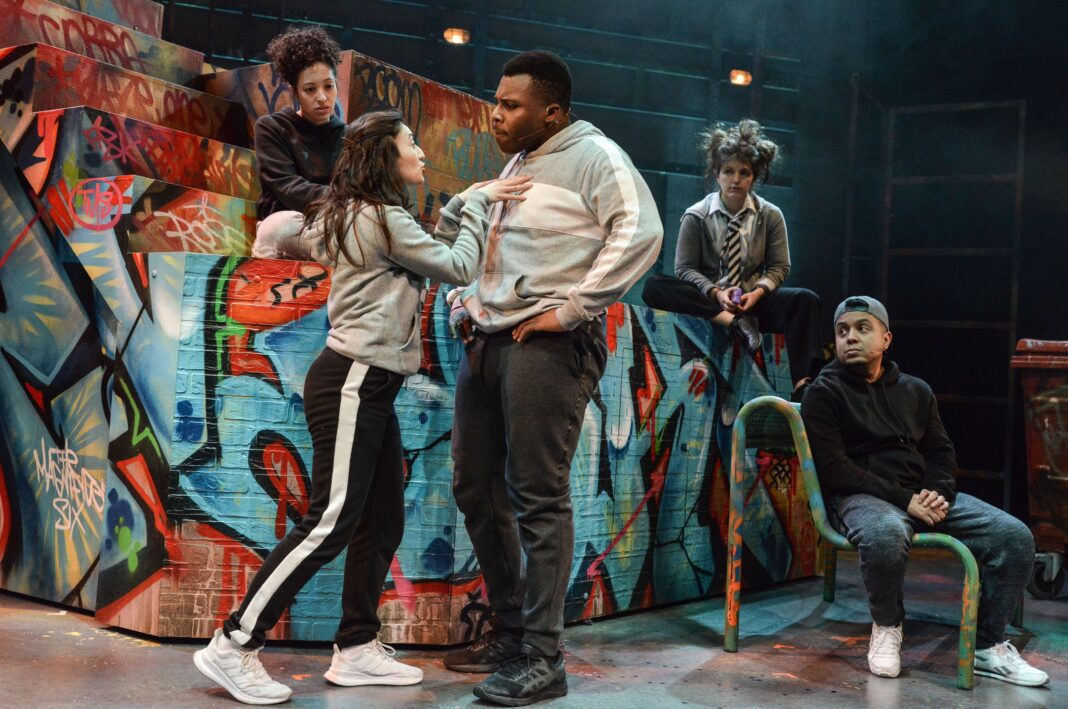 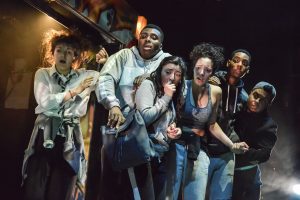 Life isn’t easy on the Crongton Estate and for McKay and his mates it’s all about keeping their heads down but when a friend finds herself in trouble, they set out on a mission that goes further than any of them imagined. Crongton Knights will take you on a night of madcap adventure as McKay and his friends ‘The Magnificent Six’ encounter the dangers and triumphs of a mission gone awry. In this world premiere adaptation of Alex Wheatle’s award winning novel, the pulse of the city is alive on stage with a soundscape of beatboxing and vocals laid down by the cast and created by acclaimed musician Conrad Murray. 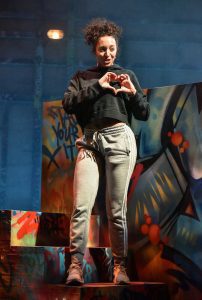 Born in London to Jamaican parents, Alex Wheatle’s first book, Brixton Rock (1999), told the story of a 16 year old boy of mixed race, in 1980s Brixton. The novel was subsequently adapted for the stage and performed at the Young Vic in 2010. Its sequel, Brenton Brown, was published in 2011. His other novels include East of Acre Lane (2001), which won a London Arts Board New Writers Award. A prequel, Island Songs, set in Jamaica, was published in 2005, and a sequel, Dirty South, in 2008. In 2010, he wrote and toured the one-man autobiographical performance, Uprising. His play, Shame & Scandal, had its debut at the Albany Theatre, Deptford in October 2015. He was awarded an MBE for services to literature in 2008.

Alex said about the new stage adaptation of Crongton Knights:

“I am very proud that Pilot Theatre are adapting my novel, Crongton Knights, for the stage. It’s a modern quest story where on their journey, the young diverse lead characters have to confront debt, poverty, blackmail, loss, fear, the trauma of a flight from a foreign land and the omnipresent threat of gangland violence. The dialogue I created for this award winning novel deserves a platform and I for one can’t wait to see the characters that have lived in my head for a number of years, leap out of my mind and onto a stage near you.”

Crongton Knights will be the second of four co-productions between Pilot Theatre, Derby Theatre, Belgrade Theatre Coventry and York Theatre Royal who last year formed – with the Mercury Theatre Colchester – a new partnership to develop theatre for younger audiences. From 2019-2022 the consortium will commission and co-produce an original mid-scale production each year. Each production will play in all the consortium venues as well as touring nationally. The consortium’s first production, Noughts & Crosses, was seen by over 30,000 people on tour with 40% of the audience being aged under 20.