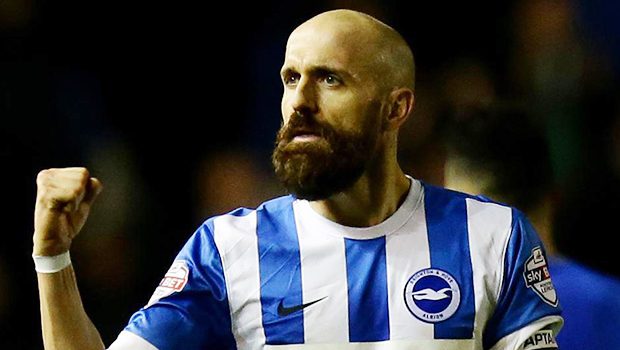 Bruno who will take the captains armband for the 2016/2017 season has been a permanent fixture in the Albion side over recent seasons becoming a cult hero with the Albion faithful in the meantime.

“Bruno is hugely respected by everyone in the squad, throughout the club, and by the fans,” manager Chris Hughton told the Seagulls’ website.

“He’s a fantastic professional and sets a superb example on and off the pitch. He stood in for Gordon Greer last season and he was the obvious choice.”

Bruno who has been at the club for over four years since his July 2012 move from Valencia has found Sussex to be a very suitable second home. Bruno reflecting on the announcement said:

“I’m really proud and it’s a big responsibility for me,”

“It’s about being an example for the young lads and the rest of the players.”

Bruno appeared in all 46 championship games last season as well as both legs of the play-off defeat to Sheffield Wednesday. He was narrowly pipped to the Albion player of the year by Beram Kayal in what proved to be his best season with the club. The Spanish defender has proven his versatility time and time again for the Seagulls appearing across the back four and even midfield during his 144 Albion appearances.

Greer who was released by the Albion last month is currently looking for a new club, it’s believed the Scotland defender is keen on staying in the Championship as he still harbours hopes of winning more international caps.