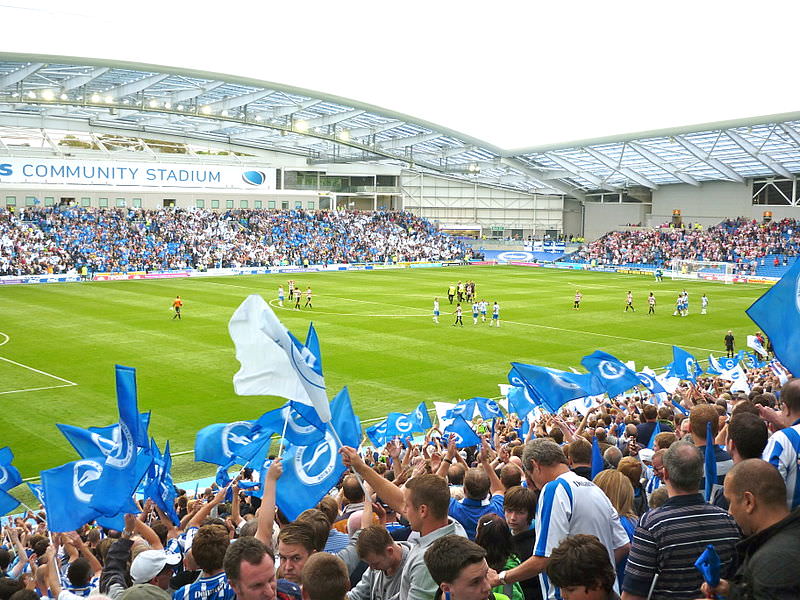 Recently, the cost of sanitary products and the detrimental effects occurring to those who cannot afford them, has come into the firing line. However, in an amazing move to help fight period poverty, Brighton and Hove Albion FC have become the first club in the Premiership to offer free sanitary products to female fans.

This decision comes as a result of the recent ‘On The Ball’ campaign, set up by three female Scottish football fans, who realised that catering to the needs of females simply wasn’t a priority in football clubs, and have since fought for stadiums to offer free sanitary products. Their campaign has been an undeniable success with Albion already committing to provide for female fans, and talks being in place at both Everton and Liverpool as to whether they will also offer free products.

This move, offering help to women who may have otherwise gone without sanitary products, is just one step amongst many that people have begun to take to end period poverty. In March 2018 Always, a sanitary product manufacturer, launched a campaign to end period poverty, in which they pledged that with every pack of sanitary pads bought before the 16th September 2018, they would donate a pad directly to UK schools that are in need. So far, a staggering 5 million pads have been provided to school girls across the country.

In another fantastic step towards ending period poverty, Scotland recently became the first country in the world to offer free sanitary products to all girls and young women via their school or colleges, and there is hope that Scotland will be the first of many countries to adopt this.

Any person who has experienced a period, or has known someone having a period, is aware of the costs: one pack of tampons can set women back at least £2 for a small pack which, when considering the average period can last up to seven days, can equate to a significant amount.

The detrimental effects of the cost of sanitary products on women in the UK are undeniable: in results published by The Independent earlier this year, it was revealed that 137,700 of girls in the UK aged 10 – 18 found themselves forced to miss school in the last year as they could not afford to buy sanitary products. It was also found that an upsetting fifth of parents had gone without something that they needed for themselves in order to equip their daughters with sanitary products.

To find out how you can help the campaign to end Period Poverty, please click here.