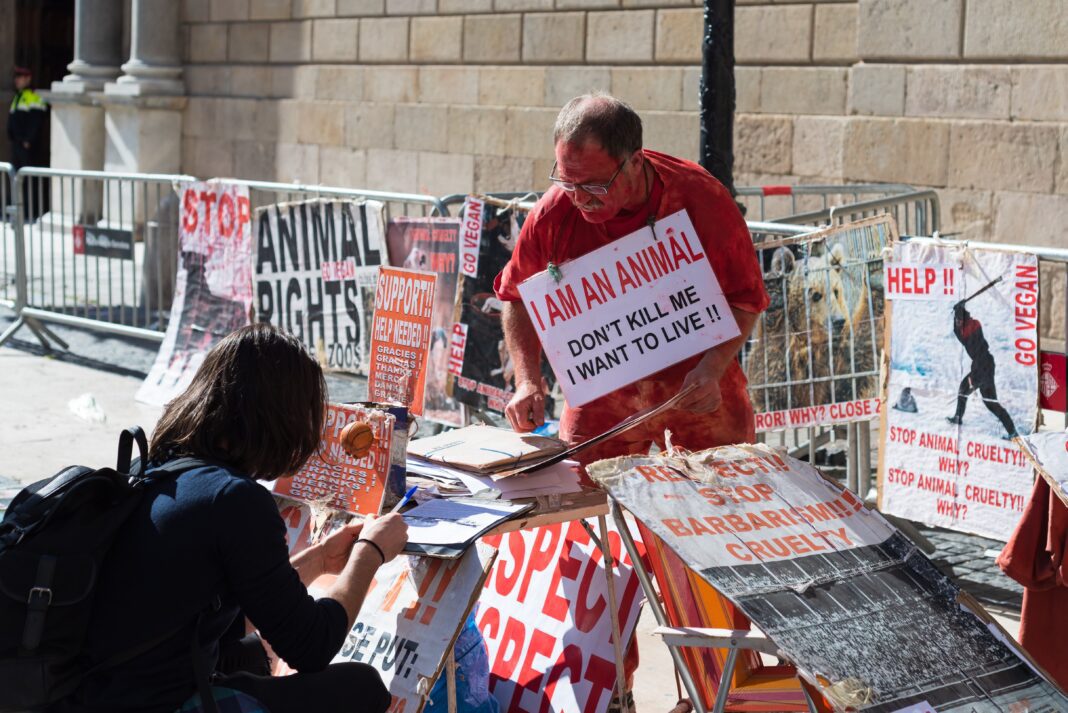 Activists representing Animal Rebellion took over a branch of McDonalds in a fight over mass meat production.

The newly created Brighton section of the organisation gathered in the restaurant at around midday on Saturday, in an attempt to create a sit-in protest that would bring attention to their cause.

The protest, within the London Road and Oxford Street branches, involved such action as invading certain areas of the restaurant and attempting to discourage customers from consuming meat.

Such action has been taken as these and other members of the vegan organisation seek to blockade the four distribution centres and pressure McDonalds into only using plant-based products by 2025.

Various activists claim to have growing support for their measures, with a growing knowledge of the effect that meat and dairy production has on causing climate change and negative environmental consequences.

Action was felt nationwide with over 100 members across the UK taking part in co-ordinated demonstrations.

McDonalds have apologised for the disruptions caused to their restaurants and food delivery but have not yet acknowledged the existence or action of Animal Rebellion.

The protestors maintain their intention is to continue to take action, with no relief until they have communication that leads to their demands being met by the company.

In a statement, they outlined their pleasure at blockades which had helped to ‘paralyse’ the food supply chain and provide a symbol of hope against animal exploitation.

This is very much the beginning, with calls to action for as many as possible to join them and assist in what is claimed to be a two-to-three-month mass campaign of direct action that will force negotiations to happen, with escalations planned imminently in order to continue to raise the pressure on the organisation.

However, legal action is believed to face all those who choose to take part in any protests that may not be law abiding, as a previous incident in 2019 led to the arrest and conviction of activists who smeared pig’s blood on the walls of other McDonalds establishments.