Home News Anti-racism in Brighton & Hove: Where are we now? 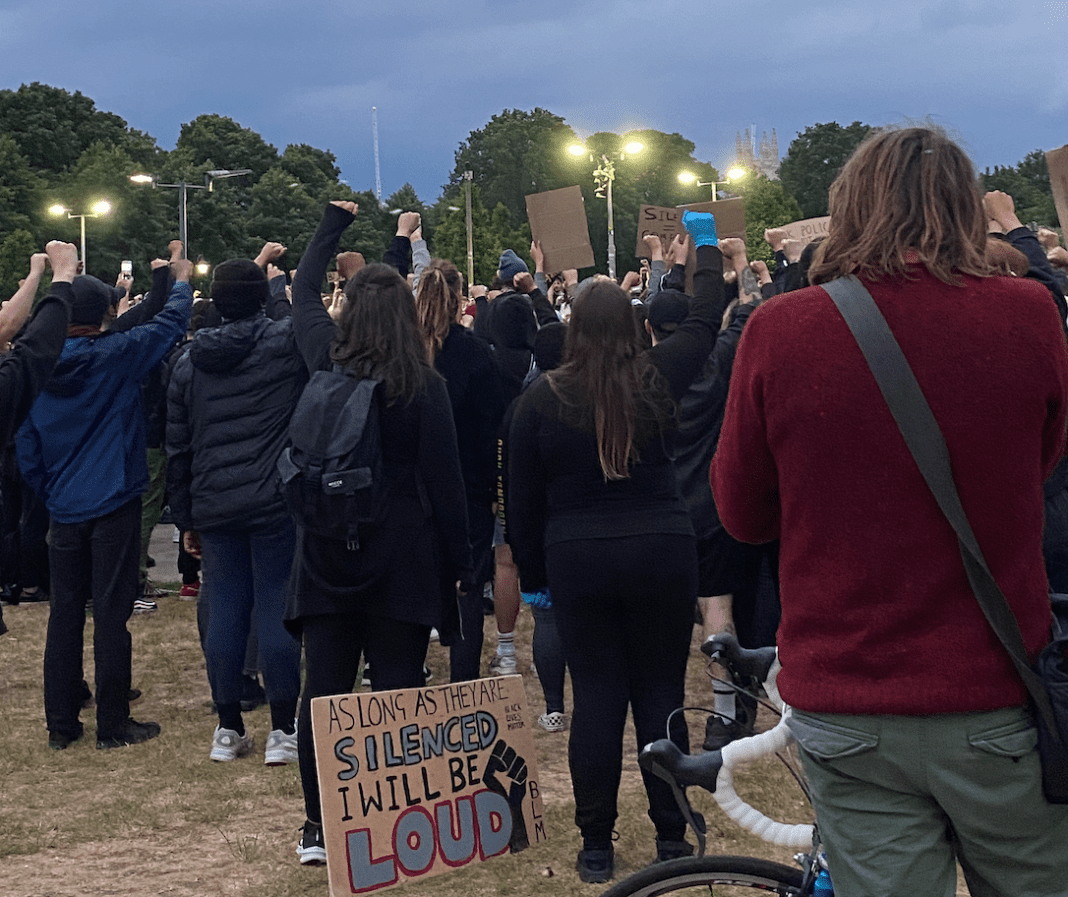 Black Lives Matter protests fighting for anti-racism have been occurring worldwide since March, and Brighton & Hove is no exception.

Protests have been taking place to put pressure on elected officials to make the changes suggested by petitions, letters, social media posts, etc.

The Official Brighton Black Lives Matter Group (Brighton BLM) put together a petition which asks the council to take a number of actions that they believe will create an anti-racist environment in the city.

The petition requests the use of proper terminology, education programs, anti-racist business policies, funding, an end to the British Airways sponsorship of the i360, and more.

Brighton & Hove City Council, considered this petition at Full Council on August 13th and unanimously accepted it for consideration. It has been passed on to the Tourism, Equalities, Communities, and Culture (TECC) committee, who will be considering it on 24th September.

Brighton BLM explained their understanding of where the petition now stands, and ask those in favour of it to keep the pressure on:

“The message Brighton BLM received stated the petition had been accepted and passed on to the Tourism, Equalities, Communities, and Culture committee. We understood that to mean it had been accepted but there were some issues to sort out, and expected a 100% yes wouldn’t happen overnight to so many demands. We urge residents in favour of this petition to continue to put pressure on the council regarding the many suggestions of how Brighton and Hove could become an anti-racist city – we don’t want it to disappear off the table.”

While the petition did receive a unanimous vote to be passed onto the TECC committee, it did not go unquestioned. Councillor Alistair McNair shared his concerns:

“While I support this petition, I do have questions. Why do I worry at the advice to use certain language? Because our freedom to express views distasteful to others is at risk. The use of language is a human right and societies which police it are often suppressive. In today’s cancel culture, one moment what you say is fine, the next it is not, and people are rarely forgiven.

“Do we really worry that schools aren’t anti-racist and non-hostile? Teachers should be free to teach history factually and critically. Racism and prejudice are tackled not by redressing representation per-say, but by teaching pupils how to discern good ideas from bad. How do we know good ideas from bad? Outcomes.”

He went on to raise concerns over the practicalities of adult anti-racism education programs and ethnicity based hiring quotas as suggested by the petition, and called its definition of anti-racism “narrow”.

Councillor Carmen Appich also spoke at the meeting, with focus on the request for an independent inquiry into the police:

“On policing, of course an inquiry should take place and as far as I understand this is already underway. Relationships between the council and the police are generally positive, and the police do actually attend TECC committee meetings. I agree that we must use our influence to improve local police practice and also be critical where we should be critical.”

She then spoke on the removal of the British Airways i360 sponsorship:

“As a member of the i360 working group, I’ve passed your comments on regarding British Airways to the directors. The sponsorship is due to expire next year, and while the council has no direct say in the matter of who the directors invite as sponsors, we can certainly influence their decisions through the members working group.”

Brighton BLM members are optimistic about the council’s efforts, but say it’s still to early to know if it’s all talk:

“It’s still too early to tell if any real effort is being made. So far all we have is words and not much action. But we understand effective social change takes time, if it could happen overnight we’d be living in a different world. We are looking forward to seeing the council put in more work.”

As for whether the group thinks the suggestions made in the petition will be acted on, they shared:

“We can only be optimistic and we have nothing to lose. It would be amazing if the council accepted all of the suggestions in the petition, but there are plenty of other suggestions the council should be taking on board from other Black-led groups if they really want to work towards becoming anti-racist.”

Councillor Nicole Brennan admitted during the meeting that there is still a lot of work to be done:

“It’s great that we have declared that we are going to be anti-racist, and I think the whole of Brighton actually pretty much is, and also at our council. But then again with the policing we had that awful incident on the Pier with a guy being tasered when it looked like there was no need for it. So, we’ve still got a lot to do.”

She also shared that as the council is mostly white, she thinks more BAME people need to come on board.

The general response to the petition from members of the council was positive, but it’s now up to the TECC committee to consider fully.

For more from the council, head to their website.