Home Culture “Much of my work is my response to living in this area.”... 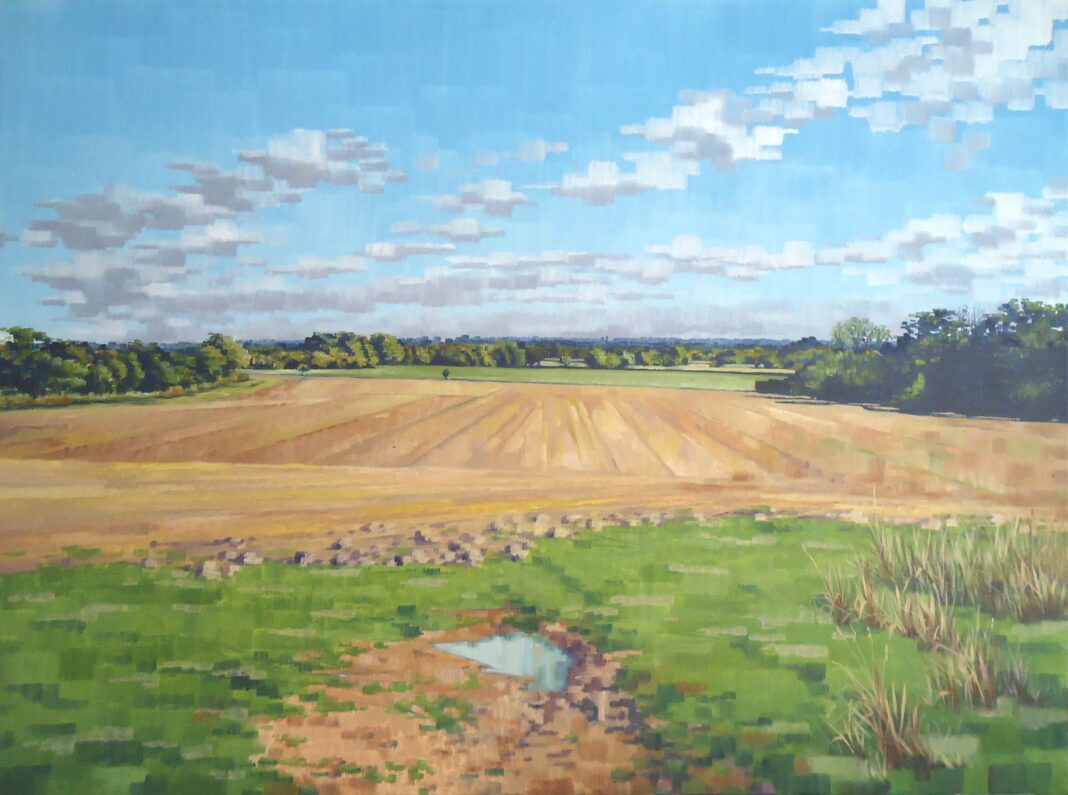 This week, we spoke to Andrew Fitchett, an illustrator and painter with an exceptional eye for detail. His landscapes of the Sussex Downs encompass the important relationship that humans have with nature and serve as a great reminder of Brighton’s close proximity to the countryside.

A running theme throughout all of Andrews artwork is the vital relationship that humans have with nature, and his pieces encompass a sense of fascination and respect for the natural world. He explains that he finds it “confusing when people talk about the natural world as something completely separate from humanity” and is worried that this separation could one day become a reality. For this reason, much of his art is an attempt to confirm his personal connection and belonging to nature, and as an extension of that, everyone else too.

“Inspiration often comes from the atmosphere of a place, a passage in a book or a piece of music. I am particularly drawn to moments of stillness and isolation.”

Andrew’s paintings are a response to the atmosphere of the downs that local people will love and recognize, and he even goes as far as to say that the work exists because he lives in this area.

Using oils as a foundation, Andrew creates a sense of abstraction through playing with scale and applying rich textures which are achieved by adding gesso, chalk, ash, charcoal and other materials from the environment he seeks to represent.

“Whether I am working on a small ink drawing or large oil painting, detail is unavoidable.”

Andrew explained to us that “being a left-handed dyslexic” has a lot to do with his decision to become an artist. He found that “drawing and painting offered the path of least resistance” because “no one minded if you started on the right and worked left“.

People with dyslexia often view the world in a different way, a perspective that can allow for real artistic skill and attention to detail. This relationship is described excellently by Brighton-based photographer Sasha Shuttleworth in her article Dyslexia Abd Me – A Different Way Of Mind ‘

Over the past ten years Andrew has exhibited his work extensively in the South East of England and London, including The Mall Galleries with the Society of Wildlife Artists, and Associated Newspapers ‘Not the Turner Prize’.  He has also been represented by Londonart.co.uk since 2003.  His work is also in private collections in UK, Holland, Germany, Norway, America and Canada. Paintings from his most recent collection are available to buy online through London Art’s website, available here.

“I like artists who hold out against trends and pursue their own personal vision. I am uncomfortable with being directly influenced by other people’s paintings as it feels a bit like contamination. To me, painting is a deeply personal journey where I am the one I am trying to inform and surprise most.”

150 women migrants and their journeys of peril

Why the low vaccination rate and decreasing cases in India