Today, staff at St.Luke’s Primary School have put up a banner on the railings of the building pointing out the shocking budget cuts planned for schools in Brighton and Hove. In the next two or three years, their budget will be reduced by £14 millions. Headmasters and teachers in Brighton and Hove are deeply concerned and ready to take action to reverse the cuts.

If cuts are applied as planned, the impact on each school in the area will be enormous. Each school will lose about £190,000, a sum that equates four or five teaching positions.

“Schools will have to make decisions about where they are gonna make the savings. But definitely, schools will have less teachers, class sizes will be bigger, support for vulnerable children will be cut and support for extracurricular activities, like music, will suffer”, explains St.Luke’s headmaster, Jonathan Cooper.

The headmaster is especially concerned about the impact on individual children as literacy teachers, learning mentors, and mental health counselors will probably be the first ones to be reduced. “We can’t cut class teachers. So we might have to make the decision that we no longer have counselors and children who have mental health issues won’t be getting the support they actually need in schools.” 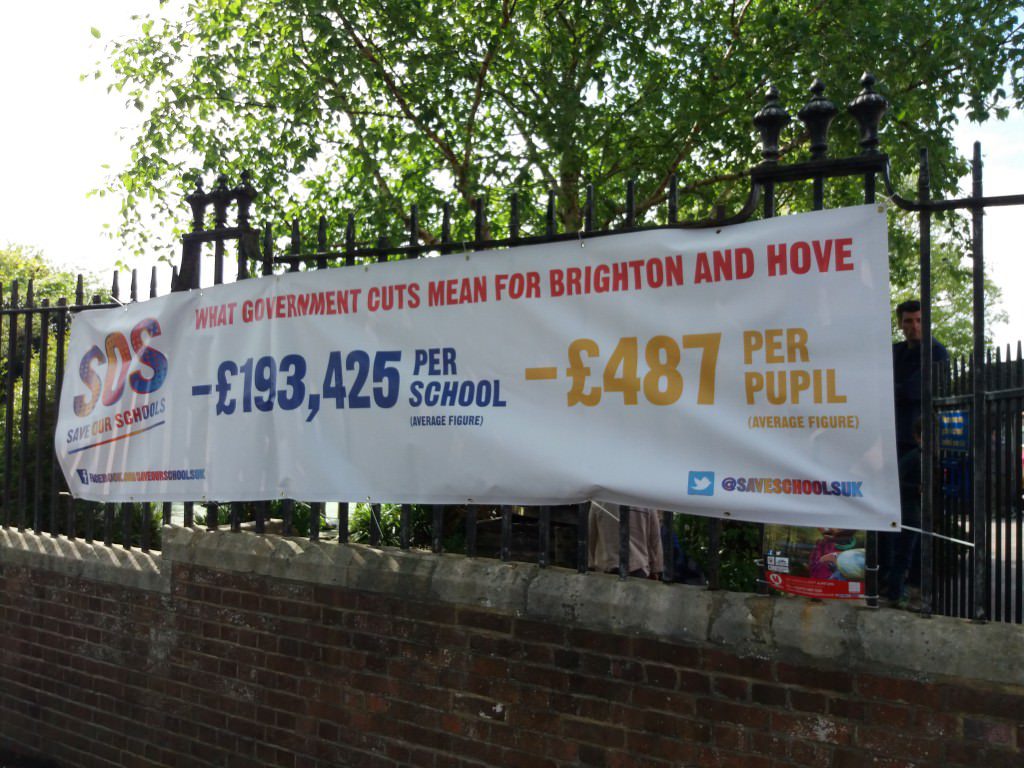 Teachers and headmasters are now trying to raise parents’ awareness and to get them involved, hoping that their voice will put pressure on politicians. “We really have to work together on this because politicians don’t really listen to unions or teachers anymore, but they will listen to parents”, says Jonathan Cooper.

Unions, teachers, and parents in the area have already launched a campaign called “Save Our Schools“. This campaign will organize several actions in the upcoming months, including assemblies and marches in Brighton’s parks and a big demonstration on the Level where they intend to get parents to write letters to their newly elected MPs.

But that’s not all. As Jonathan Cooper confirms, they intend to take their concerns directly to Downing Street.

For more information on the SOS campaign, click here.