Home Lifestyle Brighton Answers: Could Brighton be the Target for a Terrorist Attack? 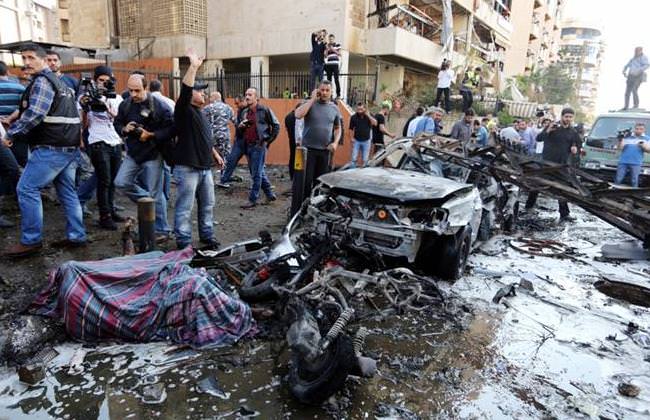 Recent terror attacks around the world have sparked further discussion and debate amongst social media users on various issues. Some people have criticized the more extensive coverage of the Paris attacks over those taking place in other parts of the world, particularly in Lebanon and Nigeria, saying that the media coverage implies that some lives are worth more than others. Likewise, users have also criticised Facebook on offering a French flag-filter option for profile pictures after the Paris attacks, but not doing so for those countries that have suffered similar tragedies.

Most of us have read the comments, the posts, and the articles circulating the internet and our news feeds on such issues. We may have even taken part in such debates ourselves, but we wanted to know what people here in Brighton thought of the recent attacks and whether they feared that something similar may happen in Brighton.

Simon and David have just left Paris, having lived there for 8 years. They have been together for four years and hope to move to Belgium at the start of the new year. Reluctant to reveal their thoughts at first, they soon open up: “We are trying to deal with it. We are suffering from Post-Traumatic Stress Disorder (PTSD). Our feelings are too complex and deep to try and explain over a short conversation.” Unfortunately, this is not the first time they have been caught in the midst of a terror attack. “Terrorist attacks are nothing new, not in the world, and not in Paris. We were there during the Charlie Hebdo shootings as well. Although deeply shaken by the recent attacks in Paris, they are not surprised by the attack saying that the war with Syria had been going on for many years and that Paris was an obvious target for terrorists. When asked about the flag filter, they respond by saying that it is “too simple” and that it does not achieve anything. They also consider it to be nationalist and that they have not taken part in the ‘movement’. To our final question whether a terrorist attack could happen in Brighton, they say “Brighton is a very liberal city, so it could be a likely target, but they would not do the same thing. They would probably do something else. You never know.”

We hope never to find out.

Annan Isis lives in Saltdean and has had to explain, more so recently than before, that her last name has nothing to do with ISIS. She’s wearing full winter gear and takes a moment sort out her earphones before answering our questions. In regards to the flag-filter of Facebook, she believes that people are entitled to do as they wish to show their support to a country suffering from loss and trauma. “Do I think an attack will happen in Brighton? I hope not. I like to think that there’s enough tolerance and awareness in Brighton that it wouldn’t happen, but you can never tell. It can happen anywhere, but we shouldn’t be scared. We should be kind, be nice to each other, and smile at people when we are walking down the street. That’s the main thing: smile, and be kind.”

That is the best we can do on a daily basis.

Stephania Gonzalez lives in Hove. Her concern, shared by her colleagues, is mainly that she works in the European headquarters of American Express. They worry that the building could potentially be a target for a terrorist attack. “I never used to think about the possibility that an attack could happen here, but after what happened in Paris, I think it is possible. I would be lying if I said I didn’t think so.” When asked about the flag filter, Stephania told us that she was not a big fan of the flag-filter or Facebook, as a matter of fact, and only used the site to keep in touch with friends and family in Spain. “I did not use the flag, because it makes it seem that what happened in Paris was more important than other attacks taking place in the rest of the world. I don’t play the Facebook game.  I sent my condolences to my friends in Paris personally, but instead of setting the flag filter, I wrote, Liberté! Égalité! Fraternité to show my support!” 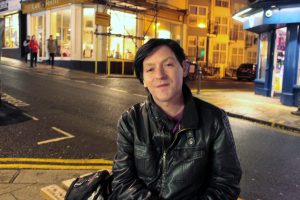 Tristan Morell is sitting on a bench, surrounded by bags from his daily shop as we approach him. He has been living in Brighton for many years and is a professional clairvoyant and tarot card reader.We ask him about the possibility of a terrorist attack in Brighton. “London is probably more in danger, but why not Brighton? This is the gay capital. We have everything [terrorists] hate here. You never know. You could be sitting in a pub, having a drink, and then some mad person comes in and starts shooting everyone. What’s happening now is quite scary, all those innocent people killed just like that. Why would anyone do that? They’re just nuts.” Being half-French himself, Tristan makes it clear that he believes that the flag-filter is a great way to share in the pain of those suffering in France. “I think it’s a wonderful way to show unity against terror. Everyone is joining together. All my friends have done it on Facebook. 129 lives were taken, that’s a significant number of people, but in regards to changing my profile picture, that’s what I chose to do. You can’t [change your profile picture] for everything,” he said, pointing out that he couldn’t keep track of all the attacks happening all around the world. The Paris attacks had simply hit too close to home.

Graham Cushway is a security and counter-terrorism expert working in Baghdad. When asked the same question he said the following: “The people of Brighton should not be overly alarmed right now, despite the recent atrocities in Paris. To date, The Islamic State and related terror groups have attempted to target capital cities rather than regional centres like Brighton, which they would consider a target of secondary importance. This is partly because they are concerned with grabbing headlines. Whatever the Facebook commentary might be, they would certainly have been more satisfied with the attack in Paris than others Lebanon and Nigeria, because they succeeded in attacking a major capital in the western world, which will attract far more donations from Islamic charities and volunteers for their cause.

However, staging attacks like the ones in Paris is exceptionally complex and difficult for any terror group and if a similar attack was attempted, it is more likely to occur in London. While terror plots have been hatched in Crawley, to the north of the city, these targeted the London underground and Brighton just doesn’t have any significant transport hubs or other areas in which people concentrate in large enough numbers to warrant a suicide attack, or series of attacks. While there is a Muslim community in Brighton, which Islamic terror groups do require, there is no evidence of particular militancy – certainly nothing like the radical mosques found in Paris or London. As such at this stage I would consider Brighton to be highly unlikely as a target for this kind of mass attack. However one-off lone wolf attacks cannot be ruled out anywhere, and we may see something here in future years as The Islamic State’s campaign escalates.”

What do you think? Let us know in the comments below.