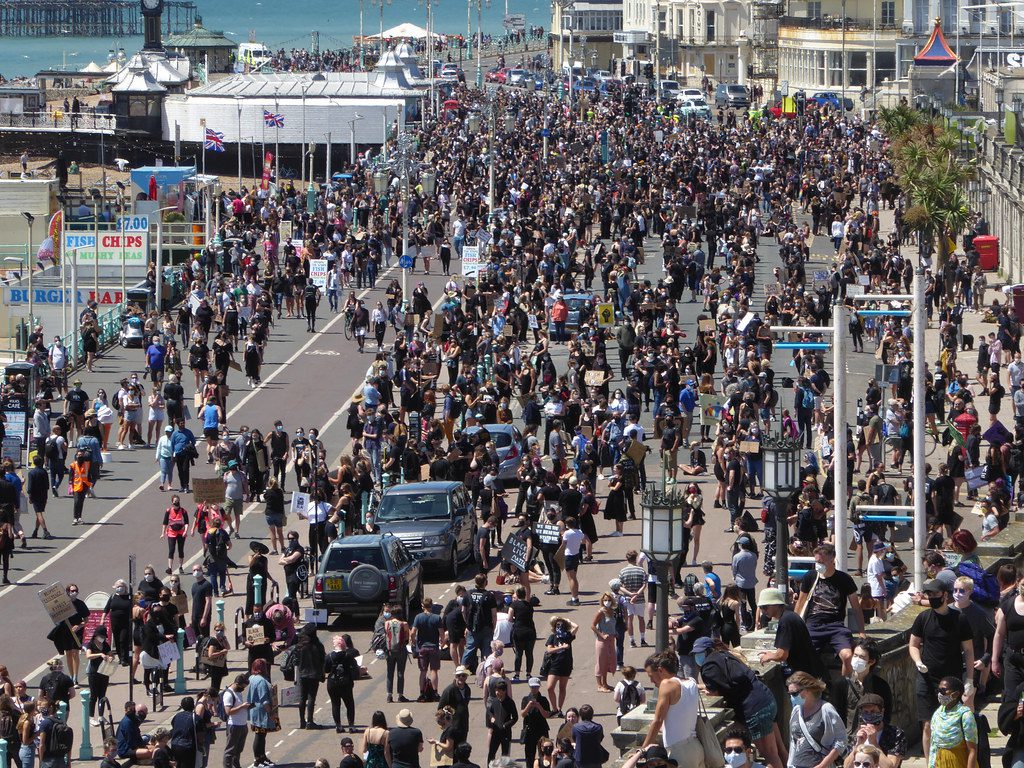 Since Black Lives Matter protests erupted worldwide earlier this year, the council has pledged to work towards cultivating an anti-racist atmosphere within the council and throughout the city.

“This summer’s incredible Black Lives Matter protests powerfully demonstrated how much more needs to happen for Brighton & Hove to affirm its status as a welcoming and diverse city.

“BME communities have been clear that action taken so far has not led to the change we all need to see, for a fairer, more equal society.”

The Official Brighton Black Lives Matter Group, which organised a number of the thousands-strong protests that took place across Brighton & Hove, have also been fighting against racism on a local and national scale.

The group has now released four local demands, which are aimed directly at Brighton & Hove City Council. These demands are as follows:

“Brighton and Hove City Council (BHCC) should conduct an investigation into the use of stop and search by Sussex Police in our city and other racist practices such as use of force.”

“The BHCC should conduct an inquiry to determine the BIPOC [Black, Indigenous, People of Colour] wage gap in our city.”

“BHCC should fund BMEYPP (Black and Minority Ethnic Young People’s Project) and help them secure premises for a community hub.”

“BHCC should end British Airways sponsorship of i360 and ring fence the £3.1 million owed by BA specifically for investment in Black and PoC community projects (British Airways makes £30 million a year from racist deportation contracts).”

Just one day after these demands were released across social media, BHCC announced the first actions they’ll be taking to become an anti-racist council.

They outlined the following steps, which were largely shaped by feedback from local residents:

Although the council’s list of local actions is much longer than the list of demands, it does little to address them. There is mention of working with the police to combat racism, but this falls short of Brighton BLM’s demand for an investigation.

The one demand that is seemingly being partially met by this initial action plan is the need for BAME community groups, however the council did not indicate any plans to support the specific youth-focused cause that the BLM group recommended.

Cllr Powell emphasised that this list only the beginning, and further explained the council’s aims in terms of anti-racism:

“The launch of the council’s anti-racist strategy and recent BME communities fund are only some of the ways we can set out the council’s own commitments to change.

“From recruitment, to representation, to school curriculums, education and our engagement with BME communities, the city council has an important role to play as advocates for anti-racism work across our city and while this is just the start, our aim is for the strategy to outline what happens next.”

Click here to learn more about the council’s most recent plan to become an anti-racist council.