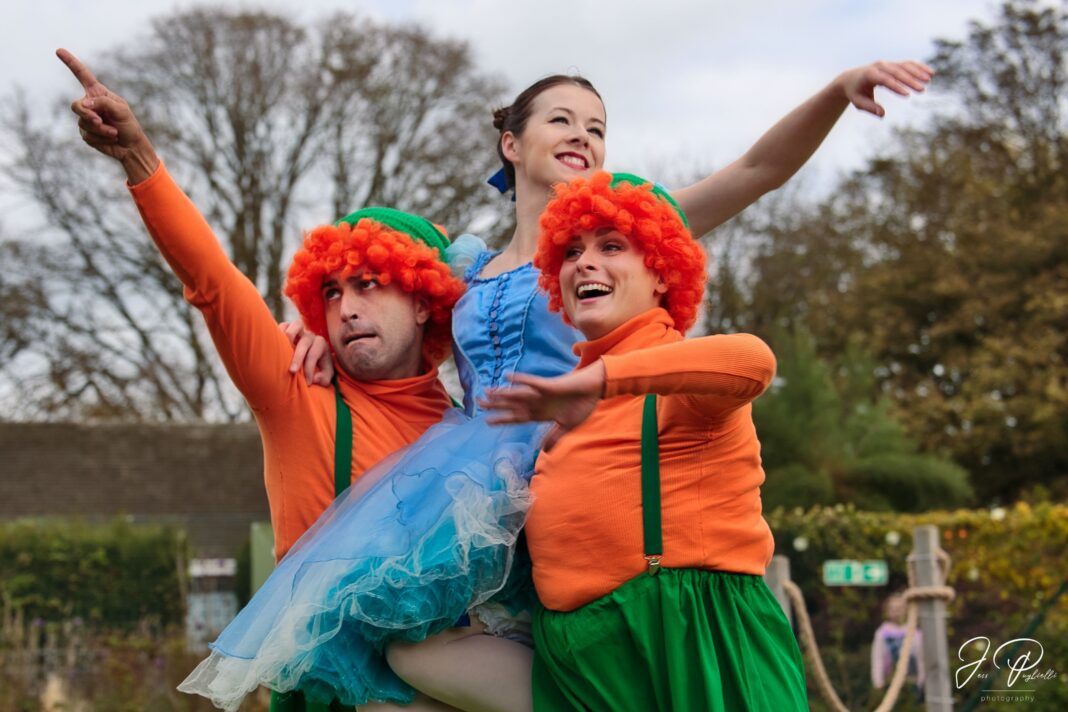 Good news arts fans! Brighton Fringe is here for Autumn 2020! In a welcome bit of good news for the arts industry, the festival’s organizers have put together a programme of exciting shows (Covid-safe of course), including over 25 online events.

Organizers made the decision to postpone the festival back in March, when the government announced the closure of all live venues, along with pubs and restaurants.

But with a whole host of safety precautions, including social distancing, reduced audience numbers and staggered arrival times, England’s largest open-access arts festival has found a way to bring us the best up and coming comedy, dance, theatre and music around.

Conveniently, for the digital events, once you’ve bought your ticket you can log in to view the performance at any time between 1st – 31st October that suits you – perfect if you want to fit the Fringe around work!

Here’s our pick of the line-up:

To Have and to Hold

A reflection on how our upbringing influences our psychological development. Told through movement and voice, ‘To Have and to Hold’ explores how one makes decisions, forms relationships and chooses to live based on the notion of influence. Based on Erikson’s theory of psychosocial development, the film follows eight stages of life. How is one affected by the presence or absence of figures in our lives? Do we form pre-disposed structures and expectations? Is our understanding of the world reflective of our environment? A visual nose dive into how we develop, modify and change. This work premiered as a live dance performance within Resolution Dance Festival 2020 at The Place, London and returns to Brighton Fringe this autumn developed as a site-specific dance film.

Join the ‘Caravan of Love’! A honeymoon. In a caravan. Romantic? Claustrophobic.

A happy couple are having the time of their lives, until a mysterious hitchhiker shows up and threatens everything. This gripping, high-tension drama follows the honeymoon from hell. Theatre Nation are delighted to bring it to Brighton Fringe following a successful run at Prague Fringe Festival.

“Caravan of Love is bold, edgy and finely nuanced theatre writing that takes an audience to the edge, and revels in it! Take note of Tom Daldry, a fine young playwright in the making” (Prague Fringe Festival).

Comedy for the Curious

Welcome to the church of Ram, where sheep are people, people are sheeple and the apocalypse is just getting started. Bow down, confess your darkest sins and suckle on the holy teat. Only Ram of God can save you now!

Developed with Soho Theatre and supported by Arts Council England, Ram of God is a playful takedown of masculinity and its shadowy cheerleaders. It asks the question to what extent patriarchy is a cult in which women are socialised to follow and men are socialised to lead, and explores the endpoints of that binary dynamic. Tailored to the screen, the film draws on seventies horror, music video and documentary and plays with the different possibilities and limitations that come from reimagining theatre as film.

“Way ahead of the game” (Glastonbury Festival)

What do you get if you cross six comedians with a pandemic?

Thea Jaffe kicks things off with a quite frankly dubious explanation of how she ends up taking her five-year-old to an exhibition of giant sexual organs. Peter Innocente adds a whole new dimension to having a sh*t holiday in Thailand, and Victoria Shortley points out that there are in fact still a few people in Suffolk to whom she is not quite related (yet).

Donna Landy explains how to tell the difference between sex and gender using the largest organ in the human body, while Alex Trashley lets us in on her misspent youth, or at least what she can remember of it.

Nik Coppin desperately tries to hold it all together, syringe in hand, ready to inject a bit of quick-witted humour into this ribald night of mayhem.

“These are the strongest new acts I have seen. They will be stars of the future” (Jay Sodagar)

Myths, life, death and rebirth, as Gods walk the earth in the land of the pyramids and the Nile, under the ancient desert sun. From the creation of the Universe, through the battles of the Gods to the ending of the world. Ageless stories told live, for a modern audience, by award-winning storyteller Jason Buck

“You must suffer me to go my own dark way…” Stevenson’s classic science-horror is reborn, with award-winning performer Heather-Rose Andrews in the titular role. Class, terror, and hypocrisy in Victorian London, as the search for self collides with the lure of the sensuous, taking its toll on all around Jekyll & Hyde.

“The performance of Heather-Rose Andrews in this one-woman show is what makes the production stand out.” (stagebiz.com for ‘Metamorphosis’).

Queers On The Fringe

Writer, director, producer, performer and indecisive lady Maeve Marsden hosts a mixed bag of artists, writers, comedians and musicians for an experiment in intimate entertainment, ready to deliver story, song and catharsis to an audience of 5, or maybe 50, or 500 strangers tuning in from their lounge rooms…

Charmingly chaotic, with a pocket full of heart, wit and rage, Maeve will draw on her work as a theatre maker, curator of Queerstories, creator of award-winning cabaret and improviser of terrible dad jokes, to offer up the unexpected, equal parts playful, personal and political. ‘Queers on the Fringe’ celebrates Sydney’s queer underground, which still has some grit despite the flashy corporate vibe for which the city is known. This ain’t Mardi Gras. It’s Fringe.