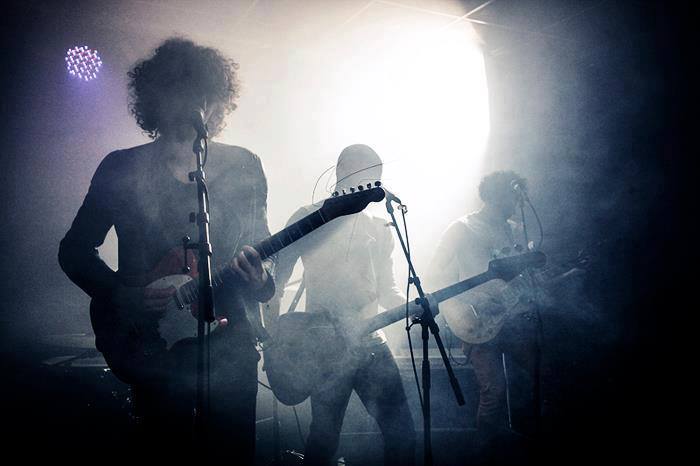 There’s loads of amazing gigs on this weekend to tickle your live music fancy. Highlights include the great Tigercub and a Gruesome Twosome All-dayer packed with a 7 act strong set list full of musical duos to give you a mighty bang for your buck!

Fresh off the back of the new EP ‘Evolve or Die’ being released, local 3 piece Tigercub are playing one of their biggest and hotly anticipated gigs ever. Debut 2016 album ‘Abstract Figures in the Dark’ propelled the band to new heights as the loyal following their many EP releases built grew exponentially. Expect a self-assured and polished set from these Brighton boys done good!

Electro-punk trio CLT DRP are creating something genuinely exciting and refreshing as it’s something most listeners would find hard to assign to a clear genre. This is only a fact due to the three evidently knowing what they want to sound like, how to get it and revel in the pleasure of not knowing where it is going to take them from there.

Modern Age Music’s showcase at Sticky Mike’s kicks off 2018 with some exciting new emerging bands. Get on with these guys at the ground floor tonight. The stellar line up is headed by one of the country’s fastest rising indie outfits ‘Only Shadows’.

Murmur are a grunge band born in East Staffordshire, currently based in Brighton. Calling fans of dirty guitar, distortions and drones, this outfit is driven by tight and hard beats. It’s no secret that we love the Green Door Store and the venue is set for a packed evening of wonderful music from some great bands. Let’s hope the venue is as packed as the set list!

Frauds: Thick jagged riffs and beats with a mixture of humour and anger in equally measure.

KING BEE: “A wild and unruly two-headed monster whose debut single is a throbbing beast of chaotic power blues that sounds like some runaway armoured tank rolling over your face”

SONS: Explosive vocal melodies and buzzsaw riffs that could wake the dead, if you like it loud, you’ll love SONS.

The Pure Conjecture w/ Brother Twain @ The Hope and Ruin

Fusing an arsenal of expensive chords with sly self-deprecation and unpredictable lyrical left-turns, The Pure Conjecture posses a charming individuality which is both at odds with and wholly impervious to current musical trends. There are not many groups – in the UK, at least – genuinely mining the same seam that gave us Solomon Burke’s ‘Don’t Give Up On Me’, and the Daptone label, for instance.

“Anything up to 10 folk from various different groups standing in a circle formation in a recording studio pretending they’re on ‘Live From Daryl’s House’.” – Matt Eaton.

‘Unity through Diversity’ is the underlying ethos powering Count Kujo. This time round they are celebrating their latest release: ‘Kujo In Dub’- A Reggae/Dub album influenced by the roots and culture movement in Jamaica from the 1970s. One might not expect a “jazz” band to delve into reggae like this, but it is done in recognition of the Jamaican influence on Jazz and vice-versa. And of course, honouring the root concept of the over-arching project, ‘unity through diversity’.

Gig The Green Door Store on Sunday 21st of Jan this 8 piece group will be performing this music – everyone’s invited. Grab a ticket for this gig, the line up will be dope.

“H U S H” are a 7 piece male and female original funk group from Brighton, influenced by a mixture of artists such as Betty Davis, Chic, Funkadelic, James Brown and Bruno Mars, their sound is both raw and sophisticated and provides a perfect atmosphere for shaking your ass and pumping your fists.

The Usual Suspects is a collective of musicians, producers and songwriters based in Brighton, UK. Fusing together a vast range of influences from Hip Hop, Soul, Jazz, Electronica, Rock, Afrobeat and Latin music, cut with samples and synths to create a distinctive sound. A true melting pot of styles, with each member bringing their own unique flavour of performance, composition and production.