Luqman Onikosi, a lecturer at the Free University Brighton, faces a renewed battle against deportation to his native Nigeria, after the Home Office announced last week that it would be appealing against the Immigration Judge’s decision to allow him to stay in Britain.

Whilst studying at Sussex University, Onikosi was diagnosed with a serious liver condition that he argues cannot be treated in Nigeria, prompting him to seek permission to remain in Britain after his studies to receive treatment. Much to Onikosi’s frustration, the Home Office maintains that the condition can be treated in his native country.

In August last year, judges determined that removing Onikosi from the UK to Nigeria would be a breach of his human rights. Following this decision, the academic believed that his eight-year battle with the Home Office was finally over:

We won the case. I thought that after 8 years it was over. The Home Office lost their first appeal last year and now they are appealing the decision again. I’m devastated.

The uncertainty is terrible. I can’t make any plans for the future, I feel like my own life is out of my control. I’m in a state of limbo and the worst part is I can’t do anything about it except wait. 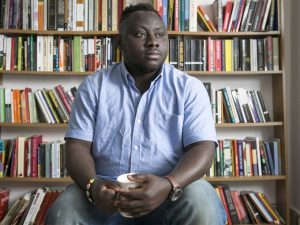 Onikosi thought he had won the right to remain in Britain when a court found in his favour last year.

It beggars belief that the Government continues to waste public money trying to deport a man who wants nothing but to positively contribute to his community and the city he has made his home. Luqman wishes to continue the life he has built, and to do so without putting his health at risk, and tribunals have found in his favour on successive occasions. The Government has failed to show compassion, common sense or respect for human rights. They cannot, and will not get away with this.

To find out more about Onikosi’s case, you can visit the Campaign to Stop the Deportation of Luqman Onikosi’s website.

Why your name on a cup can be life changing