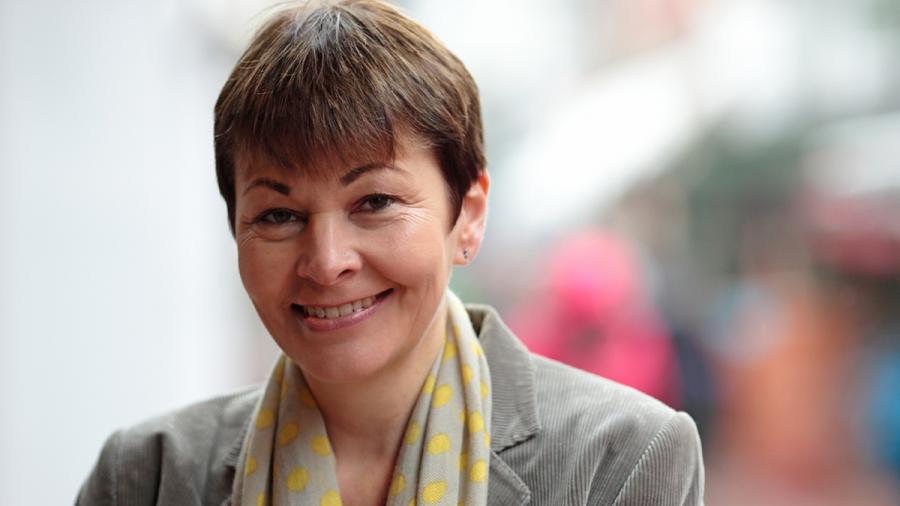 A doctor of English, feminist and environmentalist, Caroline Lucas has been a political presence ever since she joined the Green Party in 1986. In that time, she has served in the European parliament, been the MP for Brighton Pavilion and went on to become the first ever elected Green leader in 2008. Her career over the past 34 years has outlasted many leaders, former Prime Ministers and even major world events, yet for some she remains a clearly peripheral figure in the world of UK politics and her legacy will have little effect on their voting intentions. From this, it raises the question whether she has simply achieved major aspirations in the shadows of Westminster, or has she simply never achieved the lofty goals that her ambition and intellect clearly show she strived for? Written by Matthew Meehan

Silence is definitely not a word that represents Caroline Lucas. Throughout her tenure, she has always been a strong female voice in male dominated politics, especially when the party issues such as the environment and society were brought to discussion. Such constant presence in the face of clear adversity, Lucas has never taken no for an answer with laws, conventions and the capitalist agenda all being pushed aside in her pursuit to advocate green ideas when present in parliament, where she is heavily noted to engage in cross party action groups on crucial environmental policy such as fuel and renewability to fight to change the corresponding legislation.

It would be anything less than just to not consider her an environmental champion, she was even recognised last year by the BBC’s Radio 4 as the number one on their annual woman’s power hour list.

She has been nothing less than a driving considering the legal changes she brought about with animal sentience and its place in UK law following Brexit, and her strong feminist agenda to support women such as herself who wish to succeed in power, clearly evidenced through the fact that the Green Party itself since her inaugural leadership has never had a solo male leader as a consequence of her vision for equality. Her outspoken criticism on current leadership has also brought her great acclaim, with a recent tweet following Donald Trump’s loss in his American re-election bid showing him and the Prime Minster, entitled ‘one down, one to go’ vocalising her opposition to the truth denying populism and poor leadership both at home and on the world stage and winning her plaudits for her trademark vocal advocacy for her beliefs both personal and political.

Perhaps this is no better evidenced than through the physical activism she has shown, through her charges for disturbing the peace while campaigning against a nuclear submarine base, and her purpose dress code violation in parliament as a response to Westminster’s decision to stock multiple copies of the sun newspaper, where they displayed the oversexualisation of women on their ‘page 3’ feature. Even when no longer possessing the same level of power and influence she once had on an official level, she is considered to be one of the most influential politicians on Twitter, where her ability for free and public speech has allowed her to continue to spread her message.

This isn’t just her message, it clearly also resonates with her supporters in her constituency  Brighton Pavilion, where they have ensured not only is she the only remaining appointed MP within the Green Party, she is also one of the most continuously successful politicians in modern British history, having increased her majority in every election she has faced. From a mere 1252 vote win in 2010, this increased exponentially to 7,967 in 2015, 14,689 in 2017 and now sits at 19,940 following the 2019 election.

Clearly, Caroline Lucas has been an incredibly effective and inspiring representative of her constituents and a highly respected local politician. So, taking this into account there seems to be a clear disconnect between her ability in Brighton Pavilion, and the success that her national profile as well as the Green Party has experienced over her two terms leading the organisation. Her election to become the face of environmental politics came with a 92% victory, with it hard to imagine that yet again there has been any politician in modern memory who has had that kind of support for their own personal mandate.

This may not actually be down to her, but to the policy of the Green Party itself. Every political party has its core agenda, and the environmental focus of the Greens places it into a leftist position that is literally impossible to deviate from. Their intent to take such a hard-line stance on all climate issues means that there is a constant inability to effectively address the capital production and labour employment that will be lost should they become the new leaders of the country, meaning that they have significant barriers affecting mainstream voter adoption.

Therefore, despite popular poll websites such as Who Should I Vote For? among others finding that around one fifth / 20% of people receive a green outcome, they never actually believe that the party has the ability to run the country in areas that aren’t focused on the environment.

The only path to actually competing on a national scale would be to make major concessions, and this is where we find the source of Caroline Lucas’ biggest failure in office. An activist, someone with such a passion to fix the environment, climate and animal welfare would never be able to concede on these issues in order to appease the economists or the voters. Therefore while her clean image and infectious passion may have allowed the Green Party to achieve a record 7% In the UK polls under her leadership, her morals would never allow her to make the kinds of decisions that it would take to nationalise even if she is a proven cross-party strategist.

Her strongly liberal agenda also became much more of a liability in her twilight as leader, when despite the introduction of a moderate co-leader in Jonathon Bartley who was known to lack any clear party loyalty, Labour’s move to elect Jeremy Corbyn and his socialist agenda took over the political left wing, adopted similar environmental policies and eradicated the liberal undecided vote that they wished to pursue, especially in the key demographic of 18-24, the consensus group with the highest interest in environmental political action.

Such empowerment has also worked to Lucas’ detriment with the 2019 all female emergency cabinet damaging the clean reputation she spent years building. This solution was jeered, considered racist and sexist before causing her to be booed in parliamentary circles.

The vision of Caroline Lucas has been bold, imaginative and inspirational with her personal passion the core reason behind their success under her tenure, however this is not what the Green Party needs in order to grow. Openness, not activism is needed now to avoid environmentally restricted policy that makes them an unviable choice at the polls, where instead by riding the current green wave in society that they helped create through the work of visionaries such as Lucas, they can invoke change on a wider scale that better integrates itself with the other concerns like health and welfare that the public needs to feel reflect their needs.

Caroline herself can look back on the change she created in her unparalleled local success, and through her clear popularity and the profile she helped create. She can be proud that although the memories she leaves behind may not be on the national scale she once dreamed of, there is clear evidence that suggests her spirit and voice will be the cornerstone that provides the possibility for a future where the Green Party can compete in British politics.