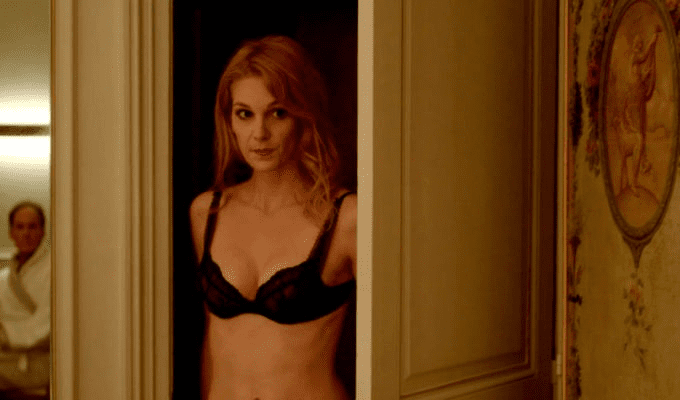 The CINECITY 17th Brighton Film Festival kicked off last Friday and runs until 17th November. Brighton Journal went to review Josephine Mackerras’ debut feature Alice (2019) to mark the beginning of a successful week for the festival.

CINECITY presents the 17th edition of Brighton Film festival this month with the very best in world cinema and a diverse programme of premieres and previews, treasures from the archive, live soundtracks, artists’ moving image, talks and special events. The festival gives audiences first sight into highly anticipated titles ahead of UK release and showcases many others brought to Brighton from around the world for one-off screenings.

The main cinema venues are Duke of York’s Picturehouse and Depot in Lewes, but screenings and events are taking place at venues all across Brighton & Hove. This includes the Attenborough Centre for the Creative Arts, Fabrica, Duke’s at Komedia, The Old Market, Lighthouse and the University of Brighton. Check out the Cinecity website here for info and tickets for upcoming films during the week.

The screening of Alice took place at Duke of York’s Picturehouse on Sunday 3pm and is a highly engaging portrait of a woman rebuilding her life after it has been completely dismantled. Alice is a housewife and mother, often overshadowed by her husband who seems to crave attention and acknowledgement from his peers. Alice is seen as primarily passive, and towards the beginning of the film we are given little insight into her character other than her devoting nature to her family amongst the domestic sphere that she resides in. Josephine Mackerras’ debut feature was awarded the Grand Jury Prize at SXSW earlier this year. Hard-hitting but at times bitingly funny, Alice demonstrates how, even with the smallest of budgets, genuine talent shines through, therefore making it an excellent inclusion for the CINECITY Brighton Film Festival.

The film begins with Alice venturing out to multiple cash points one morning only for her life to be dramatically turned upside down when she discovers her husband has been living a secret life, spending all of her money on escorts in the past few years that they have been married. She is left abandoned with a child, broke, alone, and suddenly saddled with sole financial responsibility. Alice must completely reinvent herself in order to survive, and therefore seeks to play her husband at his own game when she embarks on working for the very escort service he spent their entire finances on. What follows is a complicated, nuanced tale of female empowerment, sexual politics, and how easily people can slip through the cracks of society.

It is a blistering showcase for actress Emilie Piponnier as Alice in her first lead role, who is now being deemed as “France’s answer to Carey Mulligan” (Indiewire). She shines with a subtlety that is quietly mesmerising throughout as she stumbles through a journey of strength and determination in order to become an autonomous individual. The film frequently compares the domestic sphere with a place of entrapment and detachment to the outside world for Alice, and the audience are truly able to see her come alive in the shots of her surrounded by nature. She also finds a refreshing freedom through her new job and the film offers multiple shots of Alice looking at reflections of herself in the mirror before she leaves for work that brilliantly capture her newly defiant nature.

Throughout her journey of picking up the pieces in the aftermath of her husband’s deceit and infidelity, the film bares a powerful feminist message regarding female emancipation and the entrapment of women within society. Whilst echoing timeless stories over the centuries that have explored similar issues such as Therese Raquin (1868), Lady Chatterley’s Lover (1928) this film paves its own unique and updated take on the importance of women’s freedom, equality and autonomy in today’s society. It also proves the battle is far from over – subtle entrapment and endorsement of the discrimination towards women in society can occur in various ways and is happening right in front of us. Through a combination of fragile beauty and fierce emotional growth, Josephine Mackerras crafts a debut that is a quietly powerful rebellion of a film and is sure to be remembered.

If you’d like to see more articles like this, please support our Crowdfunder and help us keep community journalism alive.