34.3% of grades were A*-A which is almost eight percentage points above the national figure of 26.4%.

AS level entries are down nationally and locally as a result of the introduction of reformed stand-alone AS levels. However, of those who took the exam, top grades (A*-B) went up by 14.9% across all centres.

Here are how some of the A-Level centres in Brighton & Hove performed on results day and how they celebrated their results yesterday:

“Congratulations Jonathan Robinson for 4 A* grades in #Alevel Further Maths, Computer Science & Physics. He overcame memory impairment after a 2 week coma following a traffic accident just before he was due to sit A levels last year #success #adversity”.

A jubilant Jonathan can be seen below with his results: 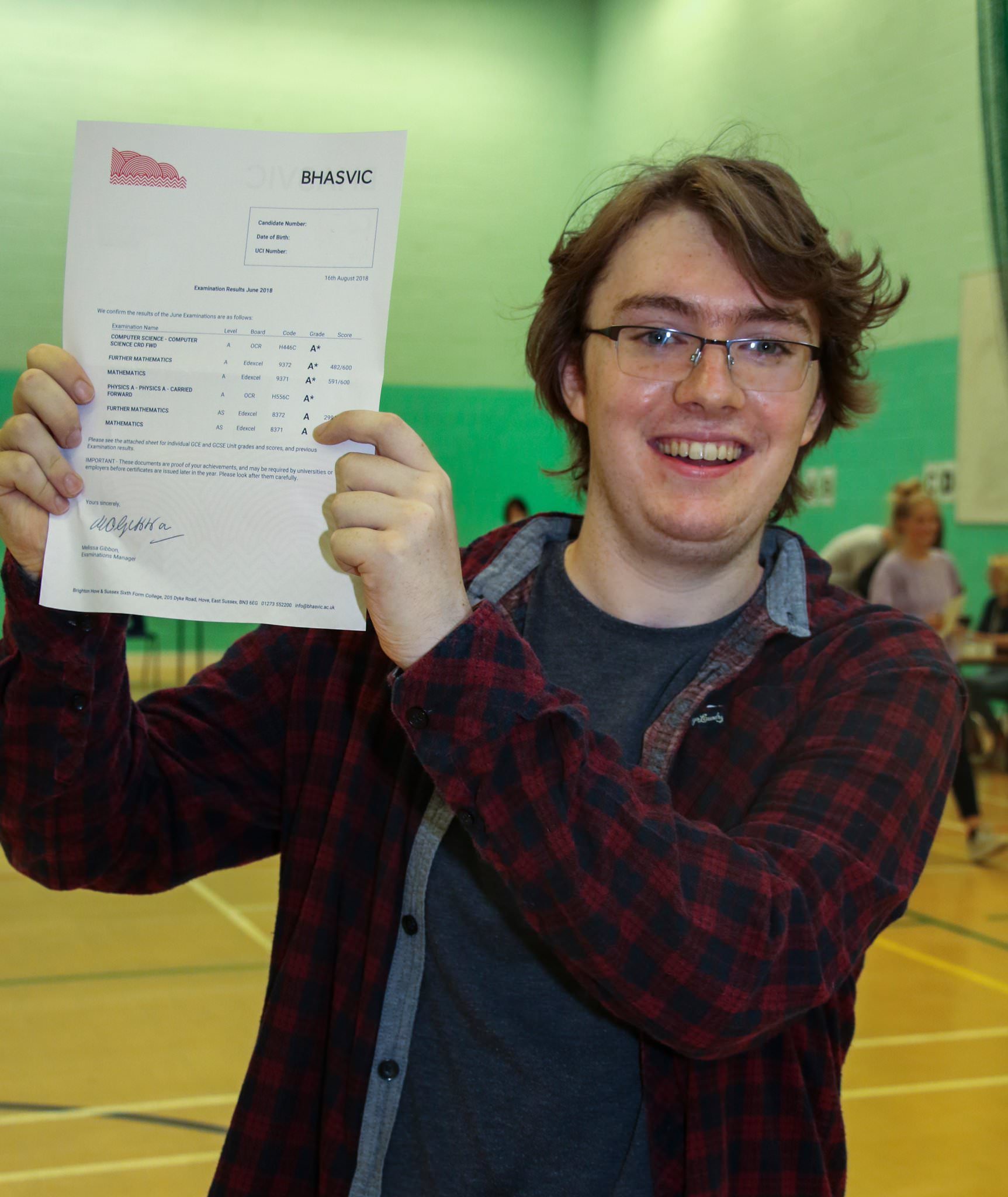 Varndean College were also celebrating their A Level exam success yesterday. After 1097 A Level exams were taken, the College was proud to announce they achieved an overall pass rate of 97.8%, with 48.7% achieving A*-B and 75.5% achieving A*-C grades. Their vocational course results were also equally impressive.

There was twin success at Newman College and the college tweeted, “We are celebrating Twin Success for Jess and Alisha with 5 As and a B between them! Amazing! They are both off to @unibirmingham Jess received A, A, A and will read Biomedical Science. Alisha received A, A, B and will read History and Political Sciences. #alevelresultsday2018”.

Double success! Jess and Alisha smiling with their results: 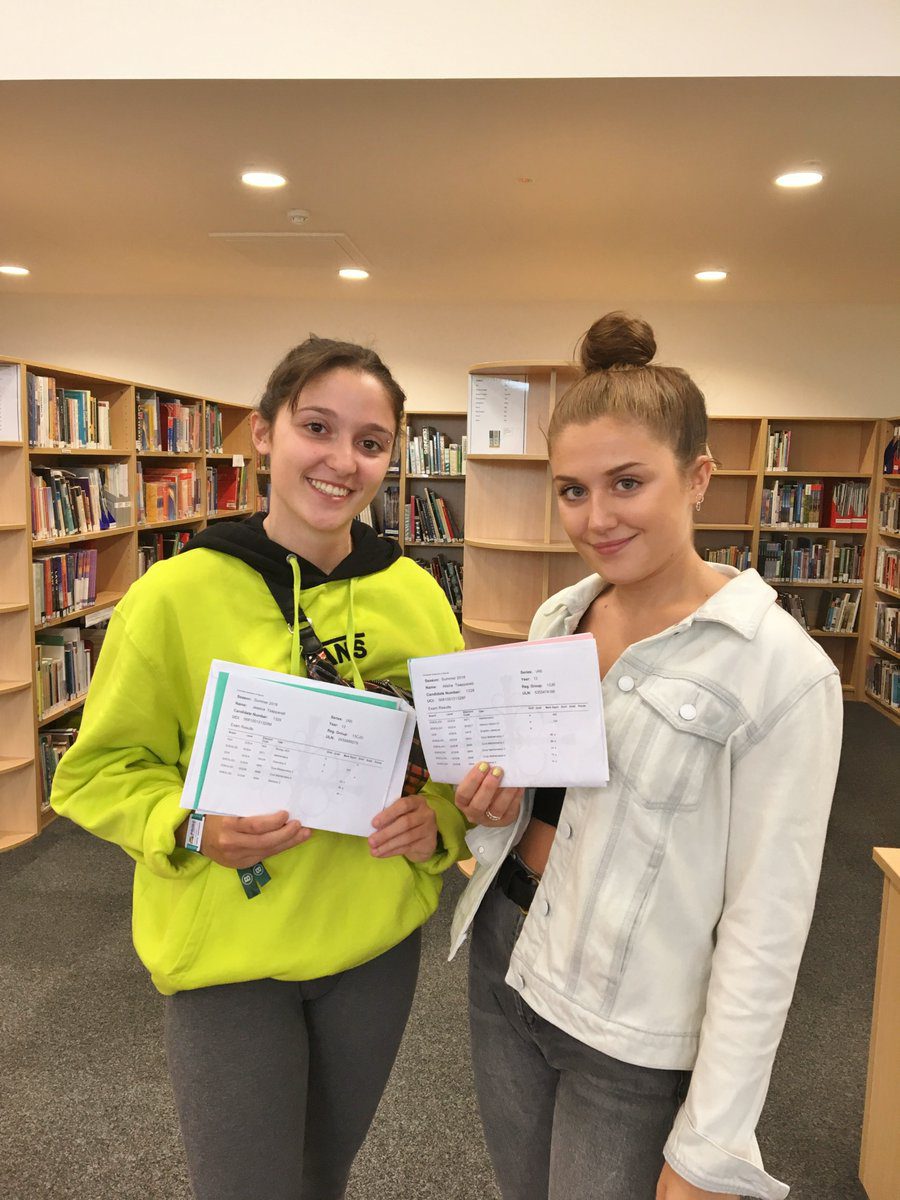 Brighton Aldridge Community Academy (BACA), celebrated the news that all their students who took level three courses this year successfully passed them.

The Headteacher of Hove Park school, Jim Roberts expressed his pride at the ‘superb accomplishments’ achieved on A-Level results day from his students, including, Sian Reilly, who achieved B,B,C in Sociology, English Literature and History. She will now go on to study Politics and International relations with a year in North America at the University of Kent.

Independent school Brighton and Hove High also had a fantastic results day, as it was revealed that half of all their student grades were A* or A.

Top marks was the story of the day for fellow Brighton independent school Brighton College yesterday, who celebrated the news of achieving 99% of grades at A*-B, results that are better than any school in England achieved last year. There was also A* and A grades in every single A-level for over 124 boys and girls.

On this news, from their official Twitter account, the college added: “What is so impressive is that they put so much energy into life beyond school and in particular their charitable goals raising £150,000 for charity.”

Brighton College Headmaster, Richard Cairns, on the college’s A-Level results this year, stated: “Of course, it’s great to see so many top grades but, to be honest, the greatest pleasure comes from seeing the success of those who, through hard work and encouragement, have turned D and E grade predictions into A and B grades on the day. They are the ones of whom we are all really proud.” 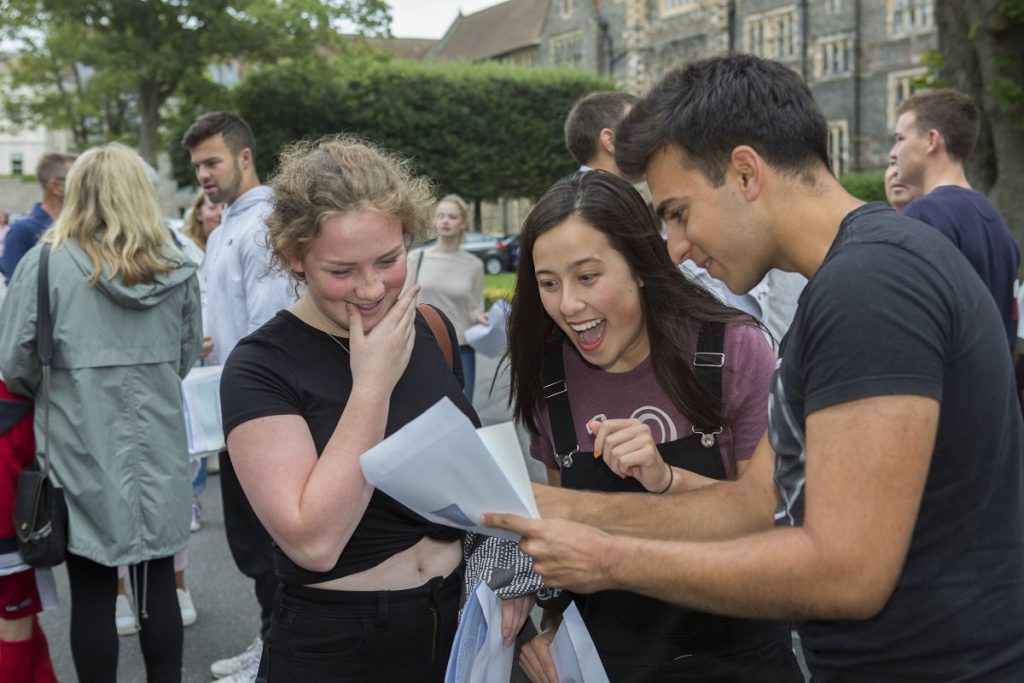 “In terms of high achieving A-level students we’re way ahead of the national average.

“This is also the sixth year running that Brighton & Hove’s overall pass rate is equal to or above national figures.

“I’m thrilled that so many young people in the city have performed so well, and I wish them all the best of luck with their next steps in life.”

All information about applying to University can be found on the official UCAS website here.

In addition to higher education opportunities, employment and apprenticeship positions offer an alternative pathway to a career.

The council’s youth employability service will be running a live question and answer session on Facebook at 3pm today (Friday 16 August). Anyone with questions about their results or who are struggling with their next steps can join in: www.facebook.com/yesbrightonhove / @YouthEmployabilityService

Police Appeal After Disabled Man is Abused On Brighton Bus