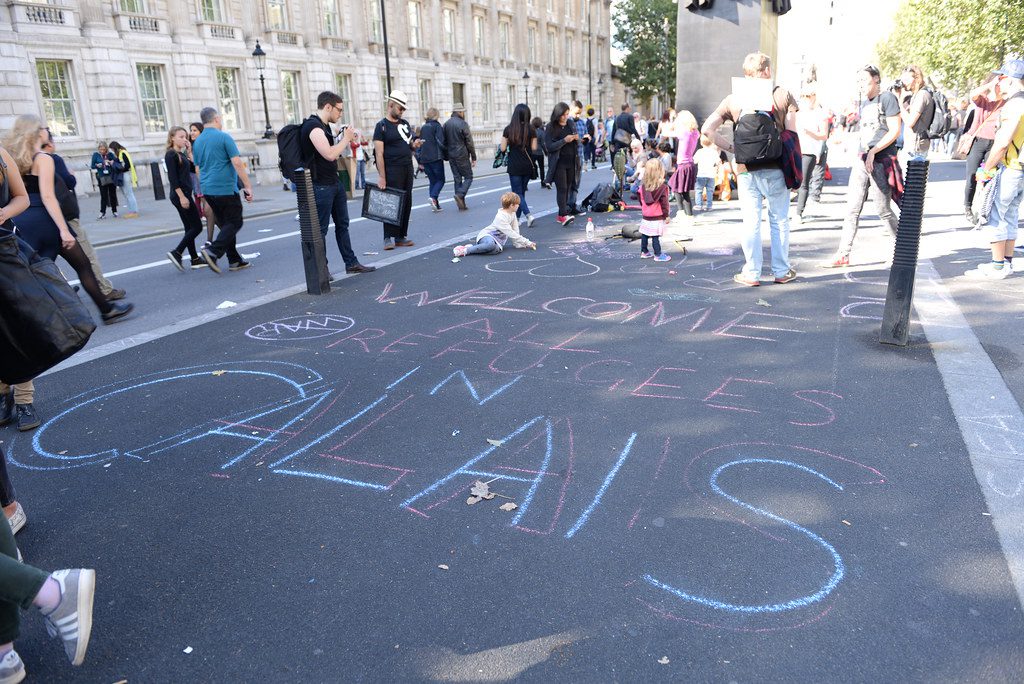 Offers of help from councils have been ignored, say Greens, as Conservative government votes down family reunification proposals

Greens and local refugee organisations have condemned the Conservative government for voting against legislation designed to ensure that children fleeing war and persecution can reunite with family members in the UK.

Conservative MPs overturned a proposed change to the ‘Brexit Bill’ at a vote on 6th January, striking out a guarantee that child refugees would be granted the right to reunification with families in the UK. [1]

Calling on the government to support children fleeing persecution and war, local refugee organisations and Green Councillor Leo Littman have described the decision as “shocking.”

The council will now write to the Prime Minister Boris Johnson, asking for assurances that Brexit legislation will not be used to prevent refugee children from reuniting with family members. Alongside Labour Councillors, Greens have called for Brighton and Hove City Council to reiterate the local offer to house child refugees to the Home Secretary, Sajid Javid. [2]

Brighton and Hove City Council has already taken in Syrian families as part of a national resettlement programme and has offered to welcome more refugees. Greens say that offers from UK councils to rehouse refugees have been overlooked by the government. National estimates show that the Home Office has ignored around 1,400 offers from local councils to house more refugees. [3][4][5]

“Thousands of lone child refugees are stuck somewhere in Europe, often in appalling conditions. For those with family in the UK, often the only thing stopping them from continuing their risky journeys has been the lifeline of the EU rules that give them the right to join their relatives. Shockingly, MPs voted last week to remove a legal obligation to maintain that lifeline.

“We are pleased that Brighton & Hove is building on its excellent record by offering sanctuary to more child refugees.  In line with its commitment to remaining a proud City of Sanctuary in its new plan for 2020-2023, we hope that it will take a lead in holding the government to its promises to maintain a lifeline for lone refugee children in Europe.”

“There is no crime in seeking asylum, it is our human right. But without safe and legal pathways to the UK, refugees cannot exercise these rights.

“We have had a boy come to us in Calais with facial injuries from gangs attacking him and his friends for not having money. We have known a 14 year old boy to die, falling off the top of a lorry and then ran over by a car. We have unfortunately become aware of young children being passed around by gangs for sexual abuse. These are the consequences of children being left alone, open to gangs, vulnerable to exploitation and desperate to get to their family.”

“It will disgust many that the Conservative mantra to ‘Get Brexit Done,’ has become smokescreen to abandon the UK’s commitment to helping child refugees. Conservative MPs have voted against protections for abandoned child refugees that would ensure they could reunite with families here. How many voters knew that the outcome of the Brexit bill would be to  force terrified, traumatised children to live alone in filth, fear, and freezing conditions, rather than in the loving arms of their families in the UK?

“Greens pledged to work with all partners in the city to maintain our commitment to stand up for refugees, equality and diversity. That’s why, together with Labour Councillors, we call on the government to fulfil our international and moral obligations to children who are left stranded and alone in Europe. We also want to take this opportunity to remind the government that refugees are welcome in Brighton and Hove. While the government sees fit to ignore the plight of the most vulnerable, we are one of many UK cities committed to offering sanctuary to those fleeing the most horrific circumstances.”