Home News Community Comes Together To Save Charity From ‘Screeching’ Laptop 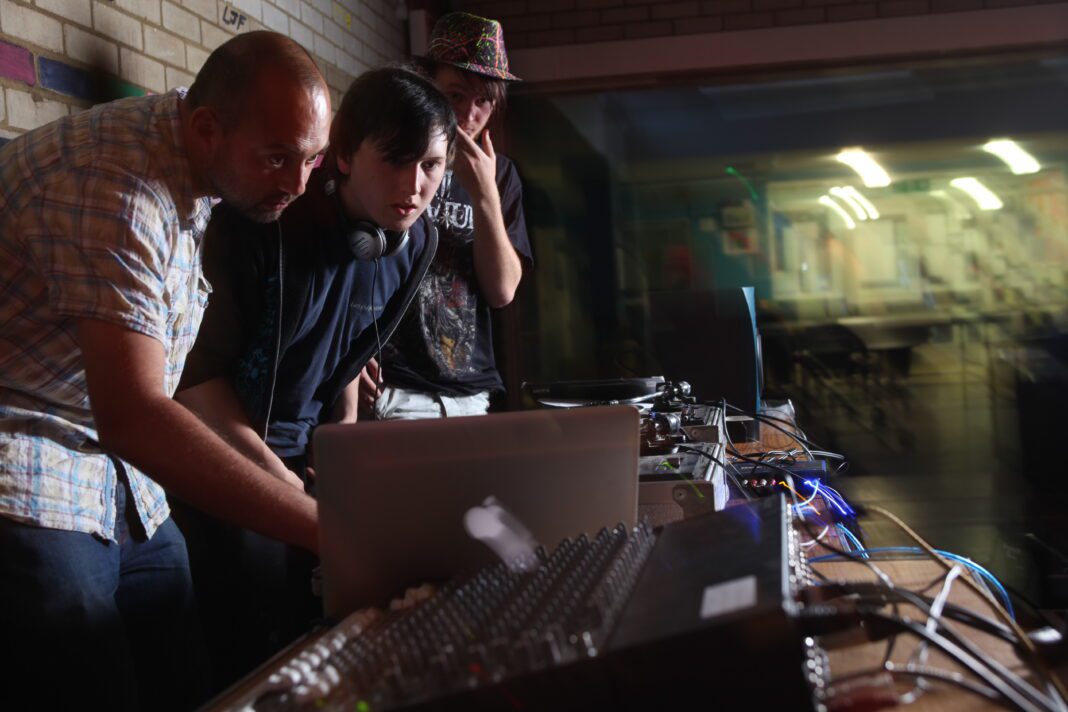 Brighton based music charity Rhythmix are paying homage to the attendees of a funding event who stepped in to help them after their IT equipment became too outdated to use.

Brighton Soup describes itself as “a fun, community, Dragon’s Den” where attendees get food, refreshments, entertainment and a vote to choose which of 4 community projects get some funding.

Despite not winning the money they required to get computers for their office, Rhythmix were pleased to benefit from the generosity of Brighton Soup attendees who donated their time and equipment to the charity who work to transform the lives of vulnerable people through music.

One generous Soup attendee purchased Rhythmix a brand-new laptop which the charity say has been a massive asset, helping to increase efficiency.

Rhythmix  Strategic Director Lucy Stone said: “now we can replace the laptop that would screech if you moved the mouse pad whilst on skype.”

Another community member donated five used laptops, while a further kind-hearted attendee donated monitors,  meaning there is now a computer for every member of staff at the charity’s office.

A spokesperson for Rhythmix said: “we came away smiling from Soup, despite not winning the pot of money up for grabs on the night.

“Our grant funders want to see their money going towards frontline services and helping more people make music. We do understand why, but this led to a dire state of our office equipment.

“It was impossible to work when our PCs would crash 10 times a day, or there was no delete key on a keyboard. We may have been at the cutting edge of music education, but our office was stuck in the past.”

The charity’s musicians make music with children in hospitals as well as older people with dementia. They also support young people in care, with disabilities, with mental health problems, in hospital and hospices and who are homeless.

Rhythmix credits the community with providing more than just computers after attending Brighton Soup, saying: “the attendees helped to transform our day-to-day lives and ability to support our transformational work.”

Ruby Hart-Kirby was also at Brighton Soup that night, supporting her mother whose project won the pot of money that night. Ruby became a volunteer for Rhythmix, and the charity say she has become an invaluable part of the team. She now volunteers to help with Rhythmix’s social media, fundraising, web design and more.

In addition Soup attendee Matt Brabner and his colleagues at Natural Balance Therapies, Hove, ran 10 miles for Rhythmix. They raised over £1000 for Rhythmix’s work making music with people with dementia in healthcare settings.

Rhythmix chose to donate on their old equipment to Jamies, a charity that reuses and refurbishes technology to benefit the community. Jamies will use the old technology for training and volunteering opportunities for socially excluded adults.

Rhythmix say they have been humbled by seeing what can happen when a community comes together: “An evening of soup and chatter led to Rhythmix being a faster, quicker, and better staffed thanks to the Brighton community. This means Rhythmix can help more people, and make a bigger difference in the community.”

Click here for more information on Rhythmix and how to donate.