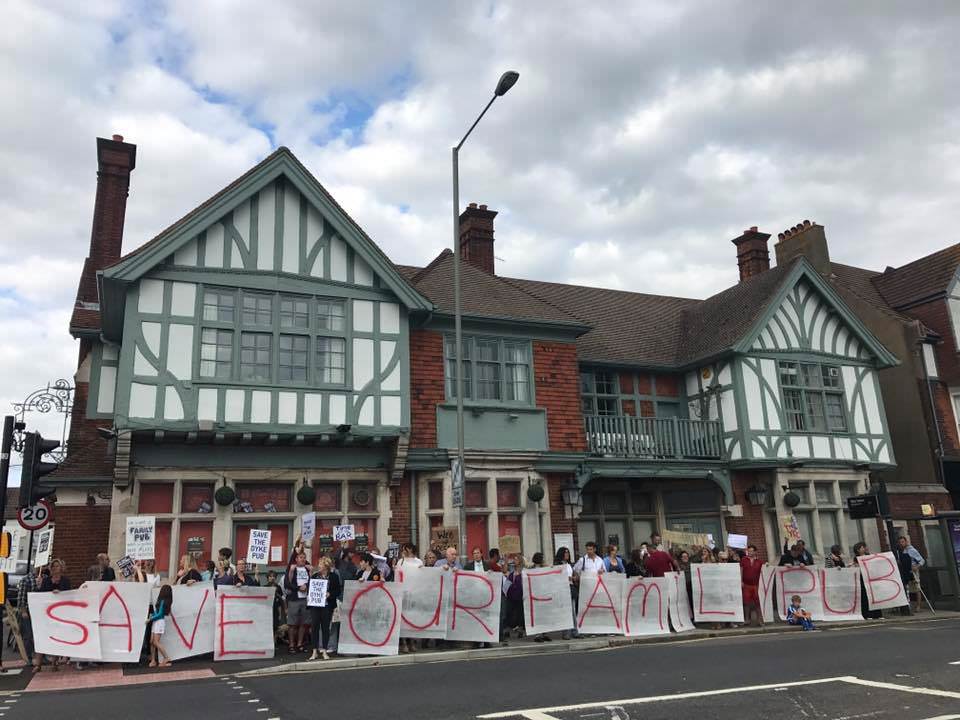 Will Farmer is the face behind the crowdfunding page to reopen The Dyke Tavern, which, before its closing in 2016, had been open for 125 years.

Will was born and raised in Brighton. After serving in the army for 6 years from the age of 17, he returned home. Recently, he has been running the South East Veterans Brewery.  and in March, he agreed a deal to reopen the North West corner and kitchen of the Dyke Tavern.


My plans are ambitious and will need investment. I need to raise extra capital to give The Dyke the makeover  it deserves when it reopens.  That means complete refurbishment,  as it is now an empty shell.

Will says that he will stick to the traditional look, but also add a modern feel. He is very much focused on the community and plans to reopen the pub with a selection of local drinks, and feels that it is important to hire a local manager. He also states that for the first five years that the pub is open he will be donating 10% of the annual profits to the community.

Will wants to change what is currently a retail unit, back into a public house, which will include the creation of a new cellar, and a refurbishment of the kitchen and bar. The application went live on the portal today and is available here.

To make this dream a reality he has set up a Crowdfunder, which asks residents to donate money to then receive an award of meals and bar tabs when the pub reopens. The link is available here.

Caroline Lucas has been a supporter of the Save The Dyke Pub campaign from the beginning and showed her support for the project on Twitter.