Home Culture Cyber Bullying is at an all time high, the best way to... 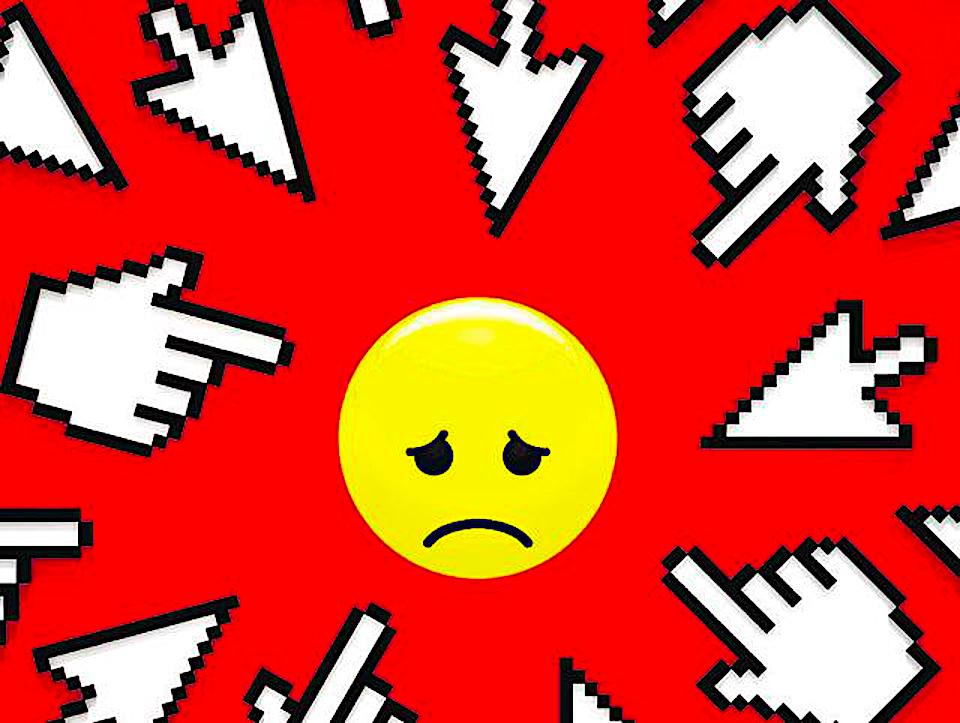 Over recent years the world has revolved around social media with the likes of YouTube, Facebook, Twitter, Instagram and Tik Toc to name a few connecting millions around the world for many great reasons. However they have also been the cause of millions to experience online bullying or untimely sadness brought to loved ones around the world due to cyberbullying from people of all ages towards others. Written By Nicola Wright

From the entertainment world the loss of Caroline Flack at the start of 2020 was a prime example to the world just how cruel social media and individuals can be and with it the message also shown that know mater what you do in life as a career you are sadly no exception in-fact the opposite if you are in limelight, sadly you are going to be a bigger target for negative comments. To the video of Quaden Bayles a nine year old boy from Australia who has achondroplasia, one of the most common forms of dwarfism breaking down in a heartbreaking video filmed by his mother who decided to show the world what not only what Quaden is going through but what she as his mother has to go through on a daily basis as Quaden is bullied for his disability.

The video reached millions around the world via social platforms and received an outpour of messages with support including Hollywood Star Hugh Jackman who recorded his personal message to the nine year old and with words to other children suffering from bullying.

According to observatory.tec “One in five children age 10- 18 has been a victim of online bullying” and reported that one of the many reasons for the acts of cyberbullying is simply because children are “bored” which increases screen time along with other factors which include challenges with mental health and loneliness according to Ditch the label. Cyberbullying has seen an increase due to the global pandemic which is caused mainly due to the above factors having such an impact on the younger generation.

Speaking to a close relative of mine who I have kept her identity private is currently studying in Year 10 which is a crucial year for all children. As she explained exactly what she goes through on a daily basis which has left her breaking down almost every morning and each night dreading to go back to school and having to delete all social media platforms.

“Because I don’t wear lots of make- up and because I am quite in comparison to others, people seem to use me and pick me as the easy target to be bullied. I have to put my head down walking passed certain people in school just so they don’t call names to me for no reason.”

Continuing further she described the ordeal as “painful” as she broke down in tears speaking of how she feels and even unable to repeat some of the words that other children have called her. “I have had to delete social media which I have done several times and again recently as I decided to put a picture on of myself like others do and I got numerous comments both privately and publicly from people calling me names.”

“The only ways I can help stop this is by deleting all media platforms and just having to get by in school in my last two years.” She spoke.

The reality of the impact that cyberbullying is having on both children and adults is becoming detrimental and saddening and sadly to prevent the negativity is not as easy as you think but there are ways to help prevent and speak out about how you are feeling.

When it comes to social media platforms I guess there is no right or wrong answer as it all depends on how mentally strong you are as a person. You can delete or temporarily disable your accounts to give yourself a break and to step away from the negativity online or if you can be strong enough to be able not to listen or read the certain comments which can be a challenge but also no one deserves to not do what they wish because of the actions or words of others.

Speaking out about what is happening and your feelings to others to maybe a family member or a certain friend may help and be a good solution if you feel that you can open up to people close to you. Secondly speaking and seeking professionally help who will listen to how you are feeling impartial to your family and friends and can help give you guidance and help outpour your feelings is also a good route to go down.

For anyone who is sruggling with the issues above please visit nationalbullyinghelplineco.uk or call 03303230169 for confidential advice and support.

Give the gift of physical and mental wellbeing this Christmas, with...