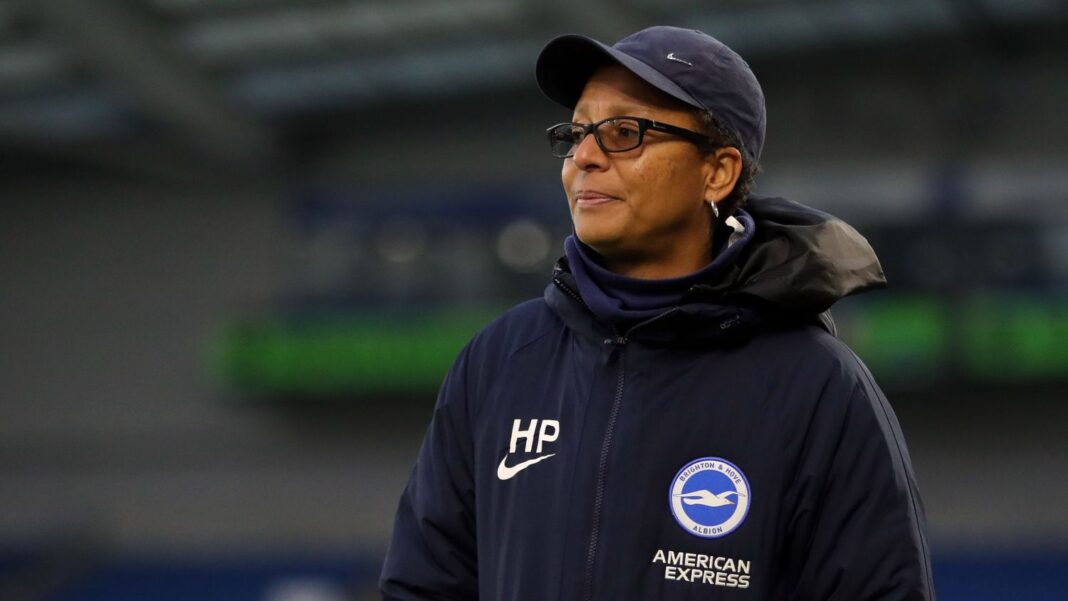 Head Coach of Brighton and Hove Albion Women’s Team Hope Powell believes the FA have made the right decision in abandoning the Women’s Super League season because of Covid-19.

Commenting on the complexity of the situation, the importance of player safety and financial pressures, Powell said:

“I think the decision to conclude the season is in the best interest of players and staff, it’s the sensible thing to do. We have to be really sensible and think about the person before we think about the sport. That is the priority for me.

“There are substantial losses across the game and the cost of get the testing equipment, the PPE and the medical staff in place to support the women’s game to follow the protocols is something that nobody could have ever foreseen.

“This is just an added burden that the game can’t afford and I think everybody can recognise that at the moment. The health of players and staff is paramount. If we can’t find the budgets given the climate we’re in we can’t really put the blame on anybody for that. It is what it is, and we have to accept it.”

Recommendations on how the final tables in both the WSL and Championship should be decided will be put to the FA board in the next few days. Powell is in favour of no relegation from the top flight and promotion for Championship leaders Aston Villa, which would bring the WSL up to 13 teams.

“For me personally, the league should be decided on points per game with no relegation,” she added.

“I think it would be hugely unfair to relegate a team when the season hasn’t been played out through nobody’s fault. The logical step would be no relegation, an outcome to determine Champions League places and, perhaps, promote one from the Championship to bring us up to 13. I don’t think we play enough games so that would help.”

High court rules on under 16’s with gender dysphoria unlikely to...