Home Sports Establishing Brighton in the Premier League: The Future is Bright-on 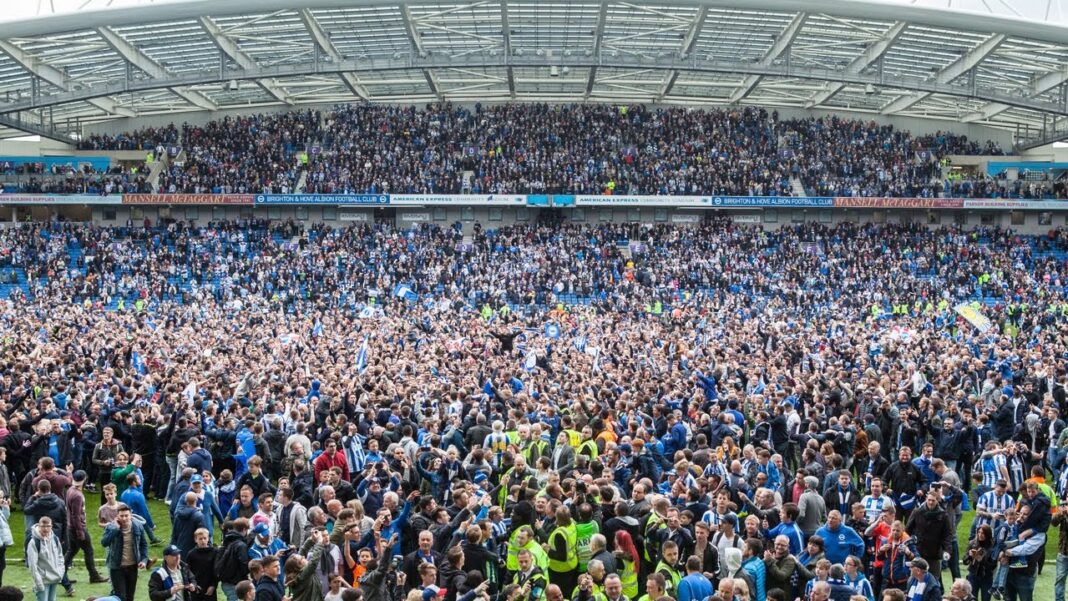 Even with the Premier League season having only just ending, thanks to the effects of Covid-19 all twenty clubs are dashing to secure their summer signings and rebuild in time for when the new season begins in 5 weeks’ time.

For Brighton, this is the possibly one of the most crucial seasons in their existence with their survival uncertain until the end where they finished higher, yet their 41-point tally was lower than the previous season- a score which has seen teams relegated not so long ago.  Written By Matthew Meehan

What this means for Graham Potter’s men is that in order to ensure that they become the next Leicester and not another Bournemouth they must use this time to create a team and an atmosphere that establishes them as a Premier League team and become a mid-table or even top 10 side which while it may seem unlikely, their current foundation may actually be a lot simpler than they think.

This may seem like a no-brainer, yet you only have to look at this season to see how clubs such as Watford who have had 3 managers this season have lost top flight status by losing faith in their head coaches. In his first season, the young and progressive manager has completely transformed the team through massive personal and tactical changes from one that grinded out results under Chris Hughton into a competitive and attractive football unit looking to attack through the use of key players such as Alexis MacAllister and even if this season wasn’t as successful as some would have hoped for, Potter’s steep learning curve will only increase the platform for himself and the club to keep achieving higher and higher ceilings as long as he has the financial backing and job security he needs.

If current rumours hold up then there is a possibility that Chelsea and other big teams will come calling with names such as Lewis Dunk being mentioned as possible targets. In such players as Dunk, 24 million pound signing Adam Webster and the returning Ben White, Brighton have arguably one of the most promising defences in the league in terms of both quality and potential with attacking talent such as Neal Maupay just as important upfront. Should these players leave the AMEX, there could be a huge struggle to replace them with anyone who matches their ability and who would be able to adjust into the team within the 5 weeks remaining especially considering the likes of Timo Werner and other top talent now being recruited by bigger clubs.  Keeping this core squad makes this a top half team, however without them there is a good chance that this could be a season of struggle for the club.

Even though he struggled for playing time across the season, Glenn Murray is a cult figure across the seaside town who at 36 years old has long past his best days and is not the kind of striker you want on your bench when it comes to those critical moments at the end of the game when you need a goal.  The squad has an abundance of strikers and Aaron Connolly has been a revelation in his first senior season for the seagulls and may well become the Harry Kane type player that can carry the club for years to come however this is too soon for him, especially when all that currently exists as competition is the likes of Jurgen Locadia and Florin Andone who have miserably failed to impress anyone in their time here.

Finding Neal Maupay a dance partner has to be a top priority for Potter with he himself still finding his feet and the team overall missing that crucial link to tie their attacking style all together and making this team feel as dangerous as it should with the quality at their disposal. There are vague similarities to the rise of Wolves should this search be a success with current talk being of the possibility that Rangers forward Alfredo Morelos could be a target fitting this need perfectly.

Whilst the Covid pandemic and previous spending on players such as Adam Webster may limit the overall budget, it is clear that the board does at least have the money to make some kind of impact on this league. There are early steps taking place with the swift signing of former Liverpool winger Adam Lallana to bolster the average and hit or miss winger situation however in order for Brighton to take the next step and really establish themselves they need to do something that would really show they mean business: make a marquee signing.

Now there’s a clear argument to suggest that Webster and the sheer depth of investment around the team shows that desire and intent to keep building and when you look at names such as Tariq Lamptey you see young players bought cheaply with tons of potential that clearly fits the young and progressive team Graham Potter is looking to build, but those kinds of names aren’t going to make someone buy a season ticket when the stadium reopens or rush to the online club shop to get a name on the new shirt.  Bringing in a player or players of real name value would really provide new opportunities for a club that has everything it needs to grow whether that be domestically or becoming a more reputable team overseas that creates value and progression for the future of not just Brighton and Hove Albion but also the city as well.

Brighton Football Club has everything it needs to be an established and successful team for many seasons to come in the Premier League and not one of the unlucky few by making some small changes, widening their club profile and really believing in the core ideals that Graham Potter looks to build upon there is a very bright future for the players, the staff, the supporters and everyone associated with the club.  There may never be another Leicester but in 5 years’ time the idea of Brighton being in European football could be a real possibility.