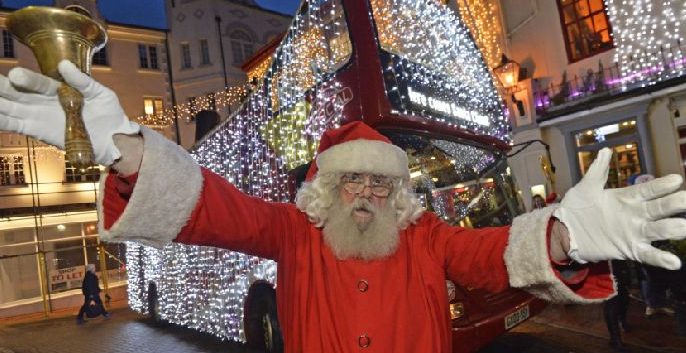 Get into the Christmas spirit with the 2019 Santa Bus Tour!

The open-top bus, decked out with 9,600 fairy lights, will visit more than 200 streets in Brighton and Hove over 20 nights, raising funds for 11 charities along the way!

Children (and adults) will get to see Santa and his elves drive down their road in the lit-up bus with the fun of festive lights and music.

The bus will start its route at 5:30 pm and finish at 8:30 pm. Brighton and Hove Buses’ have changed some of the routes and nights from previous years.

The dates and areas the Santa Bus will visit are:

To find a full list of the routes and map, including a Santa Bus Tracker! Click here.

“The best thing is seeing people’s faces light up as the Santa Bus goes down their street and Santa gives them a wave. Quite a few people have told me that they only feel Christmas has started when they’ve seen the Santa Bus.”

Charities that will benefit

Volunteer elves will be knocking on doors and collecting donations as the bus travel through the city and the suburbs. Brighton and Hove Buses will post envelops through doors the night before for people to display on collection night whether they want anyone to knock on their door.

Donations can also be made online this year here.