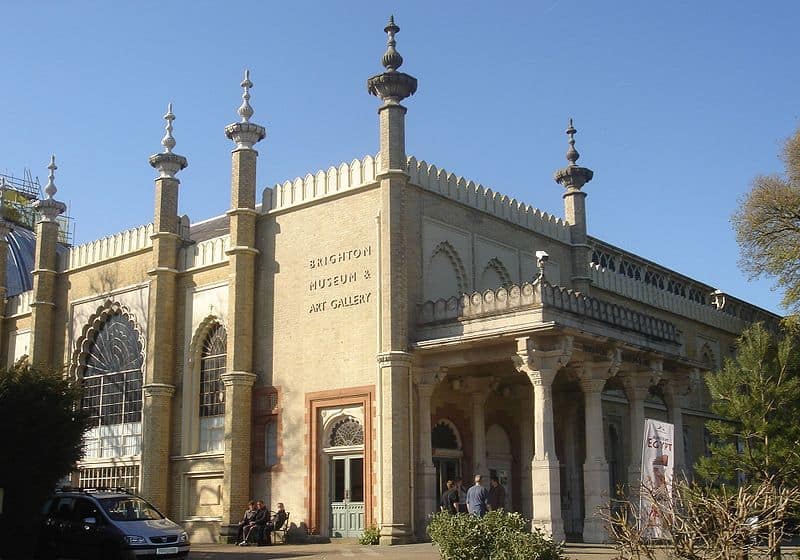 Brighton Museum and Art Gallery displays are coming to life with the help of Dave Packer’s Remix the Museum.

Throughout the exhibition young people imagine themselves as extinct or threatened species, giving them a voice through animation.

On the project David said:

“The program consists of animation and GIF workshops using a museum’s collection and location. It is a fun, exciting and interactive project which uses technology to explore new ways of learning about the past and present.”

The displays include the extinction of the cave bear due to human hunting 24,000 years ago. How the modern sloth bear faces extinction due to habitat loss.

Other exhibits cover the poaching of leopards and lab testing on axolotls. The effects of plastic pollution on the local owl population and turtles in the ocean.

Keep an out for the opening jaw of a rhino skull and the moving arms of a sun bear!

“It was very encouraging to see young people engaging with the Royal Pavilion & Museums collections and use them to spread awareness of such important issues.I really enjoyed discussing how we could all make small lifestyle changes to make a positive impact on the environment.”

The display shows it’s not too late to do something about endangered wildlife. The Adonis blue butterfly, one of Britain’s rarest butterflies, has increased its numbers due to conservation efforts.

Likewise, another animation explores the lifestyle changes a young person could make to help the environment: like picking up litter, using eco-friendly transport and spending more time in parks and green spaces.

The display runs until 19th of January 2020 on the South Balcony of Brighton Museum and Art Gallery.

The exhibit is free with admission, members and residents go free!