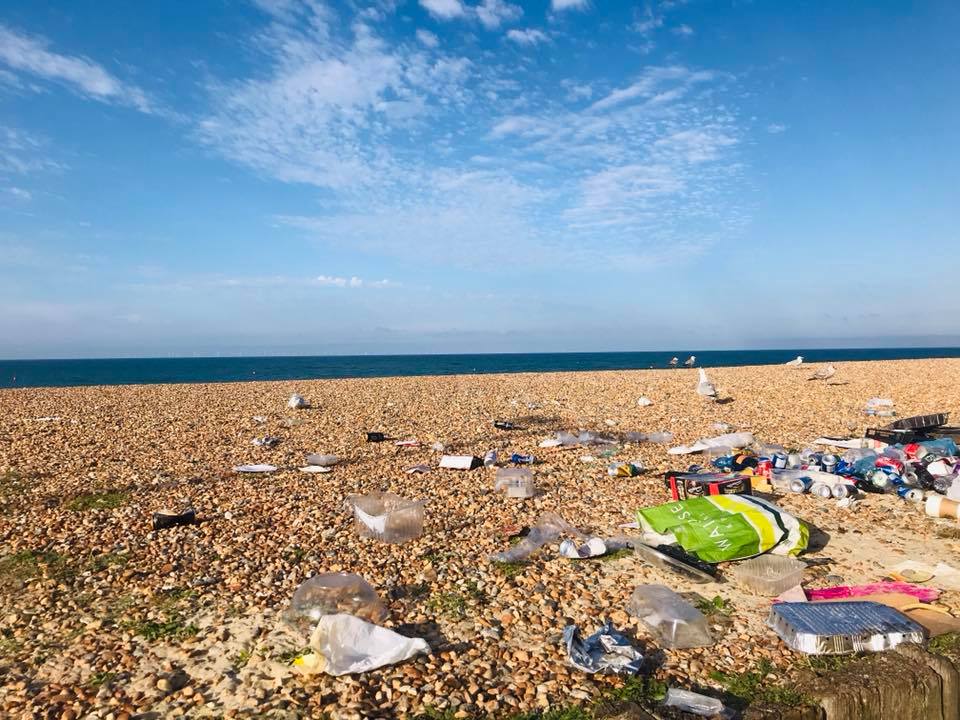 This Sunday, more than 70kg of rubbish was removed from Brighton Beach by a team of residents, who had a silent disco whilst undertaking the clean. Now, something is being done by the council to help solve the rubbish problem in our city.

After the hottest day of the year on Saturday, 150,000 people descended on the city, and left the beach with a sea of litter. The following morning over 100 volunteers from Brighton headed down to the beach to clean up the mess and were given headphones so that they could dance whilst they collected. Organisers said that the team showed “a lot of love, passion, pride and joy for our beach, our community, our planet and each other!”

The organisers of the event Pier 2 Pier Beach Clean, said that a lack of bins on the seafront was the reason for the excessive amount of rubbish.

Following this, the council has pledged to get 300 new bins for the seafront, to increase recycling and reduce the levels of plastic in the sea. They say that the bins will have three different sections, one for plastic, one for glass and one for general rubbish. Lots of major cities have this style of bin and they have proved to be very effective.

The 300 bins will be spread out across the 8 miles of seafront from Saltdean to Hove Lagoon, and there will be a higher amount of numbers in the busier areas. Councillor Anne Pissaridou, chair of the council’s Environment, Transport and Sustainability (ETS) committee, said:

“We want to make it easier for people to recycle, and the new bins will do this.

“There will be no reason for anyone to leave their plastic bottles, empty cans, glass or rubbish on the beach or next to a bin that may be full.

“If people find a bin that is full, there will be another very close by they will be able to use.”

The different sections of the bin will not have plastic bin liners inside which will reduce the council’s plastics use and costs, and will be emptied straight into the small dust cart.

“This will reduce the city’s plastic consumption and costs.”

It is expected that the bins will be put out in batches of 25, with 300 estimated for Brighton Beach. There are also hopes to put these bins in parks, streets and open places.