The Footgolf World Cup got underway on Wednesday morning and after two tough days of competition, the 16-strong UK Footgolf team now find themselves in the final four of the global tournament, as they prepare for a semi-final clash with hosts Argentina on Saturday.

After a busy day of qualifying for the team competition that began on Thursday afternoon, the UK’s combined score came in at fourth, sealing a place in the quarter-finals in which they progressed from after edging out Italy 6-5.

Sussex Footgolfer Paul Oliver sunk the winning putt after a tense game that could have gone either way, sparking jubilant scenes from the UK team on the 18th green. Clinton Moore, also of Sussex, aced the opening hole in one of the main highlights so far in the competition, which is being held in Argentina’s capital city Buenos Aires. 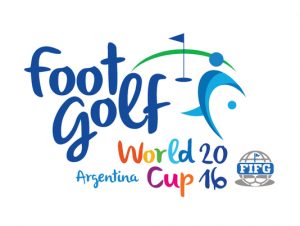 Oliver scored -6 to find himself in second place overall in the individual scores after the opening day of play, with Moore his closest Sussex teammate back on +2. Nick Iron and Phil Butcher posted scores of +5 and +7 respectively, however Sussex’s final representative Ryann Smith had a nightmare opening day, scoring 91 which is 19 shots over par.

Fortunately, UK’s combined score was enough to progress and with just two games between themselves and a World Cup medal, things are really beginning to heat up in South America.

If the UK are able to surpass the number one seeds Argentina, a final with either the USA or Holland awaits on Sunday. World Cup glory would be a massive step forward for UK Footgolf as the sport continues to grow in popularity and earn respect on the global stage.

SCiO Scanner- The Future of Dieting?

Get Hired at a Camp America Recruitment Fair