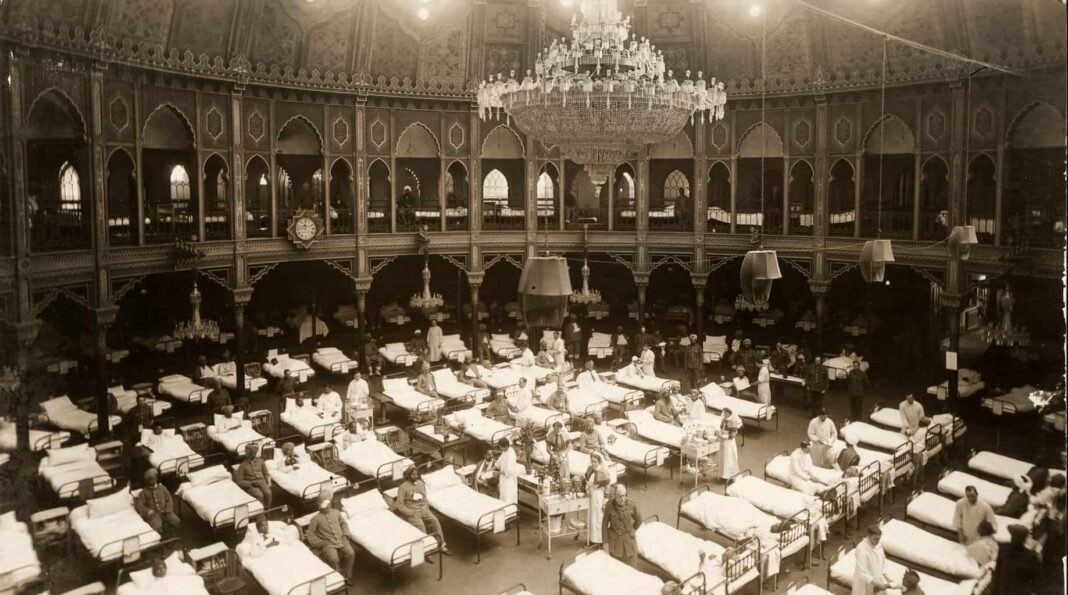 To commemorate Remembrance Sunday, Brighton Dome opens its doors to the past for a day of free activities looking back at the Royal Pavilion Estate’s role during the First and Second World War.

On Sun 3 Nov, visitors to Brighton Dome can learn more about the soldiers of World War I and the conversion of the Pavilion, Dome and Corn Exchange into an Indian military hospital. Local historian Chris Horlock will give a talk about how Brighton residents and the city adapted during war time.

Historical research volunteers and Brighton Dome staff will share archive material including information about Douglas Reeve and his infamous organ concerts that took place in the Concert Hall during World War II. Reeve regularly carried on playing during air raids and continued his performance following a bomb raid on the nearby Royal Pavilion lawns.

Also on display will be fascinating photographs during World War I, when over 4,000 soldiers were nursed back to health in a make-shift hospital sited across the Royal Pavilion Estate and material about the social dances held at Brighton Dome in World War II when allied soldiers danced their cares away every Saturday night with local Brightonians.

There will be two backstage tours on the day, offering visitors a chance to explore the history of the iconic venue during the wars, peek into the artists’ dressing rooms and get a rare glimpse of King George IV’s secret underground tunnel.

The free open day takes place on Sun 3 November from 10am – 3pm at Brighton Dome.