Home Culture From woolly hats to Kinky Knickers – buying British may not be... 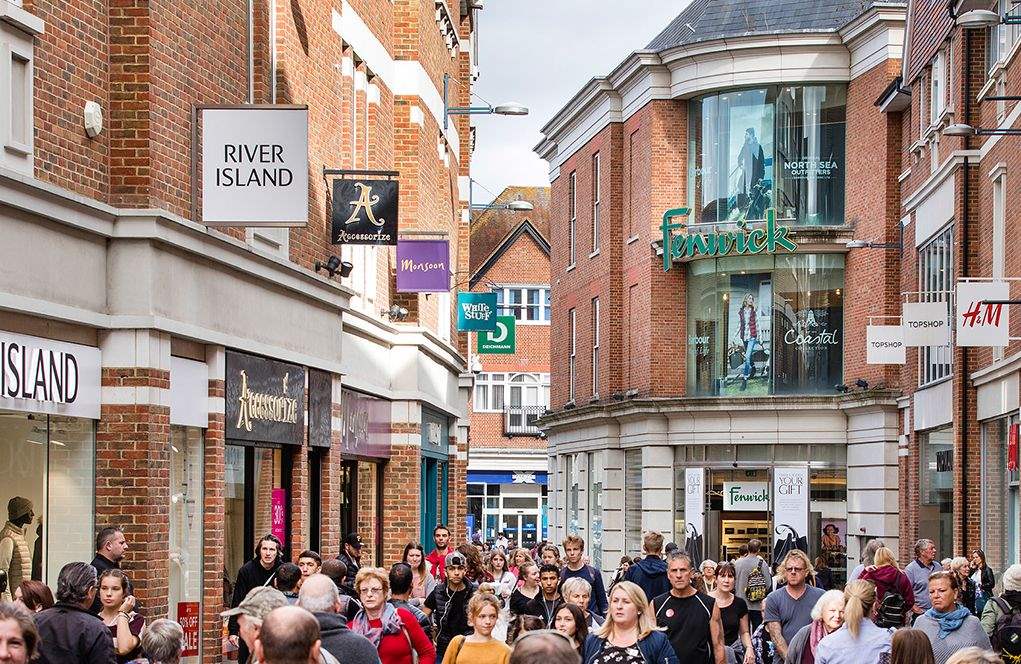 A letter, co-signed by hundreds of shops and trade bodies, declared that:

Every penny you spend, every purchase you make, is a shop kept afloat and a job maintained.

The message was clear: shoppers, your country needs you. It is a call to British consumers that has been made numerous times before.

When you pop to Marks & Spencer to buy a chocolate pudding, are you helping to save jobs? The government certainly seems to think so. Chancellor Rishi Sunak urged Britain’s consumers to back the campaign. The economic strain of furlough and bailouts has drained the government’s coffers. Consumer activity could help retailers, small or large, to economically stabilise and relieve some of that burden.

However, a trip to Ikea or Primark is not what the Mirror has in mind. The call is to buy “British-made products and services”. This consumer-driven protectionist stance asks shoppers to keep their money flowing between the retailers and makers of Britain, rather than filling the pockets of overseas business tycoons.

Beef with a Red Tractor, eggs with the British Lion, and a Vauxhall Vivaro are the Mirror’s picks of patriotic purchases. From its union-flag-emblazoned logo to its pseudo-wartime rhetoric of “doing your bit”, this is a campaign about constructing and projecting national identity as much as it is about economic vitality.

The reactionary bandage of “buying British” is a recurring strategy in times of national emergency, whether economic or cultural. In the 1960s, Britain was refused membership of the EU twice, partly on the grounds of the UK’s working practices. In 1968, this prompted the entertainer Bruce Forsyth to release his jaunty and maddeningly catchy nationalistic anthem, I’m Backing Britain.

The song was part of a campaign to encourage people to support the nation’s economy and work an extra half an hour without pay. The movement was initially met with patriotic fervour, before it was revealed that the campaign’s T-shirts were manufactured not in the UK, but in Portugal. Unsurprisingly, the campaign swiftly crumbled.

Such short-lived moments of patriotic shopping are scattered throughout Britain’s history. In Tudor England, sumptuary laws defined what you could buy. The laws ensured that people across the social spectrum dressed according to their rank and class. One such law decreed that it was legally required for woolly hats to be worn by men on Sundays. At the time, wool was a cornerstone of the nation’s economy and the government was desperate to maintain its profitability. The woolly hat not only supported agriculture and weaving but was a badge of national pride.

As these laws fell into decline and the British empire grew, the government had to rely on shoppers’ awareness of the economic implications of their consumer behaviour. The government wanted money, not imported goods, to flood into the country.

By 1922, as the British empire began to crumble, Empire Shopping Week was introduced to claw back some of the consumer power of the nation’s 19th-century heyday. Organised in over 200 towns, union flags were unfurled and hung outside shops, along with maps displaying the remaining colonies.

The future for British-made goods

In 2020, there are many environmental and ethical benefits to buying local, including, in some cases, decreased food miles. Shopping local reduces monopolies and resists the encroaching power of retail giants. Yet today’s call to arms – or rather call to shopping bags – is fundamentally different to previous ones.

Unlike the industrial powerhouse that was 19th-century Britain, there are very few British-made products left. Those that do persist are often niche and expensive, priced as an aspirational choice for the middle-class conscientious consumer. Red Tractor meats and other British farm produce are exceptions, although their dominance risks being undermined by the government’s free-trade negotiations with America.

Made in Britain movements have attempted to address this fundamental lack of mass-market British products. In 2012, Mary Portas attempted to manufacture a British-made line of affordable underwear, known as Kinky Knickers. But Portas found it nigh-on impossible to source viable British-made materials, and in 2016 the manufacturers entered administration. Similarly, the new blue British passport is made in Poland, and the Mini, the quintessential British car, requires components from France.

Shopping for Britain shifts economic responsibility away from the halls of power and onto consumers, but they are left with a near-impossible task. Shopping locally and conscientiously has multiple benefits. However, in a globally connected and reliant world, buying British may be a thing of the past.

Serena Dyer, Lecturer in History of Design and Material Culture, De Montfort UniversityThis article is republished from The Conversation under a Creative Commons license. Read the original article.

6 Ideas On How To Decorate A Fancy Dining Area