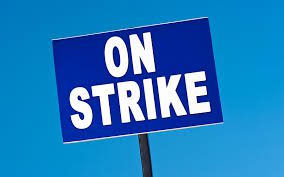 Previously outsourced to maintenance company Mears Ltd, the repairs team was transferred back in-house on 1st April, and employees claim that they are being denied an equal amount of holiday and access to sick pay as their colleagues in other council departments.

GMB had delayed industrial action for a number of months while negotiations continued, but claims that its members’ “patience has finally run out.”

The Union claims that the council’s proposed scheme for transferred workers would see staff forced to take considerable pay cut if they wish to gain access to a sick pay scheme.

Local branch secretary, Mark Turner, said: “This fight for parity has gone on since October 2019 and to now simply offer pay cuts for some to allow colleagues entry into a sick pay for all is just not acceptable after 11 months of discussion.

“The council can dress it up in as many ways as they like, but the result is clear that many will see their pay cut by thousands of pounds.”

GMB Regional Organiser, Gary Palmer, added: “We can only apologise to the city’s residents who will be affected by the knock-on effect either directly or indirectly as a result of any such a strike. But this first round of strike action will see a halt to all repairs, emergency or otherwise, for 5 days for the week commencing 7th September.

“During that period, if the Council do not change their approach, we will further notify and issue additional dates for industrial action over the coming weeks.

“Of course, it’s never too late to talk and our door remains open, but our members will not accept a pay cut in order to gain parity with their colleagues on sick and holiday pay.  This is robbing Peter to pay Paul and is unacceptable.”

Brighton Council, however, has claimed that their scheme would actually see housing staff receive an increase in pay.

A statement published on their website reads: “We are offering all transferred staff the opportunity to switch from their current contracts to council terms and conditions, which includes full sick pay and annual leave entitlements.

“This would see the vast majority receiving significant pay increases, and ensures that transferred staff are paid fairly and equitably with other council staff.

We will not be making anyone take a reduction to their pay.”

It continues: “We feel the offer the council has made is fair, transparent and offers many benefits for colleagues who may want to transfer to council terms.

“It also means that all council staff are paid fairly and equally and we are not entering into an agreement that might create unfair pay for any one group of staff.

“The council has urged residents to report any housing issues in the usual way during the strike period.”