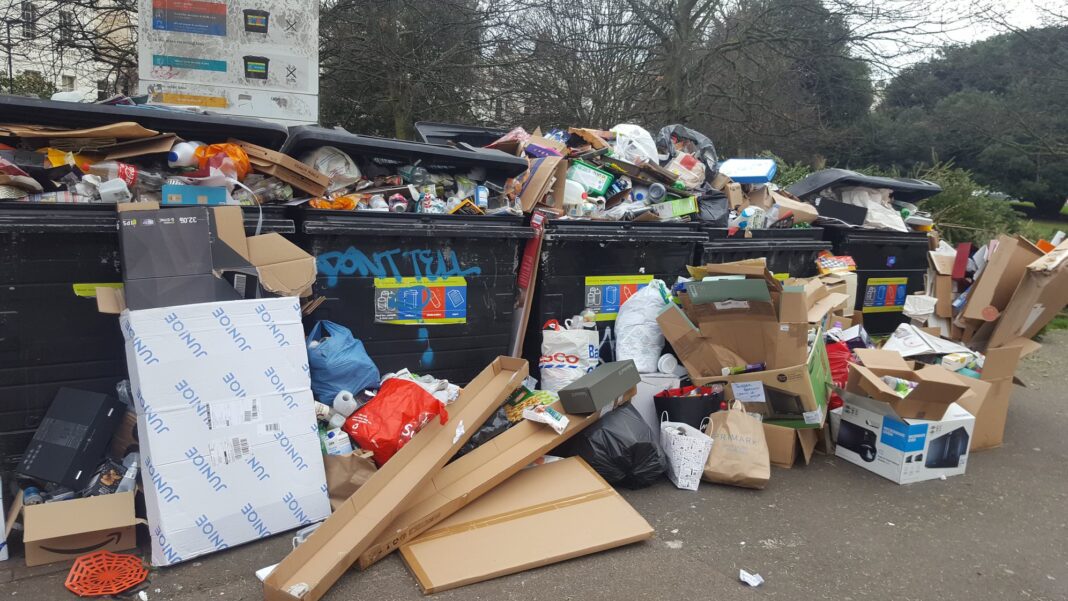 Brighton and Hove’s Labour council has been accused of breaking their pledge to improve their refuse and recycling service by Green Party councillors.

Delays in waste and recycling collections have mounted over the festive period, with ks to the service reportedly continuing into the New Year.

The Green Party has challenged the Labour council’s promise from 2015, in which they identified “collecting refuse, increasing recycling and cleaning the streets [to be] a top council priority”.

Councillor Leo Littman, a spokesperson for the Environment, Transport and Sustainability committee, said: “Instead of their so-called pledge to ‘oversee the service’, – which has mysteriously disappeared from their party website – they have shown no leadership and led residents to conclude there is no consistent refuse and recycling collection service in Brighton and Hove.”

The Greens have acknowledged this to be a “complete failure” of Labour to not follow through with their Cityclean contract.

“The Labour Council inherited a refuse and recycling service from the Green council that was in very poor shape.

“Astonishingly, recycling rates had actually gone under the so-called Green council between 2011 and 2015, falling as low as 24%, and there had also been a prolonged and damaging strike.

“We quite understand why the Green Party would like to appear as having the answers now, but as far as residents concerned their record running the council can probably speak for itself.”

Labour refer to of when the city’s bin men went on strike over some of the hottest days of the year.

This was after it was decided their pay was to be cut by £4,000 a year in an attempt to standardise council pay.

The Green-governed council at the time was met with five-day walkouts by the city’s bin men, causing piles of refuse to mount up on the streets.

The Labour Party also highlighted their recent success rate in recycling, achieving a 33 per cent rate, the highest level Brighton and Hove has ever reached.

These accusations from Green Party councillors arrive shortly after a whistleblower has claimed Veolia, the company in charge of the city’s waste disposal, ordered bin crews to take recycling into the household waste facility to be incinerated.

This was reportedly due to the company being unable to cope with the level of recycling collected for the Hollingdean depot.

These accusations are currently being investigated further by Veolia.

Cllr Mac Cafferty also added it is hardly surprising then that so many residents no longer see the point in complaining.

Brighton and Hove City Council commented on the matter: “This is mainly due to staff shortages, which we are working hard to overcome.”

In October 2018, Cityclean chief, Rachel Chasseaud, said the issues with the service in Brighton and Hove would take six months to get back on track and two years to completely rectify.