Home Sports How has Potter settled into his role at Brighton? 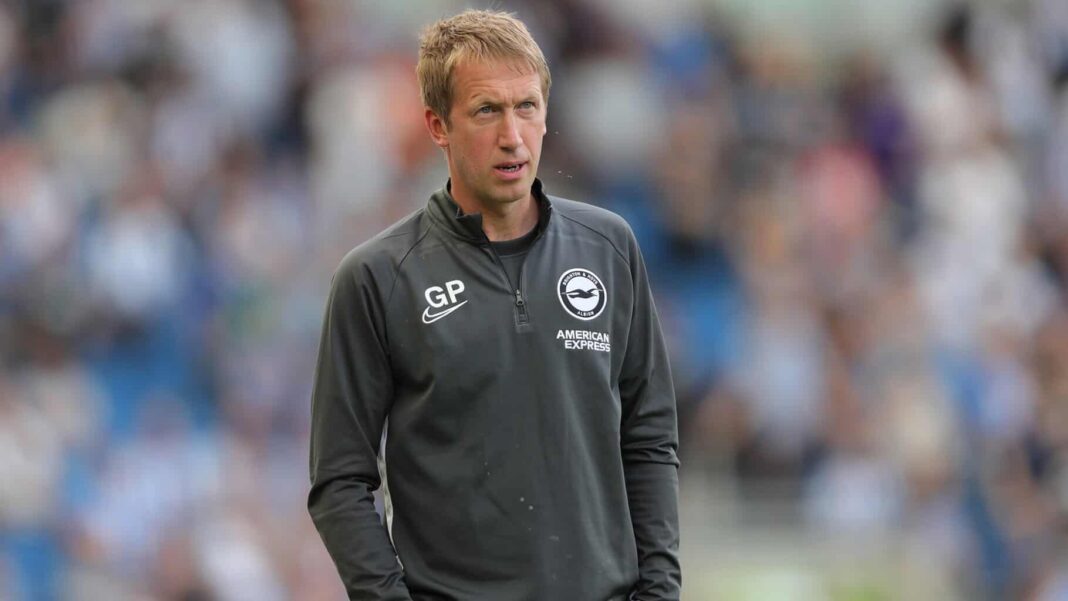 With the third game of the season taking place this weekend, perhaps now is a good time to take a step back and review how things have changed with Graham Potter taking over from Chris Hughton. With each result coming in a different format we have seen the best and the worst of the new system that Potter is trying to implement at Brighton and Hove Albion.

The first game of the season saw Brighton come flying out of the gates with a comfortable 3-0 away win over a difficult Watford side. For this game Potter decided not to start any of the new signings but did introduce us to the new formation that Brighton have adopted throughout these opening matches. It consists a back line of five defenders, with three centre backs and two wing backs, two central midfielders, two wingers and a striker. Having a third centre back meant the reintroduction of Dan Burn into the starting eleven and he has certainly impressed since coming into the team. Whilst Potter has since introduced some of the summer signings, he has kept this formation much the same, however, arguably not to as great an effect.

One characteristic of this new formation that really stood out in the first game was the freedom and confidence it has given Lewis Dunk, Shane Duffy and Dan Burn to take the ball out from defence and find a pass, as they know that when they do so there will still be two centre backs left in defence. In fact, such a venture from Dunk led to the final goal as he drove up to the halfway line before finding a defence splitting pass to feed nicely into the path of the substitute and Brighton’s new striker Neal Maupay, who then rounded the keeper and slotted the ball home. This is a huge benefit that the new formation brings as there are three centre backs who are very calm on the ball and can find these passes. Unfortunately, in the last two games at home this feature has not been utilised as much as it could.

Next up Brighton faced West Ham for their first home game of the season, which ended in a 1-1 draw. Whilst this game was at times frustrating as Brighton poured on the pressure, we did get the chance to see Brighton’s new signing Leandro Trossard stretch his legs for the first time on the left wing. Trossard had an outstanding game, scoring twice in total with one of them being ruled retrospectively as offside by VAR after a well-timed volley. But later in the game Glen Murray challenged for a lofted ball forwarded by Pascal Gross, the ball then deflected off the defender into the path of Trossard, who shifted it onto his right foot before producing a fine finish, nestling the ball into the bottom left corner of the net.

Apart from Trossard’s impressive performance, this was a frustrating result for Albion.Having the majority of the chances and possession, it seems that the struggle Hughton had for scoring goals has carried over to Potter.

Finally, this weekend saw Brighton face an out of form Southampton side- a game Brighton definitely would have had down as winnable. However, after Florin Andone saw red for a reckless challenge in the first half, Albion went on to concede two goals losing for the first time this season. Whilst the result was not what Brighton were hoping for, the performance showed some promise. Going down to ten men is never easy, but Brighton showed spirit in a valiant attempt to fight back and even without the full eleven on the field, they managed to keep creating chances only to go a goal down from a scorching shot into the top right corner from Moussa Djenepo. Albion pushed for an equaliser until the inevitable happened in the 91st minute as Nathan Redmond tapped in a low driven cross from a fast counterattack, doubling the Saints lead. Whilst Brighton’s spirit was certainly on display, the lack of an end product in the final third of the pitch was too with Brighton scoring just the one goal to once again be ruled out for offside by VAR.

Overall Graham Potter’s initiation into Brighton and Hove Albion has seen mixed performances, from an extremely promising opening game to two goal lacking performances that Albion fans are far too familiar with. But with this in mind, we must remember that Potter has come in to try and implement his own style and it will take time for the players to adapt to his new way of playing. Albion are far more attack minded, which is what fans were calling for with Hughton in charge, and they are playing very attractive football. Potter needs time to consolidate his style and with that the results will come.

Sussex Young Musician of the Year 2020