Home News How the humble blouse got women out to work and revolutionised a... 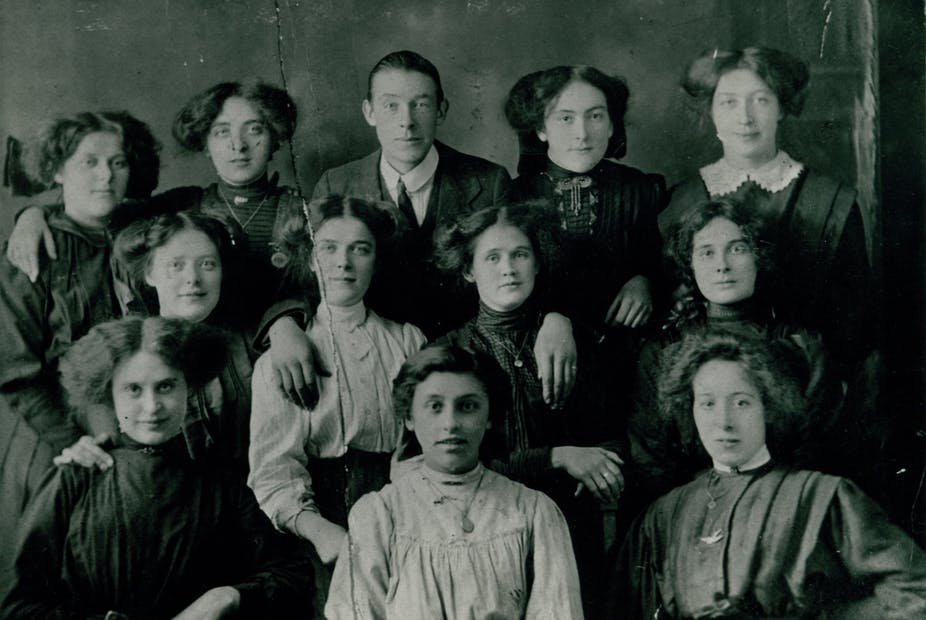 As more people are encouraged to head back to the office, they will be swapping their home wear for their work wear. One staple of the working wardrobe has particularly interesting roots – the humble blouse, which gained prominence around the turn of the 20th century thanks to new manufacturing techniques.

Worn with a plain skirt, the blouse became a fashion essential in the wardrobes of working and socially active women across the British class spectrum. Clerical workers, suffragettes and members of the royal family all began to proudly wear them. The blouse and skirt provided a more comfortable way of dressing than the tight bodices and bustle skirts of the late Victorian period. At the start of the twentieth century, the Edwardian blouse was elaborate and decorative. The blouse of the 1910s was much simpler in style and shape.

As my research on blouse manufacturing in the 1910s shows, during this period, the blouse was developed as a factory-produced commodity. Designers created loose-fitting garments sized proportionately, as with men’s shirts, by the collar. Sizes ranged from 13 to 15 inches, and included half sizes. Ready-made blouses were created from natural fibres including cotton, linen, silk or wool, or fibre blends like flannelette. Before this, most women made their own blouses or purchased custom-made ones from a dressmaker so this period was a turning point.

From 1909 the first artificial silk was introduced to the blouse market by textile giant Courtaulds. Made from a blend of cotton and wood-pulp viscose, artificial silk blouses offered women the glossy lustre of silk in a practical blouse able to sustain repeated washing.

Importantly, as fashion and design history academic Cheryl Buckley explains, by 1910 over half of all single women worked outside the home. A collection of four or five lightweight blouses worn with one plain skirt, and sometimes a jacket, formed an ideal working wardrobe for busy typists, teachers and shop workers.

For 200 years Leicester, in England’s East Midlands, was the centre of hosiery and knit production. By the 1910s it had well-established networks of production and distribution, which helped its manufacturers embrace the lucrative business of blouse making.

Leicester’s largest manufacturer, N Corah & Sons, known for football jerseys, woollen swimsuits, stockings and vests, was an early adopter of blouse making. By 1912 they employed an extra 350 blouse makers at their St. Margaret’s Works site, in addition to the 2,500 hosiery workers.

As an industry equipped to manufacture knitted goods, it might seem surprising that Corah’s invested in new factory space and semi-skilled workers devoted to blouse making. But, with high demand for ready-made blouses, and fast profits to be made, several of Leicester’s hosiery factories eagerly began manufacturing blouses.

Blouse making continued sporadically at Corah’s during the first world war. In October 1914, weekly clothing industry trade journal The Drapers’ Record reported that Leicester’s knit industries were working into the night to keep up with orders from the War Department. All of Corah’s knitted underwear and accessories were made available for the troops with the blouse department making khaki shirts for the troops.

Some military details crept into blouse design through shoulder epaulettes and patch pockets. The war also affected design through shortages of materials which ultimately led to simpler and less decorative blouses. Metal was diverted to the war effort leaving hooks and eyes in short supply, this resulted in wider use of buttons. In fact, by 1919 the most usual blouse fastening was a single button, which demonstrates the inventiveness of designers faced with scarcities of materials and labour.

Despite shortages of materials, profiteering and transportation difficulties, wartime conditions enhanced the blouse trade. High levels of employment in industrial production for the war effort led to an increase in disposable income amongst working-class women. These women had money to spend for the first time on new ready-made fashion and, as The Drapers’ Record reported, this included “solid low-priced blouses”.

For factories making blouses, this new market was an added bonus.

In July 1916, Corah’s released an update on their wartime activities which managed to be patriotic while subtly reminding wholesale customers of the fit and finish of their St. Margaret label blouses:

Although our large Blouse department has been working for months at high pressure on Army Shirts we can guarantee to our customers the same careful attention and perfection in fit and finish that has always been the distinguishing feature of “St. Margaret” blouses.

As the war drew to a close The Drapers’ Record claimed that Leicester’s export trade was “resting with both eyes open” while drawing up plans to remind the world of its prominence in manufacturing.

Going forwards, the Leicester trade was said to be optimistic because the government’s heavy wartime demands had enabled factories to install the latest equipment while overcoming frustrating technical difficulties. Unfortunately, Corah’s foray into ready-made blouse fashion was ultimately unsustainable. When fashions changed in the 1920s in favour of dropped waist, tubular shift dresses, demand for ready-made blouses tumbled leading Corah’s to concentrate once again solely on knitted underwear and sportswear.