i360 Goes Pink For Organ Donation 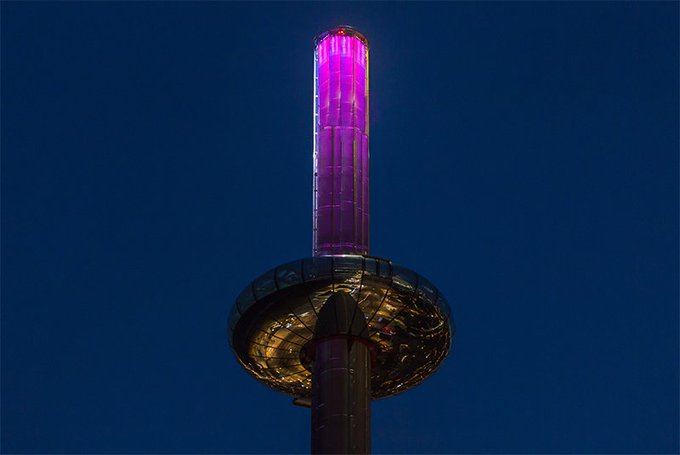 The i360 will be lit up in pink tonight to raise awareness of organ donation.

British Airways is collaborating with NHS Blood and Transfer Service in their #PassItOn campaign, which aims to encourage people to sign up to the register, and tell their families if they want to donate their organs after they die.

Although in many cases ethnic minority patients are able to receive a transplant from a white donor, there have been cases of patients having to wait longer from a donor from their own community, or even dying whilst waiting from an organ donor of the same ethnic group.

One in five people who died on the Transplant Waiting List in 2017/18 was from a black, Asian or ethnic minority background.

The #PassItOn campaign has prompted many tributes from people whose lives have been saved by organ donation.

This family photo was taken 5yrs ago today before we handed our precious daughter over to the incredible team @Bham_Childrens for liver transplant. I think the second photo says it all. We can never thank Emily’s donor enough. Please discuss #OrganDonation #passiton #giftoflife pic.twitter.com/VUKcSf9pMs

#MeetTheTeam Please meet Saddia
Saddia and her brother Faisal have a special bond after he gifted his sister a kidney. Being part of SYW has given Saddia the opportunity to raise awareness with BAME communities, to have conversations with others about the importance of #PassItOn pic.twitter.com/Pkrudy77Qd

RT @NHSOrganDonor: "It's one of the most selfless acts you can imagine. I will always be thankful." #PassItOn pic.twitter.com/Nsg1dtmAcO