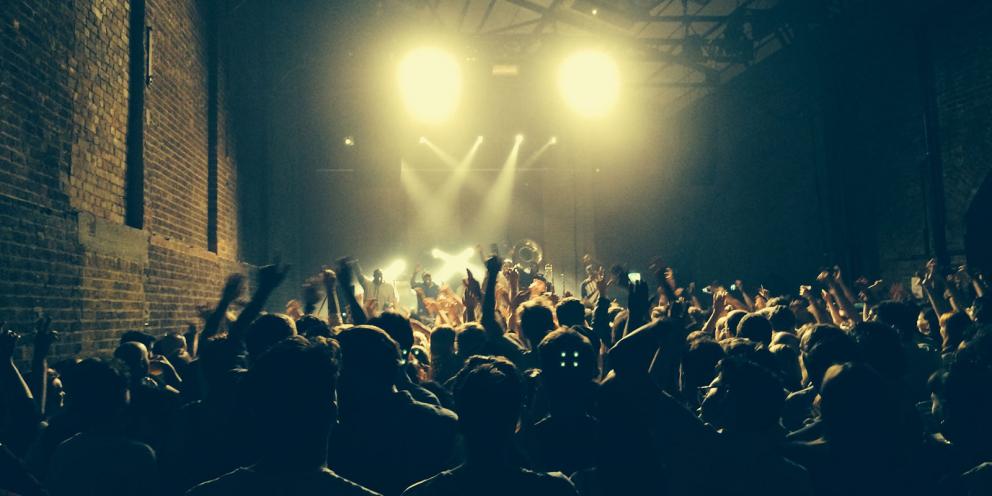 After months of lockdown restrictions, much of the live music industry faced an uncertain future, with many venues fearing permanent closures. Tireless fundraising, easing restrictions, and the return of live music events – albeit exclusively outdoors and socially distanced- has meant that in recent weeks, hopes for a brighter future have slowly returned. The long-term impact of coronavirus on the industry remains to be seen however, and the threat of a second lockdown looms over all sectors of society. By By Katherine Hutchinson

At the beginning of July, UK Music and the UK Live Music Group collaborated with a coalition of live music businesses to launch the Let The Music Play campaign. This called on the government to provide ‘a clear conditional timeline for reopening venues without social distancing’ as well as ‘an immediate comprehensive business and employment support package’. In response the government announced a £1.57 billion support package for the arts at the beginning of July to help protect the future of the industry from the economic damage it continues to suffer.

According to campaigners the live music industry is set to lose at least £900 million if it is forced to remain shut for the rest of the year, with around 30-50% of its workforce facing unemployment. The government’s support package will go some way to alleviating these losses, but if a second wave of coronavirus plunges the country back into lockdown the industry may find itself in dire straits once again.

Warm and sunny weather over the past few weeks has made outdoor events a possibility, with the UK’s first socially distanced gig having taken place in Newcastle on August 11 featuring rock singer/songwriter Sam Fender. However, with Autumn approaching and the weather cooling in the coming months outdoor events may become less viable options.

Tourism significantly contributes to Brighton’s economy and events like Pride, Brighton Festival, and the Great Escape Music Festival, as well as year-round smaller scale live music events play important roles in attracting visitors. Back in April at the peak of lockdown many popular Brighton venues such as the Komedia, The Old Market, and the Green Door Store, among others, faced the threat of permanent closure and were forced to launch crowdfunding campaigns.

Whilst many of these campaigns have been successful in keeping the venues afloat so far, most remain under threat and in need of continued fundraising to avoid permanent closure. Popular Manchester venues Gorilla and The Deaf Institute both faced financial ruin in July and were only saved when venue group Tokyo Industries bought them. Others may be less fortunate.

The band Apre toured earlier this year, in February playing at The Green Door Store. Band member Jules Konieczny gave his thoughts on how the industry has been impacted.

On the experience of playing at virtual gigs the musician had this to say: ‘We have performed at tonnes of virtual festivals and I think everyone is feeling very fatigued by them (including us). As soon as lockdown started every single artist took to Instagram to perform and do live streams so much so that I think the fans are just fed up of it. It’s obviously weirder for us to play as well because there is no audience to vibe off of.’

On the amount of government support the industry has received:

‘The amount of government support is scarce to say the least, but I’m aware everyone is working with what they have got right now in every industry. People forget that music venues along with theatres will probably be the last thing out of every industry to open so it is vital the government offer extra support to these places! For us it has been okay because we are very fortunate to have the backing of an amazing record label, but I’m fully aware that some of my closest mates have been a lot less fortunate in regard to government funding. It’s really tough times.’

The band has not yet played at any outdoor socially distanced gigs, but may do so in future:

‘I imagine it’s going to be a pretty vibe-less affair, however it’s good people are getting some income from playing live again!’

It is clear that as restrictions draw on many grassroots live music venues face very uncertain futures. The industry has had some short-term relief from financial difficulties through government support and fundraising, but as the weather gets colder and a second wave looms this may prove insufficient. Glastonbury’s founder Michael Eavis recently stated he fears the festival may not return until 2022, and a similar fate may await other live music events. Smaller venues, particularly ones which have little or no outside capacity may be unable to open until next year.

The UK’s live music industry is the second biggest in the world and provides the infrastructure for much of the country’s cultural output. Whatever damage it experiences from the pandemic will inevitably be felt throughout the wider economy, particularly in an area as musically vibrant as Brighton.