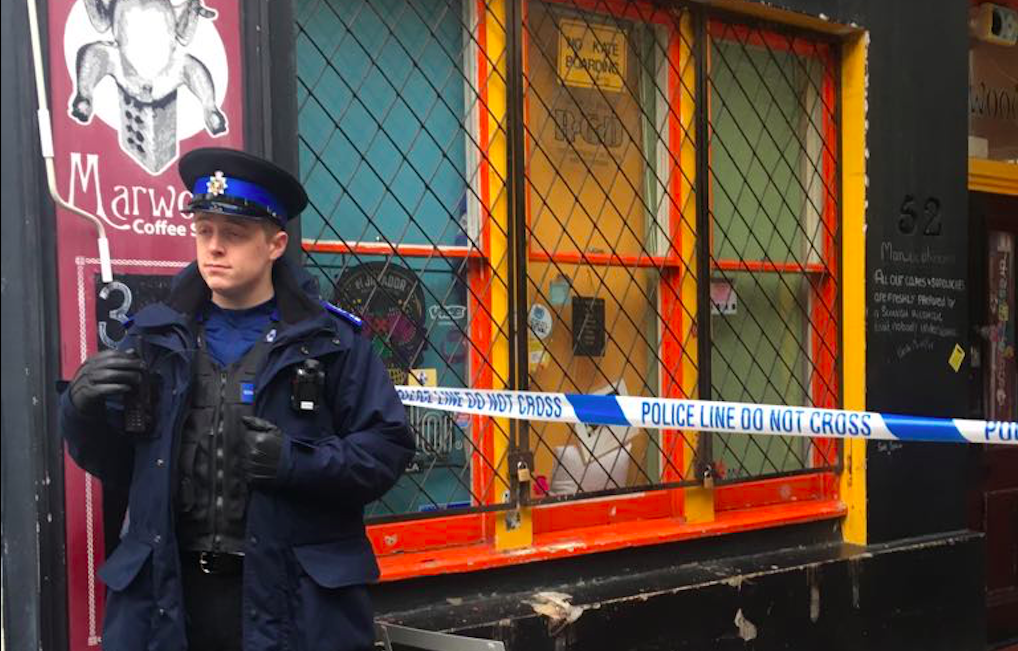 This morning the local café Marwood was surprisingly closed, as police officers have been seen standing outside and the area was closed to the public.

The Marwood café is a popular “cool” spot in Brighton, so much so that it was even nominated as one of the coolest cafés in the country by ShortList Magazine. The café has gained notoriety amongst locals due to its diverse clientele and its quirky decor.

Details about what happened are still unknown. When asked to comment on the unusual situation the police responded with a “no comment”. Without success, our team has also tried to contact the Marwood and its owners directly; hopefully, they will reply to share more clarity on the events.

Harry Petrakas, the café manager, replied by saying: “while we were closed overnight, there was an alleged incident in an area outside of Marwood. No one from Marwood was involved or hurt and we are currently assisting the police by preserving what could be a potential area of interest to the police investigation and also by sharing our CCTV. Until the police have conducted their investigation we will remain closed to the public and will advise through our Facebook page when we will reopen.”