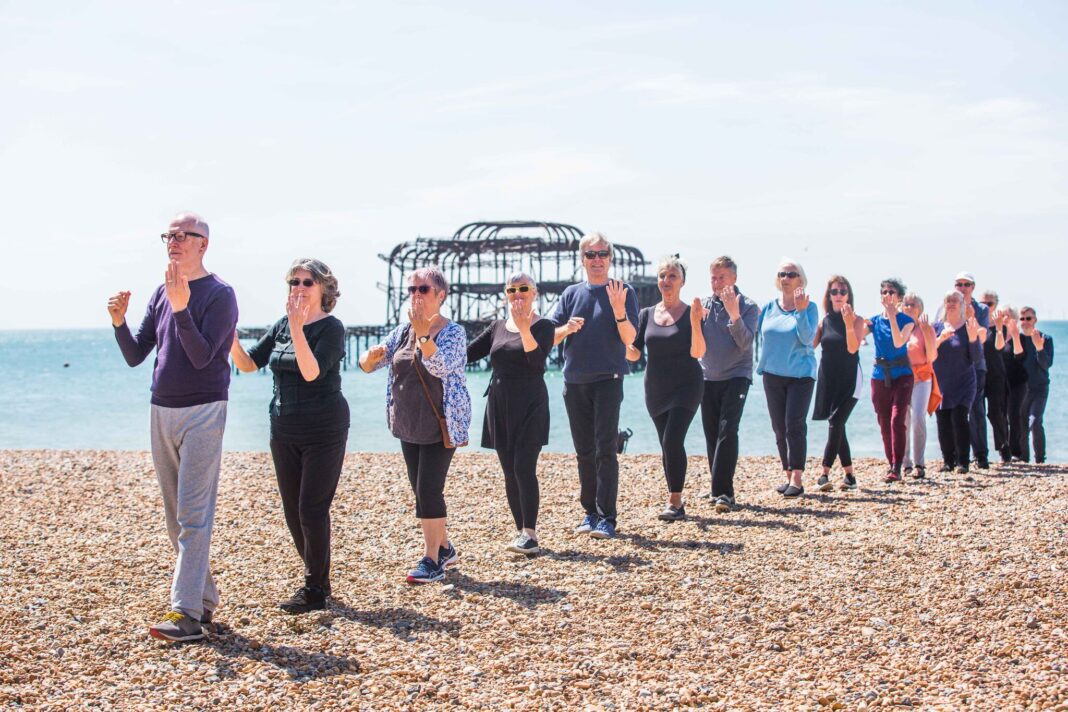 Members of Three Score Dance will come together on 21st May to recreate The NELKEN line, a recreation of Pina Bausch’s classic piece, ‘The Nelken’. The exclusively over 60’s contemporary dance troupe will be joined by over 200 volunteers on Brighton seafront this weekend to perform the piece which has been taking countries all over the world by storm.

This fantastic world wide project, created by the Pina Bausch Foundation and ARTE, encourages dance companies to submit their own recreations of Pina Bausch’s classic. So far dancers from France, Ireland, Chile, Cyprus, Spain and Germany have already responded – their videos are available to view on the NELKEN-Line website. Three Score have already uploaded their own version, but are opening Saturday’s performance up to volunteers as part of Brighton Festival.

The volunteers who will be joining Three Score Dance have been attending workshops led by the company’s Artistic Director, Jason Keenan-Smith, in order to perfect the four iconic moves that make up the NELKEN Line. The performance features the ‘Spring, Summer, Autumn, Winter’ a sequence taken from Pina Bausch’s 1982 piece, which was originally performed to “West End Blues” by Louis Armstrong & His Hot Five.

The company itself was initially founded to offer men and women over 60 in the Brighton area an opportunity to be a part of a dance company – many of the members have no real dance training, and the company undoubtedly relies on it’s members passion and enthusiasm. The company’s founders also believe that is the members ‘wealth of life experience’ that give the troupe it’s unique quality it possesses. Three Score Dance’s Volunteer Management Group member,  Vicki Crowther,  has said that “being part of Three Score Dance means we are standing up for the older dancer”.

A dance company that truly represents diversity is one that compliments Brighton’s welcoming and all-encompassing attitude, and we can’t wait to see the performance on Saturday – we imagine it’s truly not to be missed!

The performance will begin at 6.30pm on Brighton’s seafront.