Home Events Priscilla Queen of the Desert The Musical: A Review 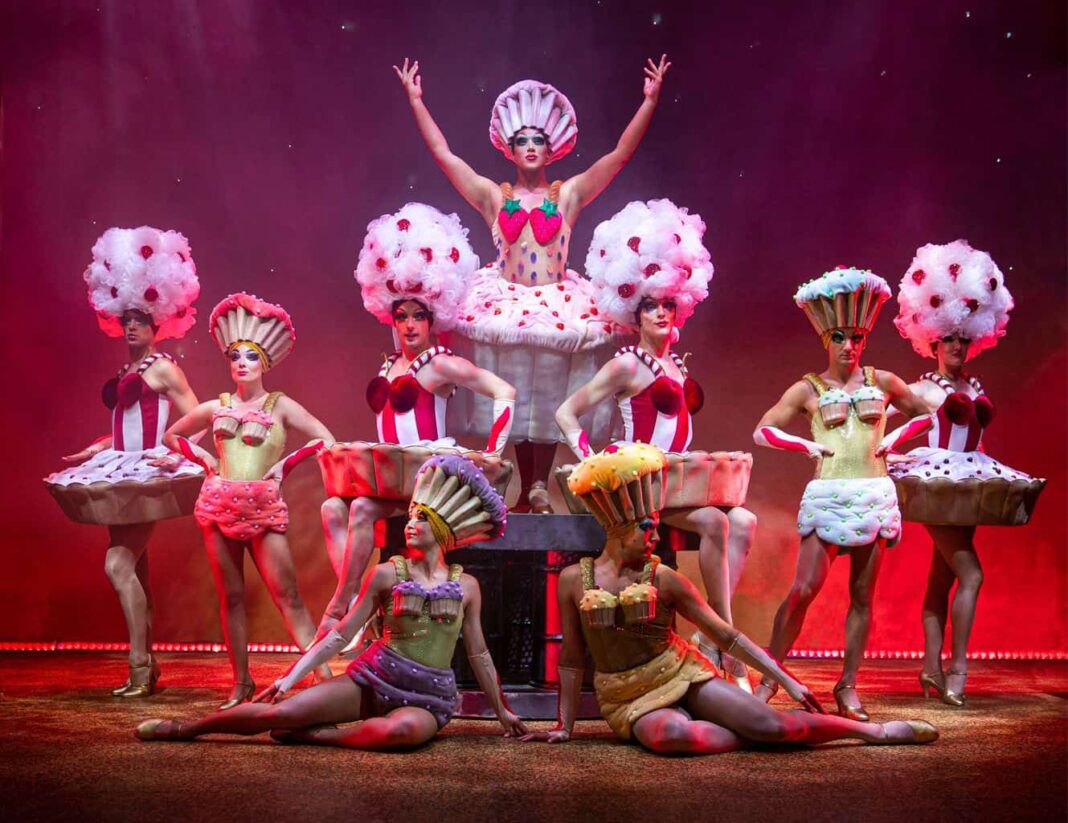 “Priscilla Queen of the Desert: The Musical” was a joyful, uninhibited expression of talent and creativity. The iconic production, based on the famous 1994 film, leaves the viewer feeling humbled and simultaneously more audacious simply for having taken part in a small way.

Opening with an explosive rendition of It’s Raining Men followed by a stand-up style rapid fire of guffaw inducing quips, it didn’t take long before we knew exactly what we were in for. This opening number was the first in a cherry picked repertoire of party anthems and disco classics including Go West, Venus, and I Will Survive. Each energising song was, as anticipated, accompanied with an equally impressive dance routine executed with artistry and style by the cast. 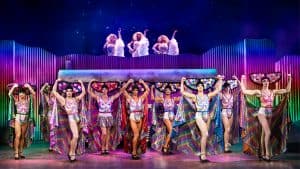 We were introduced to the leads, Strictly Come Dancing winner Joe McFadden is delightfully charming as Tick and comes alive as his drag alter ego Mitzi. His friend Felicia, played by Nick Hayes, is a charismatic queen exuding vulgar sass (the good kind). This is a stark, often conflicting, contrast to the class brought to the trio by Bernadette, a transgender woman portrayed by Miles Western. When these three were not singing live, they performed the traditional drag-art of the Lip Sync as their bedazzled guardian angels. Claudia Kariuki, Aiesha Pease, and Rosie Glossop provided exceptional vocals. 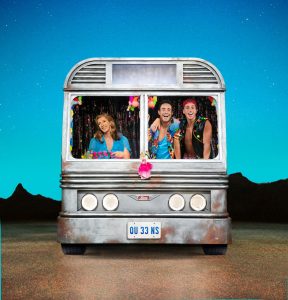 What stood out was how incredibly smooth and flawless the choreography, vocals, and synchronicity between the lip-syncing performers were. However, this is to be expected from a show that has been running since 2006. Additionally, the award winning costume design deserves every single bit of the hype and attention is has received. Gravity defying, illusionist pieces that don’t for a second inhibit the performers ability to exuberantly dart across the stage. The colours, shapes, and concepts were utterly captivating and this is made even more memorable when we are given the opportunity to reflect on the array of costumes in the final throes of the show. 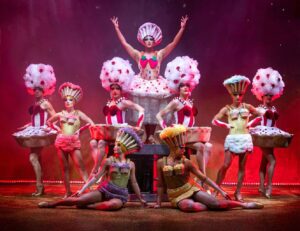 It must be recognised that this show is not exclusively toe-tapping hilarity. The audience were reminded of the agonizingly harsh Costs of our Choices. Dark scenes of bar brawls and threatening hate speech confronted us with the lingering prejudice, discrimination, and abuse faced by these characters. More than once, we were collectively brought to the brink of tears only to be catapulted back into the gaudy, loud, camp world of drag. This emotional whiplash was triggered by the defiant and provocative no-pulled-punches humour characteristic of drag.

Naturally, by the end of the show the audience were up on their feet singing, dancing and clapping unabashedly as only one can after absorbing the electric atmosphere for the previous 120 minutes. Feeling humbled by the experience whilst at once experiencing audaciousness by osmosis was a unique reaction to this show. One that, whilst at points felt a little uncomfortable, on the whole felt overwhelmingly enriching. 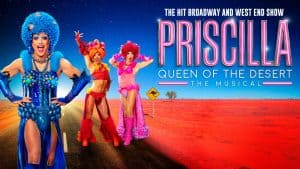 “Priscilla Queen of the Desert: The Musical” is showing at Theatre Royal until the 4th on January 2020. There are still tickets available via our friends at ATG Tickets – grab them whilst you can!