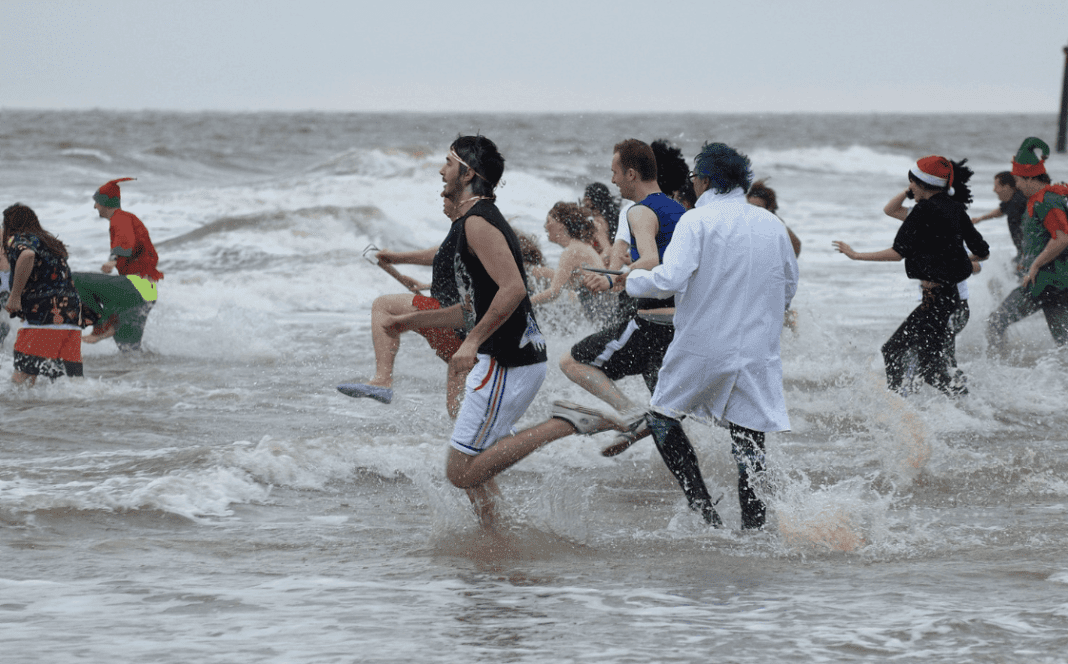 A tradition that will see its 159th anniversary on Christmas Day this year is again raising major safety concerns with the Brighton & Hove City Council.

People head into the sea each year on December 25th for an ice cold dip all over the UK, and have been doing so in Brighton since it was originated by Brighton Swimming Club in 1860. The council strongly urges against this as it can be extremely dangerous to those who are not fully prepared for the rough, cold conditions.

In an effort to put a stop to it, the council has been denying access to the beaches around Brighton Palace Pier on Christmas Day for several years, and will be doing so again in 2019. However, this ban has not thwarted the efforts of the diehard swimmers and spectators in the past, who have taken part each year in summer swimwear and Santa Claus outfits nonetheless.

There have been some extra concerns this year due to the recent damage to the Albion Groyne, as well as the fact that unlike a lot of other beaches, Brighton & Hove’s have hidden hazards.

“The destruction of part of the Albion Groyne last weekend illustrated just how powerful and unforgiving our sea conditions can be.”

He explained that three metre waves were to blame for destroying the south facing part of the groyne, leaving a gaping hole behind. He added:

“Although the area has now been inspected by structural engineers and barriers installed, we are asking the public to read the signs and stay away from the area.”

On the dangers specific to Brighton & Hove beaches, Ingall explained:

“Unlike many other beaches, where you can gradually enter the water, Brighton & Hove beach has a steep shingle slope making it difficult to leave and enter the water especially during the four hours over the high tide period.

“The combination of strong winds and steep shingle banks increases the risk of being swept out to sea.”

For these and other health and safety related reasons, people are being warned to keep themselves, their families and friends, and their pets away from the shoreline this winter. Parents and dog owners are being urged to make sure they are especially careful.

There is an alternative for those determined to go for a dip on Christmas Day. Saltdean Lido are offering a swim in a heated pool, a hot drink, and a mince pie for only £10. Their two sessions are at 8am-8:45am and 9am-9:45am. This was a sold out event last year, so it’s best to book tickets as soon as possible.

Some are absolutely dead set on swimming in the sea on Christmas, and to those people Ingall says:

“Cold water sea swimming takes skill, stamina, and knowledge of the physical dangers and should only be for the very experienced, using suitable wetsuits, in very calm conditions and with friends.

“Even on a calm day, sea currents, unpredictable waves, or a sudden change in weather can create life threatening hazards without warning. Even experienced swimmers can get caught out.

“Check the conditions on the day and consider all those in the group, the sea will be there tomorrow, don’t take unnecessary risks that could threaten your life or others trying to help!”

Chris added that the council is always there for those who have any questions regarding sea conditions and safety:

“We have constant updates on the weather conditions and would urge anyone wondering whether it’s safe wanting to swim to talk to us first.”