Today marks the start of Road Safety Week, an initiative set up and run by Brake, a charity that works to prevent road death & injury, supporting people bereaved or injured in crashes.

One of the branches of their awareness campaign aims to help drivers to keep within road speed limits by highlighting the importance and utility of Intelligent Speed Assistance (ISA), a device that can be fitted into cars and can directly make your driving safer. The device automatically detects dangerous speeds and, in concert with an array of sophisticated electronics, can slow down vehicles driving at dangerous speeds. Brake are calling for the ISA to be fitted to all new cars by law to prevent drivers from reaching unnecessarily high speeds, curbing dangerous driving and the fatalities it causes.

You can sign up for an action pack and donate to the cause here.

Drivers are being urged to slow down and save lives in a campaign that should be vitally important to everyone in the UK following the news that one in five (20%) patients admitted to trauma centres in A&E departments do so following an avoidable road collision. Some 11,486 road users – the equivalent of 31 a day – were admitted to trauma centres in England and Wales with life-threatening injuries in 2016.

An additional analysis of more than 75,000 road crash trauma patients in the last decade shows that:

The regions with the highest proportion of road collision trauma patients were the Thames Valley (25%), North West London (23%), the West Midlands (23%), the East Midlands (22%) and East England (22%).

Brake commissioned an analysis by the Trauma Audit and Research Network (TARN), which records information about patients admitted to trauma centres, set up to deal with the most severe injuries in England and Wales. 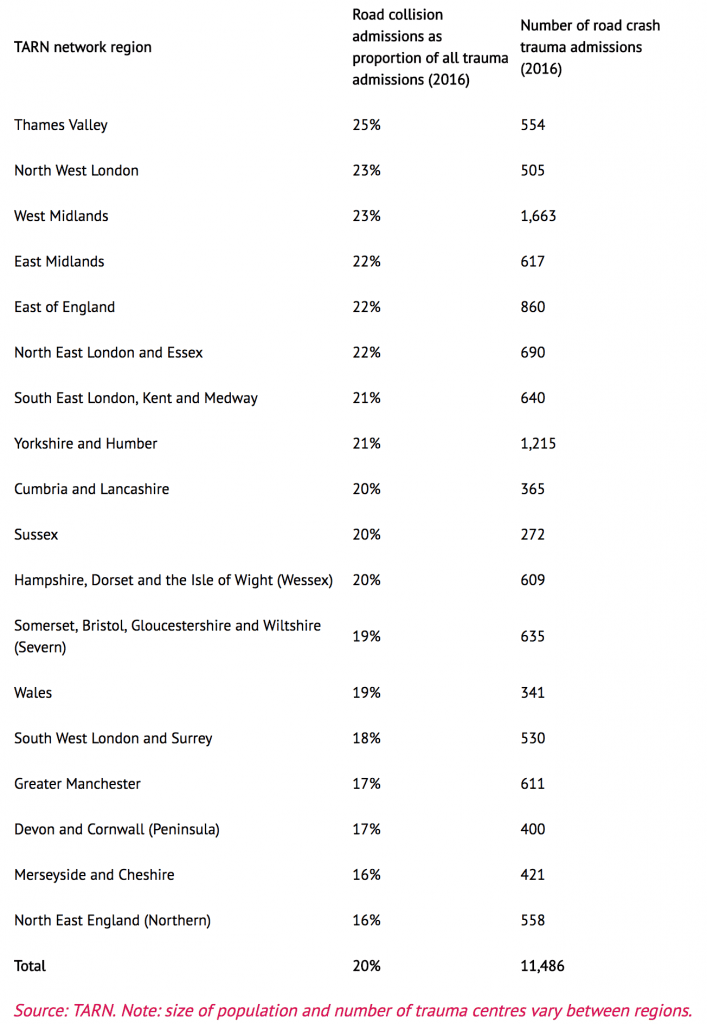 Driving is unpredictable and if something unexpected happens on the road ahead – such as a child stepping out from between parked cars – it is a driver’s speed that will determine whether they can stop in time and, if they can’t stop, how hard they will hit.

Yet newer vehicles are more powerful than ever before and reach high speeds quickly. Driving fast is glamorised and often encouraged by programmes and adverts that worship the cult of the car. We all live busy lives and there is a temptation to speed up in the hope of saving time, where in fact we could be costing lives.

We can all play our part in raising awareness about the dangers of driving too fast and this year’s campaign will focus on:

Register now to be part of Road Safety Week 2017 and get a free electronic action pack. Take part in the Week by promoting Brake’s Speed Down Save Lives theme, or focusing on any other road safety issue that is important to you.

A few facts on why Brake’s theme is important: