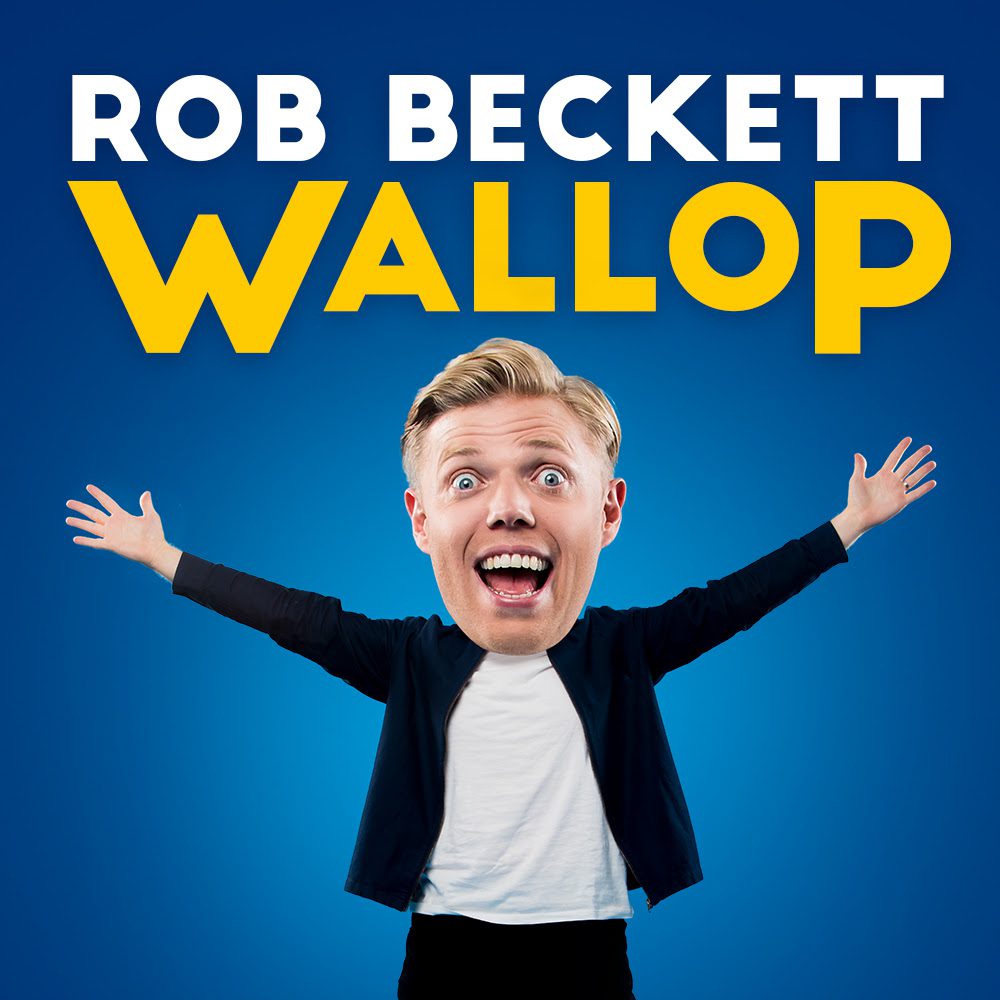 Rob Beckett is BACK!

Before Covid, 130,000 people had bought tickets for his WALLOP! stand-up show. Now he’s back on the road to continue his nationwide tour, taking in a string of rescheduled dates up and down the country. It’s been a busy few years for the Mouth of the South – and he’s coming to see you to fill you in and make you laugh. WALLOP! He comes to Hastings on Wednesday, 8 June at the White Rock Theatre

Rob has also kept himself busy with the hugely popular, smash-hit podcast Parenting Hell, co-presented with Josh Widdicombe, which has had over 55 million downloads and will go on a live Arena tour in April 2023.  The Parenting Hell book will be released in October 2022.  The podcast sees the pair interviewing fellow parents on their successes (or most likely failures) at parenting. Guests have included Katherine Ryan, Jonathan Ross, Kerry Godliman, Peter Crouch, Judi Love and many more.

Rob is currently starring in the fourth series of Sky’s BAFTA-nominated Rob And Romesh Vs, alongside best mate Romesh Ranganathan, as well as ITV’s Paul Sinha’s TV Showdown.

And as if his performance talent isn’t enough, Rob has released his first book – A Class Act – which is his autobiographical account of being working class in the middle-class world of television and comedy.  At work he’s the Cockney geezer, but to his mates down the pub in south-east London, he’s the theatrical one – a media luvvy. But even his wife and kids are posher than him! The book, which is a funny, candid and often moving

account of what it feels like to be an outsider, is published by Harper Non-Fiction and the paperback is out soon.

Rob Beckett burst onto the comedy circuit 10 years ago and hasn’t looked back since. Besides being known as the unmistakable voice of Celebs Go Dating, he’s also been a team captain on Channel 4’s 8 Out of 10 Cats. In 2019 Rob co-hosted The Royal Variety Performance with Romesh Ranganathan, the first time two fellow comedians had hosted the event together in over 30 years.

His cheeky persona has also seen him host Children in Need and Comic Relief. Other TV shows include multiple appearances on BBC One’s Live At The Apollo, Would I Lie To You?, The Graham Norton Show, All Round Mrs Brown’s, Michael McIntyre’s Big Show, Sky One’s A League of Their Own, Channel 4’s 8 Out of 10 Cats and Cats Does Countdown, BBC Two’s Mock The Week, ITV’s Play to The Whistle, The Jonathan Ross Show, ITV Two’s Celebrity Juice, and Dave’s Jon Richardson: Ultimate Worrier, Taskmaster, and Hypothetical.