You could hear them well before you could you could actually see them. Dressed in colourful Rio De Janeiro inspired outfits, the samba bands and processional troupes that usually bring the carnival to Brighton’s streets at the annual Kemp Town Carnival made their way along Brighton’s seafront yesterday morning. Starting at The Tempest Inn at 11 am, the first group made its way along the seafront with a group of dancers showing their best samba moves. 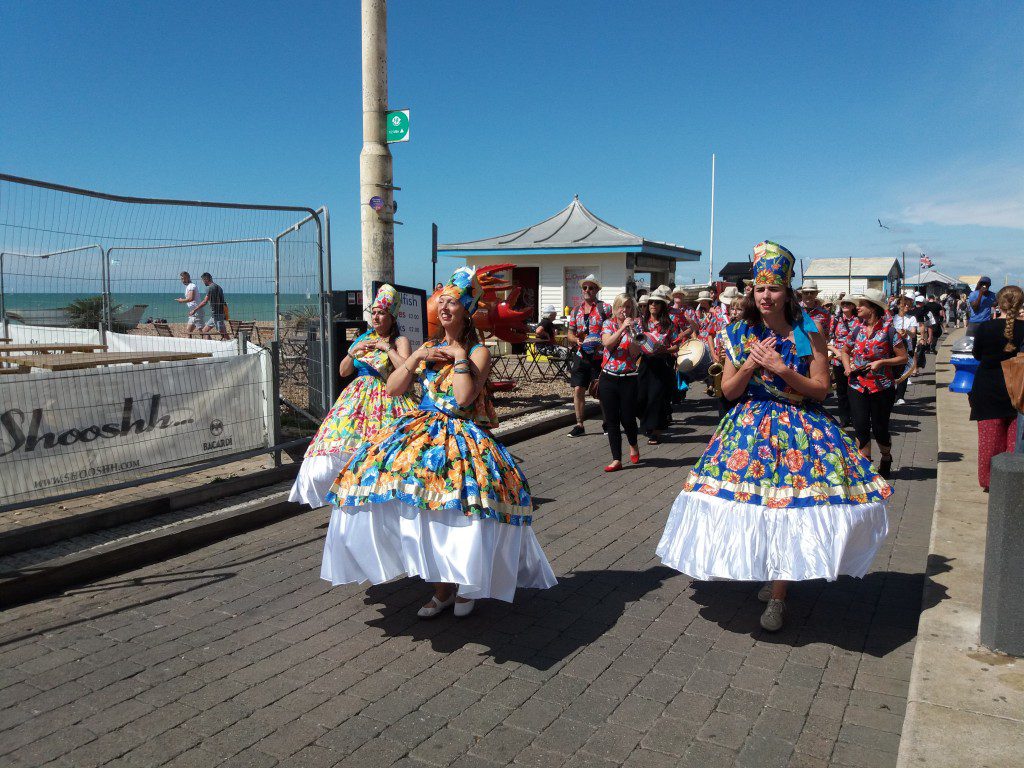 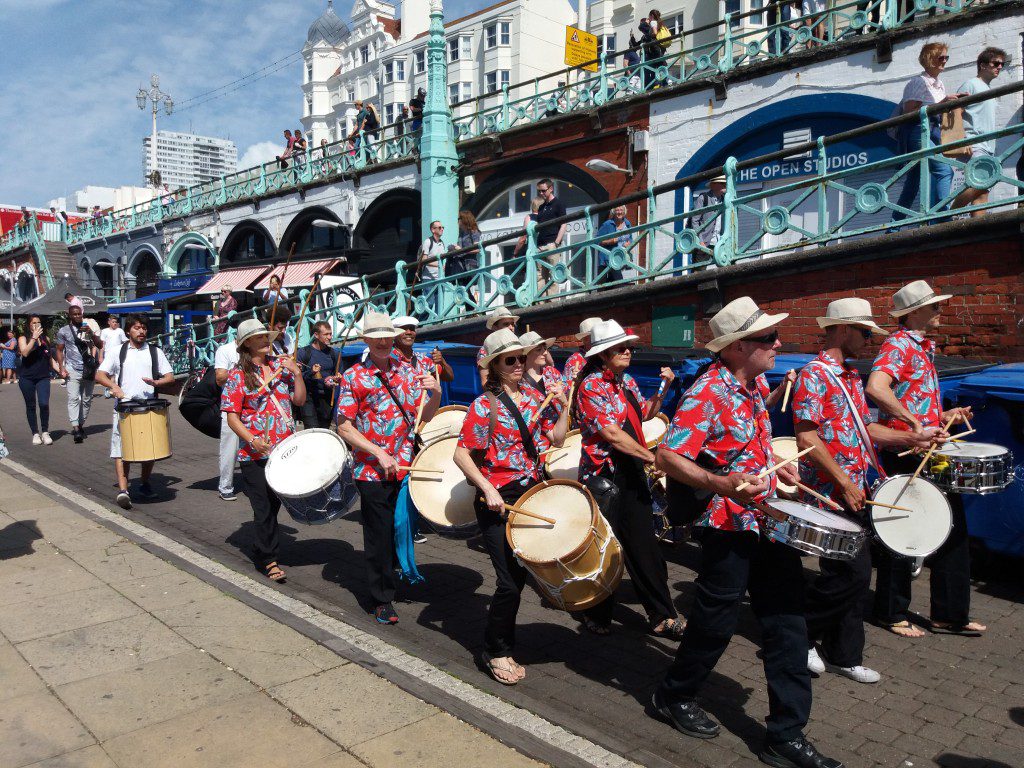 Feel the rhythm! Hard not to start tapping with you foot when they came along. 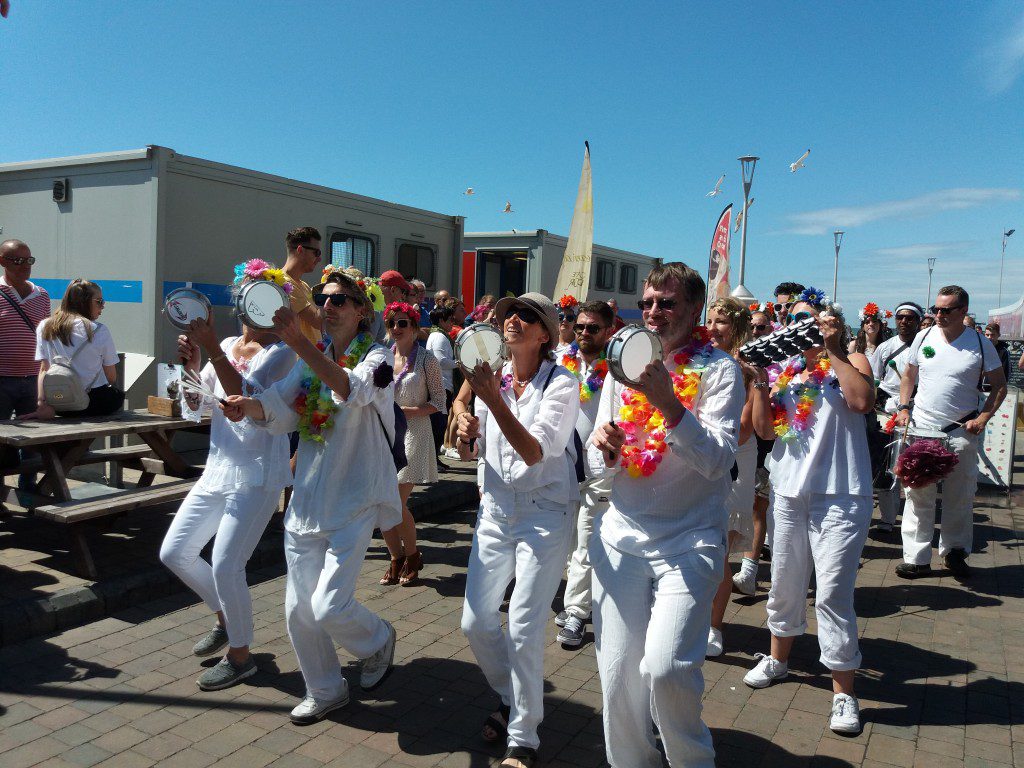 Getting people in a good mood and spreading Brasilian carnival vibes along the seafront. 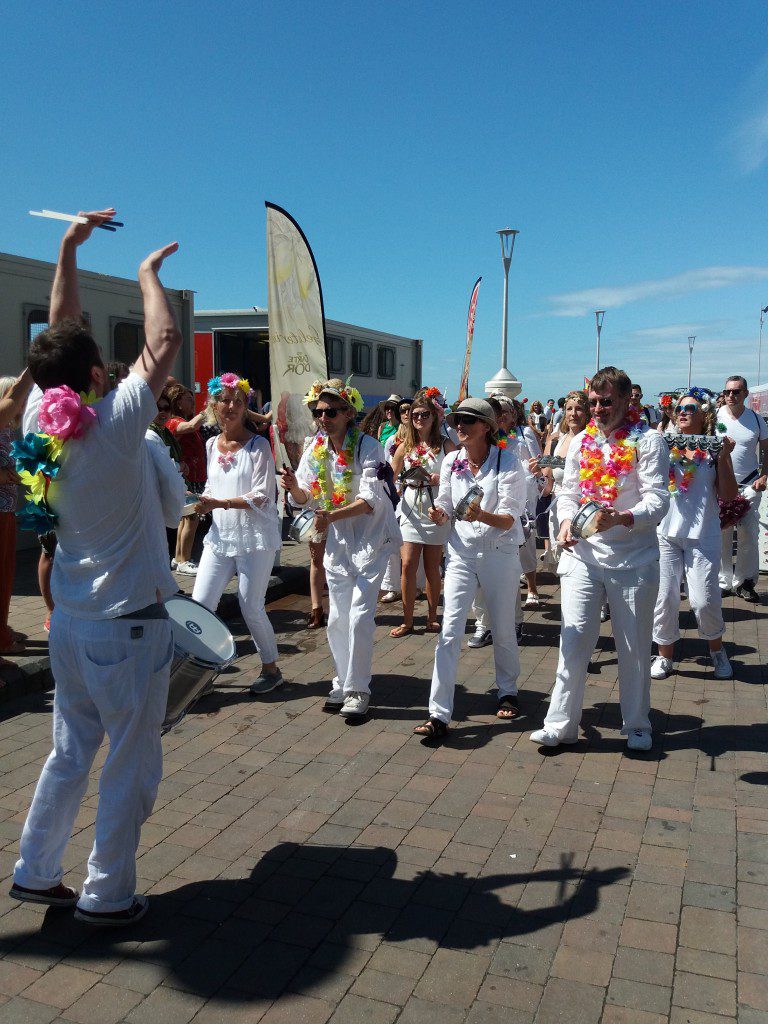 You could still hear the whistle ringing in your ears when they had moved on. 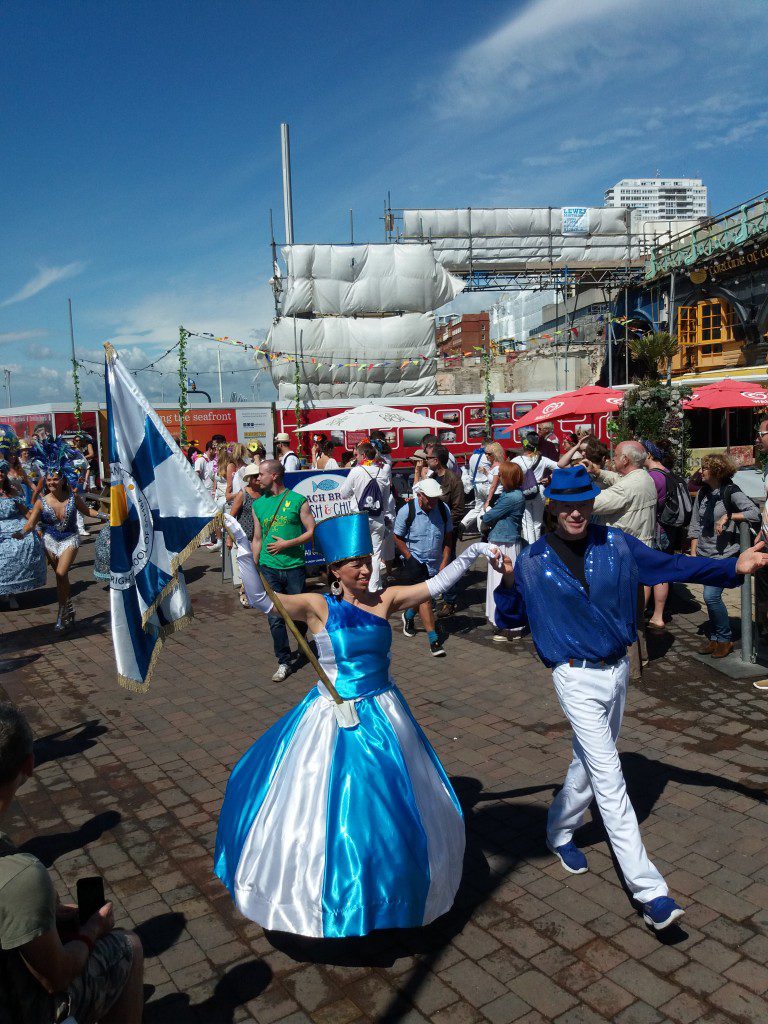 The flag of Brighton’s School of Samba announced who was to come next. 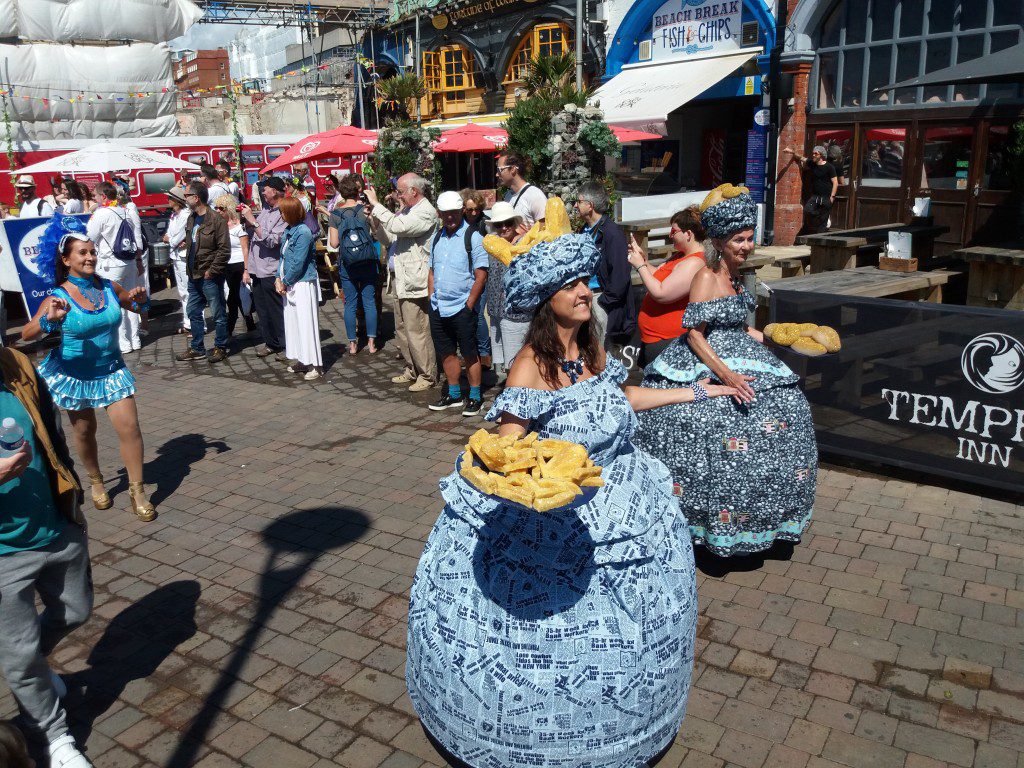 Their outfits were simply amazing! A delight for eyes and ears alike! 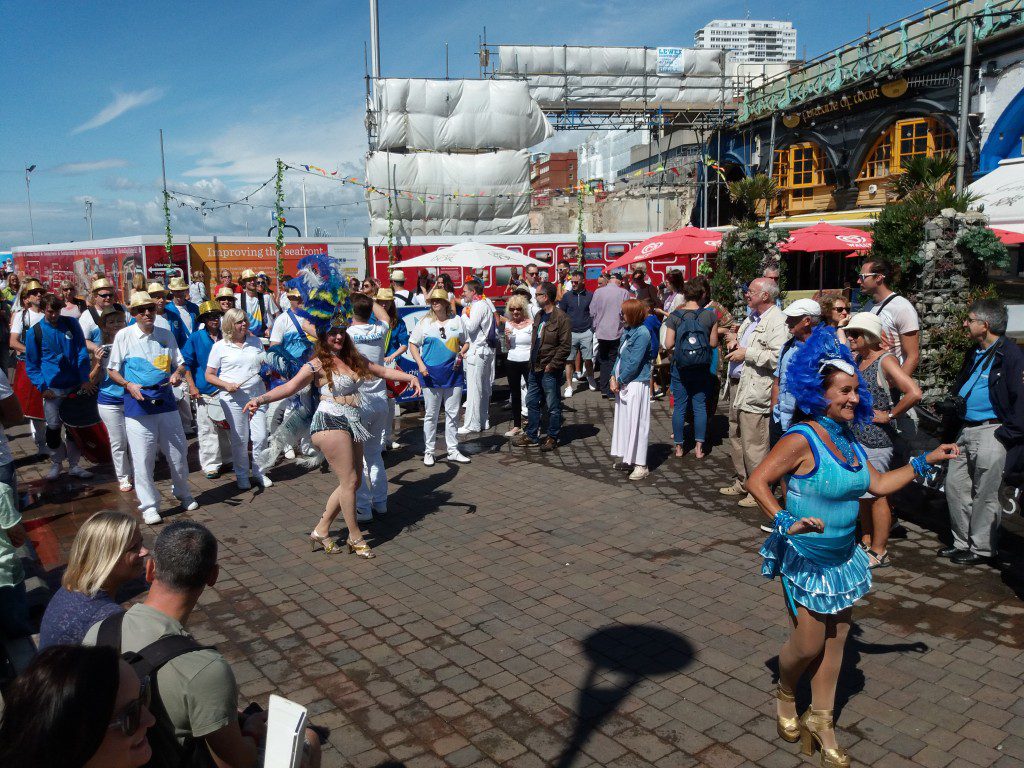 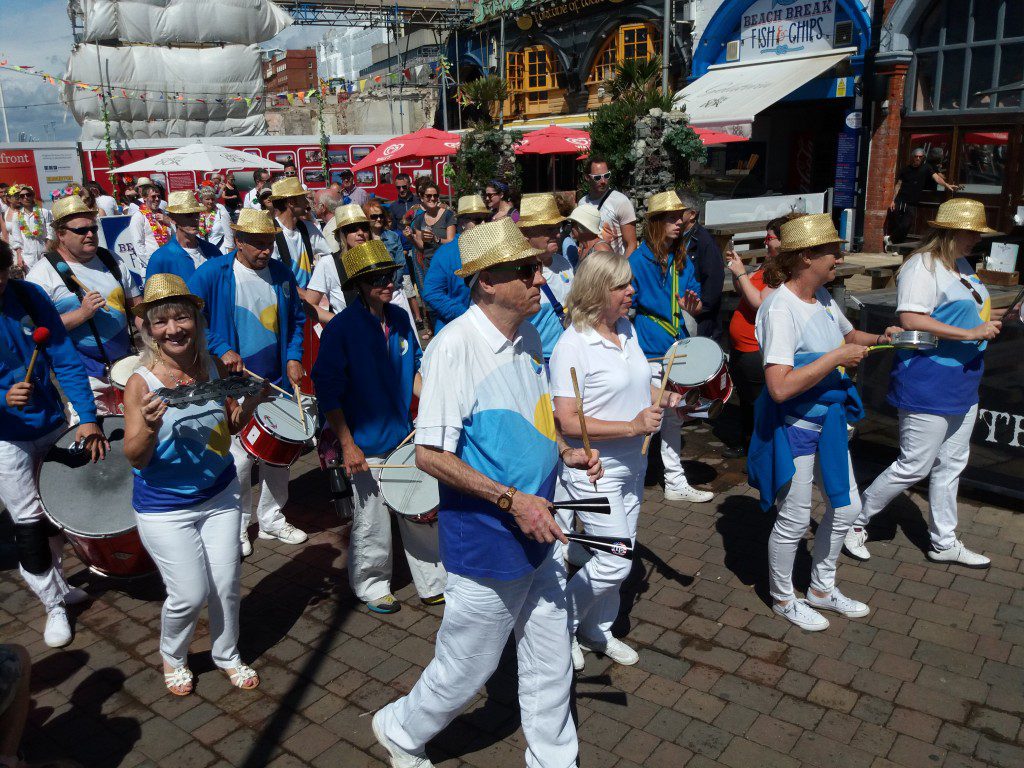 Samba beats at their best! There was hardly anyone who didn’t join in with the rhythm.

Only a few hundred metres further, things were getting hot and sweaty on the Basketball courts. 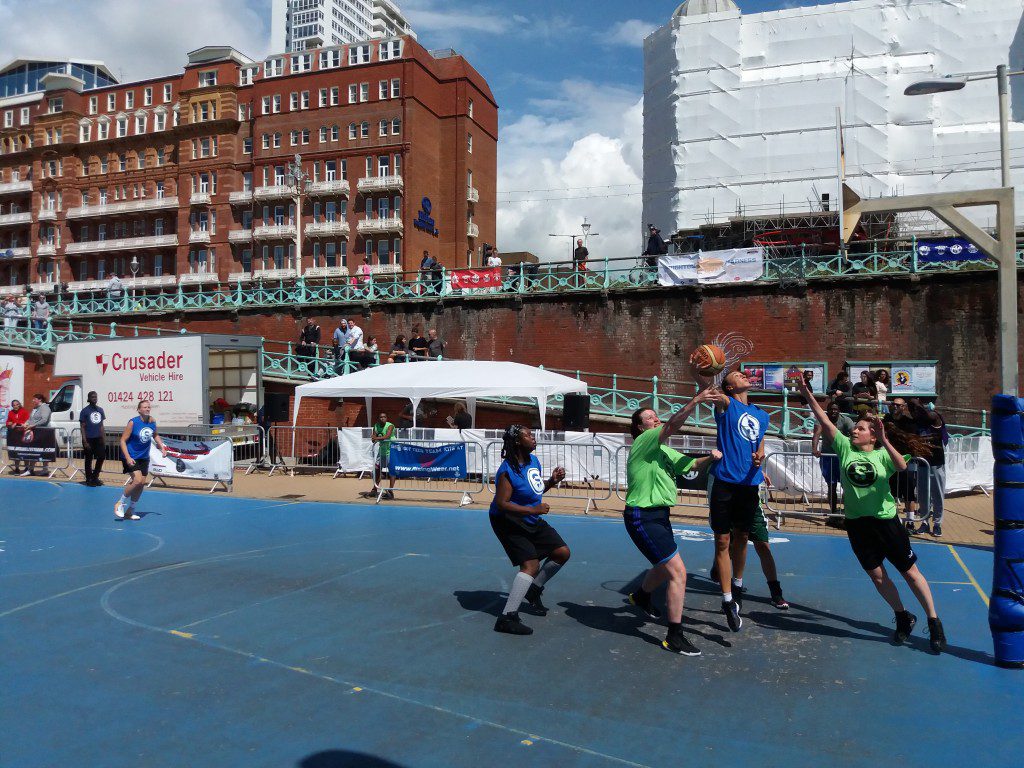 As part of this year’s Brighton Summer Madness, the city’s female basketball players were competing against each other on the court, having people stop and quickly pick a team to cheer for. 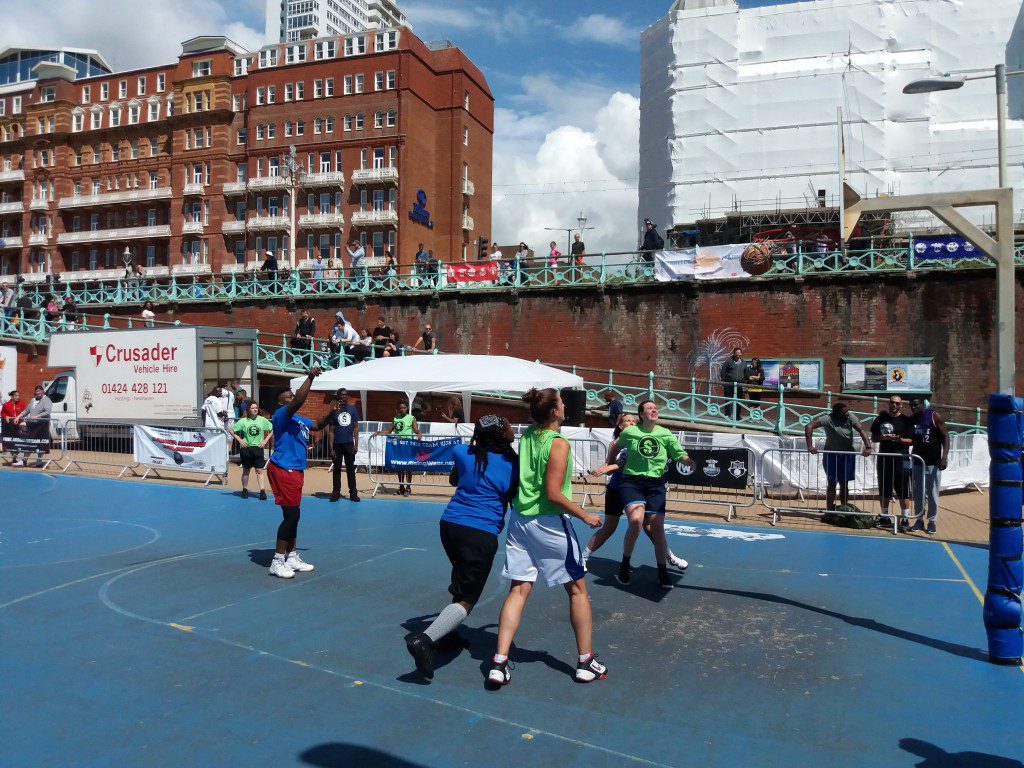 Free throw for the blue team! And she did it! 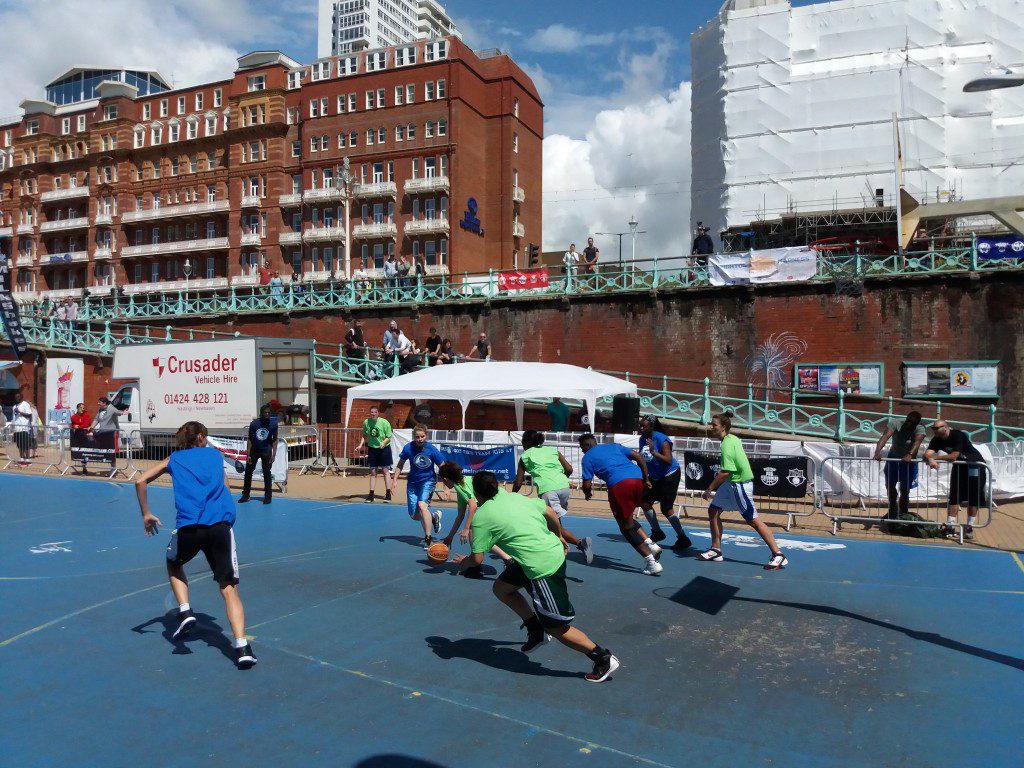 But the greens didn’t take long to start their counter-attack.