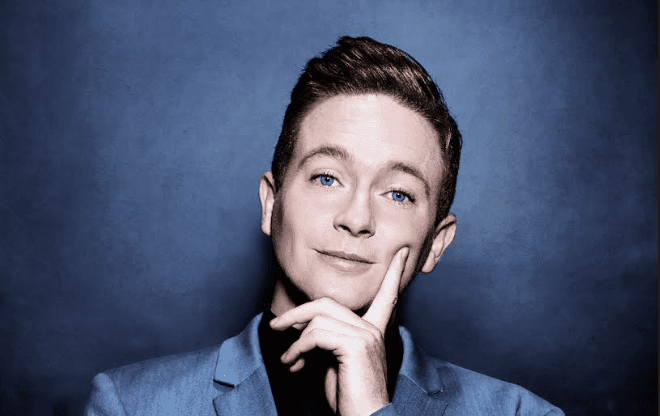 Stephen Bailey, a side-splitting stand-up comedian who charms audiences up and down the UK with his quick wit, answered a few questions for us ahead of his upcoming Brighton show. He will be performing Can’t Be Bothered at Komedia on Thursday 26th March 2020 – grab tickets while you still can if you feel like a good laugh!

This Q&A will have you giggling from start to finish, so if you’re on public transport, get ready for some awkward stares while you chuckle away to yourself. We discussed where he got his humour from, the most exciting moment in his career so far, the reason he got into comedy, and much more! By the time you finish reading this you’ll understand why Stephen has been labelled “A superstar in the making” by British Comedy Guide. Enjoy!

What’s a day in the life of Stephen Bailey like?

Honestly, it’s normally me on the hustle for work or working. But I’m such a homebird so it probably involves family and some sort of cooking – and always a full fat coke!

Where do you think you got your humour from?

My parents – they are so funny and joyful! Our home always has/had laughter and us all taking the piss out of each other – I’ve just made it a career option too.

Who/what has inspired you the most?

I definitely get my work ethic from my parents, they worked all the hours god sent to allow us to have our caravan holidays in Blackpool.

What made you decide to become a comedian?

I loved entertaining and I’m a feminine, gay, working-class man – they were already laughing. I thought I may as well charge the fuckers!

What’s the most exciting thing you’ve worked on in the past, and are there any projects coming up that you’re particularly looking forward to?

There are several things coming up that obviously I can’t say just yet – but that makes me feel very fancy so I’m going to stick with that answer.

A dream come true for me was Live at the Apollo – it feels like graduation day for a comic. You work so hard for so long for very little. It was a happy day. And they got me a Nandos!!

Do you get nervous on tour/performing shows?

Only if no one comes…

If you weren’t doing comedy, what would you be doing?

I’d still be at Sainsbury’s and I’d be there very happily.

What’s your favourite thing about Brighton?

I think anywhere that has some seaside is so good for you mentally! A brisk walk along the beach is the perfect tonic for anyone.

What can you tell us about your show Can’t Be Bothered?

We’re in a time of cancel culture so if you’re not saying something exactly how we want it to be said, you’re clearly an awful human. I just can’t abide the attitude we’ve all developed – or rather this strange nobility we enjoy by making someone a villain so we can play the hero! I don’t like this attitude and I’ve just hit a point where I don’t want to have to defend myself for being myself, trying my best and doing my bit for the world – I simply can’t be bothered!