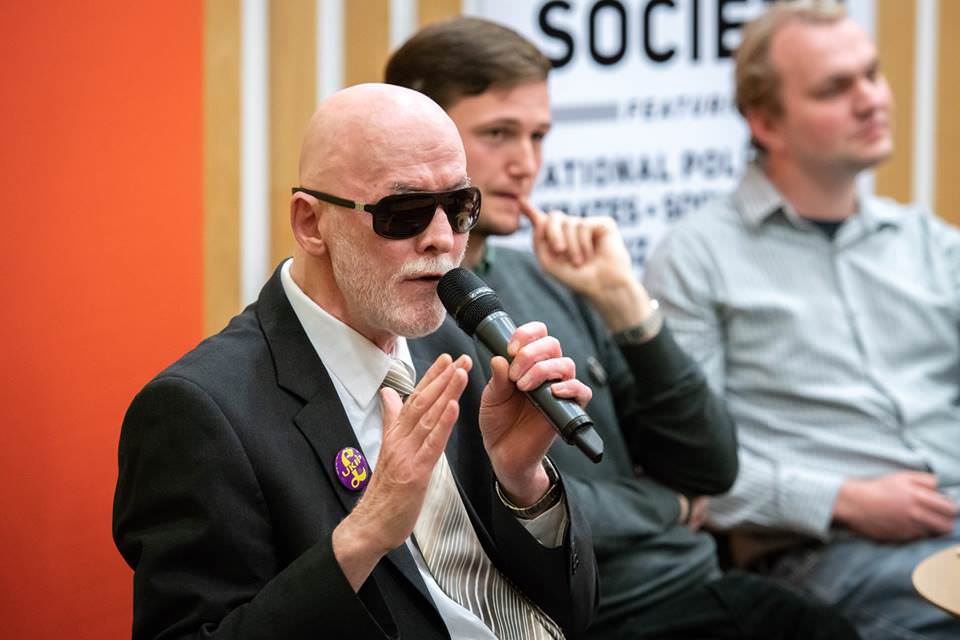 Tomorrow, Brighton and Hove will head to the polls for the local elections to decide the direction of the city for the next four years.

Among the six different parties running is the eurosceptic party UKIP, which are hoping to capitalise on animosity towards the main parties over Brexit.

The party has never held a seat in Brighton and Hove, but Nigel Furness, the party’s candidate in Central Hove, believes that the party has a good chance of holding the balance of power.

He said: “All of the other parties say we are a horrible, right-wing organisation, but the very reverse is the truth. We’re the most democratic organisation in the city.”

So what would UKIP councillors do Brighton and Hove residents if elected tomorrow?

Being innovative on housing

In the party’s manifesto, UKIP plans to pursue a building programme for new homes, prioritising local people in the city. Furness says that the local council needs to be more innovative in their plans for housing in Brighton.

“It’s not so much that we have a lack of land, we need to use the land we have available widely,” he explained.

“We believe we must have a housing programme where every innovative idea will be used and every parcel of land will be used sympathetically. In Tokyo, they are going eight to ten levels underground, with supermarkets, factories, places that don’t need the light of day, because their land value is the highest in the world. This is what we need to do.”

However, Furness is extremely critical of the Liberal Democrats’ proposal to build new housing on Hollingbury Golf Course and said that building on green belt isn’t acceptable.

“The Liberal Democrats are saying they will build all over the most magnificent space. These green lungs are essential,” he said.

On tackling homelessness, the party supports plans for a permanent night shelter in the city.

Furness said: “We totally agree with the council supporting accommodation for those currently in need. To have a roof over your head, whatever the weather, is a basic human right. There must be something, no matter how basic.

That said, he is critical of the ‘fake homeless’, who he claims take to the streets to get money for utility bills, alcohol and cigarettes.

“I know virtually every one of the faces from the Old Steine right the way through to George Street in Hove, and hardly one of them is properly homeless. What gets me is that they’re causing people to do dreadful things to genuinely homeless people.”

“It’s childish in its naivety “

Another area of concern for the party is the proposals for Valley Gardens, which include a five-lane highway and a T-junction by Brighton Palace Pier.

Furness was heavily critical of the plans to get rid of the roundabout, calling it “insanity on steroids”, and said the proposals will cause more pollution and congestion in the city.

He asked: “If you want less fumes, doesn’t it make more sense to move from A to B as soon as possible?”

Furness believes that money towards the scheme would have been better spent on a more radical alternative to dealing with the city’s transport issues – an underground metro network.

“A bus can go no faster than an ambling push bike on Western Road, and they wonder why people want to get into their cars. If we’re a city, we should start acting like one, and that means having an underground [network].”

He even toyed with the idea of having cable cars stretching across the variety of valleys in the local area.

“From the top of Dyke Road, you could glide all the way to across to Patcham, several hundred feet up in the air. And these things would create jobs, both in the construction and in the running of them,” he explained.

“I can’t see how it’s not a win-win situation.”

“We are a party of the working class”

UKIP have also been critical of the way both the Green and Labour administrations have handled waste and recycling in the city.

Furness said: “Brighton used to be the envy of everywhere in Sussex and the parks won national award after national award. Why don’t we have that anymore? The Green administration decided too much money was being spent on this sort of thing. The Greens are nothing if not hypocritical.”

He added that the issues with recycling in the city don’t stem from the workers, who he claims support the party, but with ever changing management at CityClean.

“UKIP would immediately go and meet those workers and initiate constructive talks.

“We support the workers. We are a party of the working class. We would listen to the guys that do the job – they know what’s needed.”

Events in the city

Whilst the party welcomes the big events that are held in Brighton that encourage tourism and boost the local economy, Furness wants to see residents put first and have their issues with such events heard. He would like to see events held across the city, not just in the centre.

“I am in no way against events and no way am I against vibrancy. All it takes is a bit of thought – spread the load. Residents pay a lot of money to live in that area and they must get a looking here, because this isn’t fair.”

“We will hold the balance of power on the council”

Despite Brighton’s reputation as a left-wing city that voted heavily for remain in the EU referendum, Furness is still convinced that UKIP will do well in the election tomorrow.

“UKIP suddenly came from nowhere five years ago to become the official opposition party on West Sussex County Council [in 2013]. We went round to the places where the liberal metropolitan elite were not visiting,” he said.

“We will hold the balance of power on the council, and that’s going to be very interesting. We are appealing to what a lot of people call untouchables. These are the people who feel completely and utterly forgotten, lied to and put upon.

“They have a voice and they’re going to use it.”