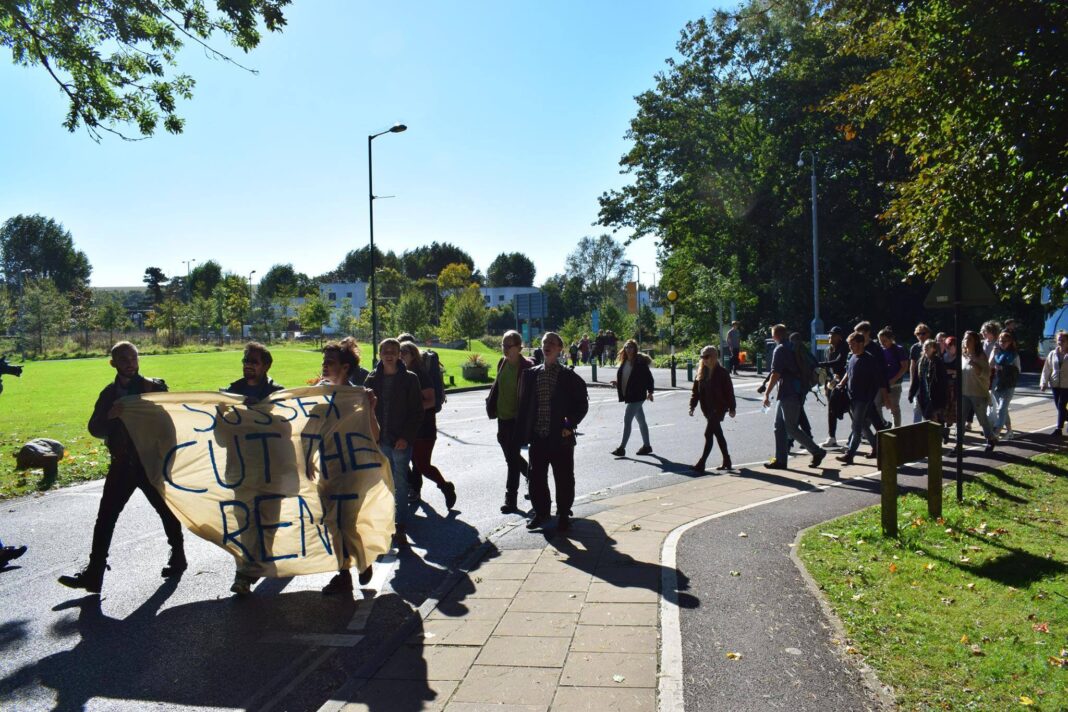 It’s no secret that renting in Brighton is not cheap, especially when you’re on a student budget. After finding the University of Sussex made three million pounds profit from its housing services in the last three years, a group of students decided to take matters into their own hands.

They formed a group called ‘Sussex, Cut the Rent’, campaigning for more affordable and better quality student housing. The group calling for three things; rents which are never more than 70 per cent of student loans, accommodation fit for those with disabilities, and the democratisation of the management of halls.

Sussex, Cut the Rent, continue to meet regularly. Not surprising, considering the fact the national average cost of student accommodation has risen by almost 25 per cent over the last seven years.

Speaking to the Guardian, Shelly Asquith, vice president of welfare at the National Union of Students, said: “The main concern is that (student) income, and their loans and grants, have not been rising at anywhere near the same rate.

“We’re now in the situation where the average rent for students is the equivalent of 85% of your maximum loan and grant if you’re coming from the poorest background, which doesn’t leave you much money for other bills, food, social life or anything else.”
You can find out more about Sussex, Cut the Rent, by visiting their Facebook page.